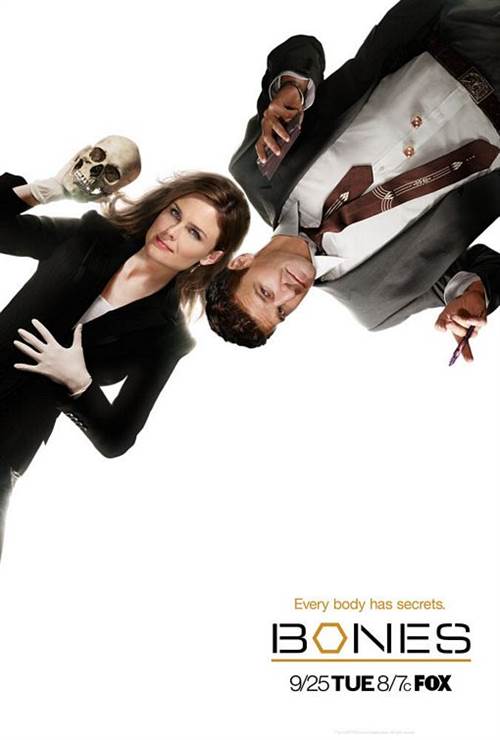 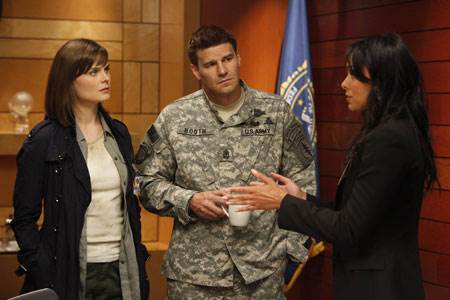 A prosaic forensic anthropologist and a cocky FBI agent build a team to investigate death causes. And quite often, there isn't more to examine than rotten flesh or mere bones.

Stream Bones in Digital HD/4K from the AppleTV store.


Bones Contest Being Held by Twentieth Century Fox Home Entertain...  4/4/2013 4:32 PM EST
Listen up, "Bones" fans! Twentieth Century Fox Home Entertainment has kicked off a contest this week via the show's official Facebook and Twitter channels.  Check-in to Bones with the iPhone Movie Clock App.https://twitter.com/BONESonFOXhttps://www.facebook.com/BonesFans  can ask their questions using the hashtag #BonesFanEvent and show producers will select their favorites to be included on the f...  More>> 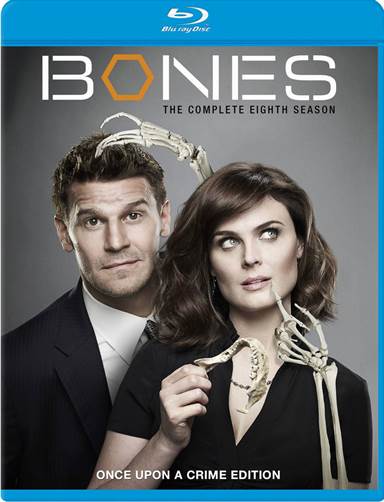 Have you visited your local police station lately? Now, you don't need to confess to any nefarious activities to answer in the affirmative: this is a completely innocent question designed to merely ferret out how many readers might be aware of what their local precincts look like. My own nowhere near representative experience with such matters is that police stations are often housed in older buildings, some of them approaching the decrepit, where fluorescent lighting showers its hideous white rays on often ghastly looking old plaster walls and dinged up desks, chairs and tables. Bones is another series with a rather improbable high tech appearance, but at least in the case of this long running Fox series, most of what appears to be the very expensive trappings of the Jeffersonian Institute are part of the Federal government, which supposedly has even more spare change lying around which it can throw at supposedly arcane divisions like the one where Dr. Temperance "Bones" Brennan (Emily Deschanel) plies her trade of forensic anthropology.

Bones was one of several series which popped up in the wake of CSI: Crime Scene Investigation, a show which reinvigorated the procedural and perhaps, like the iconic Mission: Impossible series of decades ago, tended to emphasize plot over character. Bones' great contribution to this genre is that it actually offered characters that were at least as important to the show's ultimate success as its often convoluted plot twists and quasi- scientific blather. The biggest part of this character aspect in Bones has been the wonderful, often witty, interplay between Deschanel's Bones and David Boreanaz as FBI Agent Seeley Booth, a relationship which has followed the time honored trope of bickering opposites who ultimately give in to their deeper impulses.

That very emphasis on character has arguably been both Bones' greatest strength as well as its largest detriment, at least when the show's writers engage in overly melodramatic subplots that tend to put one or more characters in some kind of jeopardy. This is certainly nothing new for this (or indeed any) kind of show, as current lovers of another acronymic procedural, NCIS, can attest. A few years ago we saw Seeley in mortal danger, felled by a brain tumor and supposedly at death's door (yeah, right). And this season picks up with last season's supposed cliffhanger which sees Bones herself as a wanted fugitive who is suspected of having committed a murder (did I already say yeah, right?).

Bones does take a page out of some other procedurals (notably Law and Order: Criminal Intent) by having a "super villain" of sorts who recurs throughout this season, a la CI's Nicole Wallace. In this case, it's hacker (and presumed serial killer) Christopher Pelant (Andrew Leeds), a seemingly mild mannered computer expert who had popped up previously on the show and who already created last season's cliffhanger and is now on hand again this season to continue wreaking havoc for Brennan and Booth. While admittedly still a fairly minor character, his presence gives the semblance of a longer story arc, especially since he shows up again well into this season after having beaten a hasty exit fairly early on.

There's a nice callback to previous season here in one of this year's more interesting episodes, when psychic Avalon Harmonia (Cyndi Lauper, playing a character somewhat similar to her turn in the long forgotten film Vibes) shows up once again to figure out what's happened to a young boy who has evidently been killed. The perspective in this episode is the actual victim's, which lends certain poignancy to the proceedings.

Bones continues to excel at exploiting the various charms of its large and rather colorful supporting cast. My personal favorite this year turned out to be acerbic "jack" of all trades Jack Hodgins (T.J. Thyne), who reminds me of a sort of (more?) manic Adam Savage on MythBusters. Hodgins not only has a reservoir of little quips at his beck and call, he's frequently seen this season performing a series of daffy experiments to prove various theories, and his penchant for paranoid conspiracy theories provides some decent laughs along the way.

While Bones is perhaps starting to show its age, the series still manages to be enjoyably entertaining, if with slightly diminishing returns as the show goes on. This season does see some interesting developments, especially with regard to the morphing relationship between the two leads, but the series also suffers from the same malady that confronts any procedural which lasts this long—how to invest a show which is rote by its very nature with enough varying elements to keep "dem bones" alive enough to maintain interest.

Bones: The Complete Eighth Season is presented on Blu-ray courtesy of 20th Century Fox Home Entertainment with an AVC encoded 1080p transfer in 1.78:1. This latest season follows comfortably in the generally excellent footsteps of the last few seasons' Blu-ray releases, with a sharp and nicely detailed looking presentation that may in fact be a bit too detailed for more squeamish viewers when the close-ups of moldering corpses come into view (which they do with fair regularity). Colors are rather unexpectedly bold and bright for a show of this kind of dour content, and contrast is consistent, helping make transitions from outside field work to the environments of the Jeffersonian (which are admittedly fairly brightly lit most of the time) seamless. Bones: The Complete Eighth Season falls pretty much resolutely in line with the previous Blu-ray releases of this series, with a perfectly fine, if fairly routine, lossless DTS-HD Master Audio 5.1 mix. The show almost always features some sort of surround activity in every episode, with nicely positioned ambient environmental sounds placed around the surrounds, but just as often—in fact, probably more often—the show tends to play out in quieter dialogue scenes which are anchored front and center.

No supplements are offered on this disc.

I personally found myself more involved and engaged in this season of Bones than I have for that past couple of seasons, but I still couldn't help but feel that the series is starting to show signs of increasing age and tiredness, something that really came to bear when once again the same arch-nemesis who gave us last year's cliffhanger returned to do much the same thing again this year. The show still continues to be entertaining in an undemanding way, but there's a decided feeling of being storylines being stretched out and considering how long the show has been running, that's something the writers and producers would do well to keep in mind. There's still probably more than enough here to keep longtime fans hooked, but the writing may be on the wall for Brennan and Booth.