Turning from a NASA career to a lucrative rocket-designing job in the private sector, Spencer and Jillian move to a lavish new apartment in Manhattan. Soon after, Jillian finds out she is expecting - and in keeping with the increase of her new life, she is expecting twins. But something is not quite right with this dream pregnancy, either. As her pregnancy advances, Jillian descends into a nightmare. Is it just pre-partum hormonal craziness, or is there something terribly wrong with Jillian's husband and babies? Is she just paranoid or is there really a conspiracy between Spencer, her doctors and even her closest family and friends to keep her in the dark? And is it just an embittered former NASA employee's (Joe Morton) fantasy, or is she really carrying inside her the end of humanity as we know it?

Download The Astronaut's Wife in Digital HD/4K from the iTunes store. 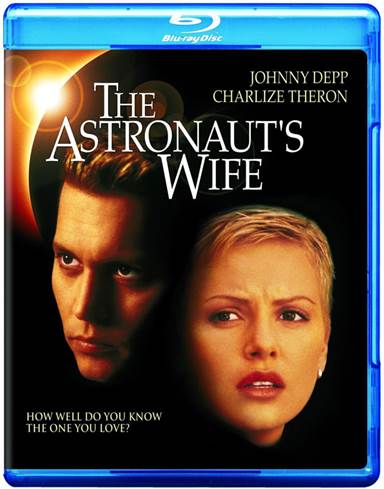 The Astronaut's Wife isn't Rosemary's Baby in Space but it does inch awfully close, though. So close that it invites a host of unfavorable comparisons to Roman Polanski's critically acclaimed 1968 classic. Yes, writer/director Rand Ravich's slow sci-fi chiller sort of works, particularly as it follows Charlize Theron on a rather credible descent into doubt, paranoia and maternal terror. But Theron is no Mia Farrow,  and one actress can only shoulder so much of a film's burdens. And The Astronaut's Wife, as deadly serious as it is desperate to be taken seriously, is no horror classic. It merely drifts past; a late '90s curiosity, lost in space.

Theron plays Jillian Armacost, a newly pregnant housewife edging ever closer to madness after learning that her husband, a respected astronaut who narrowly survived a mysterious explosion in space, may not be her husband anymore. Johnny Depp, meanwhile, is woefully miscast (or at the very least mismatched) as Commander Spencer Armacost, the sleepy-eyed, Southern drawled NASA corpsman and seemingly devoted husband who may or may not be possessed by an alien entity. Jillian tries her best to smother her suspicions, but it becomes increasingly difficult as the kind of evidence only a wife would notice begins to mount. Still, she continues to resist her instincts, turning away fired NASA analyst Sherman Reese (Joe Morton), even as he offers her proof. The audio recording he plays shakes her out of her stupor, though, as does a VHS video that follows soon after. As her pregnancy progresses, Jillian finally has to confront a horrible truth: if Spencer isn't human, her unborn twins, conceived after her husband's return to Earth, might not be either.

Depp tries to spruce up the good commander and give him a few defining quirks, as is the eclectic actor's M.O., but it undermines much of what the director is trying to accomplish through the film. Spencer is meant to be both an average joe and, possibly, a clever chameleon; a man so normal and husbandly that Jillian, and by extension the audience, is unsure of what to think or believe. Has Spencer been hijacked by an alien? Is he simply traumatized after a near- death encounter? Or is Jillian suffering some form of mental breakdown? Unfortunately, Ravich spoils the very same mystery he goes on to drag out for the better part of an hour, making it all too clear all too early that something out of the ordinary, whatever it was, did indeed happen during the commander's latest space walk. It's obvious the moment Spencer and his fellow astronaut, Alex (Nick Cassavetes), return to Earth, tight-lipped, dismissive and, for one of them, on the brink of seizure-induced death. And if that doesn't clue you in, Alex's instability and grisly end (by way of spontaneous hemorrhaging and bleeding) certainly should.

The story repeats itself far more often than it should, dialogue is downright silly at times, and Ravich's pacing, sluggish but deliberate, seeds more pretension than tension. The film has its moments, sure and its supporting performances are serviceable. Not airtight, but serviceable. Ravich, though, demands too much leeway. Any movie goer is willing to suspend disbelief or allow a few plot holes. Movies are rarely airtight, but there are always a few that want to come off as more than they actually are and that's what we have here.

Astronauts under such duress, refusing to answer questions and peering at anyone who asks with sinister intent, wouldn't be sent home with a pat on the back and a get-back-to-your-lives. NASA, God rest its soul, wouldn't dismiss anything with a "don't worry, kiddo, that's static," even in 1999. Particularly when that noise clearly isn't static, it's some otherworldly demon cry created to induce nightmares and cause widespread panic. For that matter, wouldn't the big brains and big wigs at NASA raise an eyebrow or two if a pair of unconscious astronauts somehow made it back to Earth in one piece after a horrific explosion? This could go for a while, but you get the idea.

Even the Blu-ray of this film offers little. Actually, "little" implies that there is something which in fact there isn't. While it does look and sound nice on your home screen that's all you're getting out of this feature. There are no bonus features to speak of. Perhaps that's a good thing?

In the end The Astronauts Wife is a serviceable film that asks little of its audience. 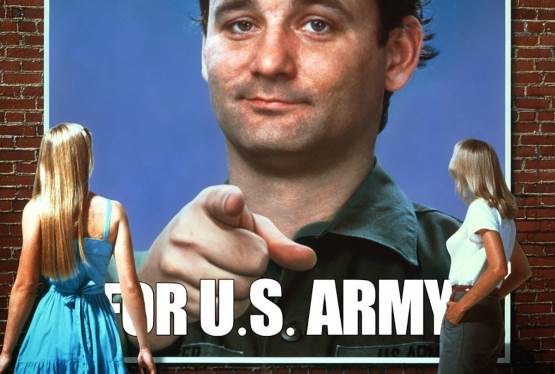