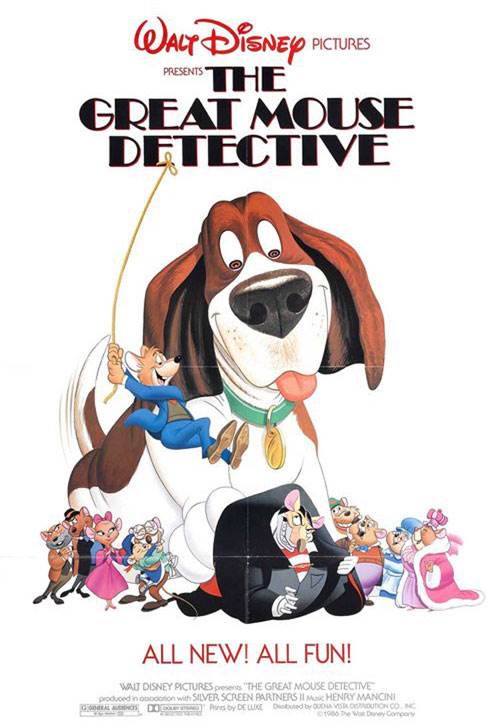 Based on the children's book series Basil of Baker Street by Eve Titus, it draws heavily on the tradition of Sherlock Holmes with a heroic mouse who consciously emulates the detective; Titus named the main character after actor Basil Rathbone, who is best remembered for playing Holmes in film (and whose voice, sampled from a 1966 reading of "The Adventure of the Red-Headed League" was the voice of Holmes in this film, 19 years after his death). Interestingly, Sherlock Holmes also mentions "Basil" as one of his aliases in the Arthur Conan Doyle story "The Adventure of Black Peter".

Stream The Great Mouse Detective in Digital HD/4K from the AppleTV store. 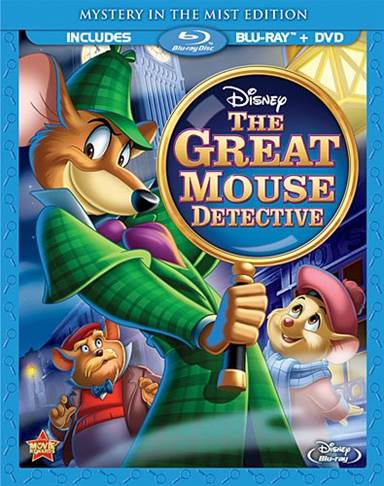 Sherlock Holmes is in the midst of yet another pop culture resurgence. Guy Ritchie and Robert Downey Jr. have brought the titular master sleuth back to the big screen. Twice. Steven Moffat and Mark Gatiss have transplanted Holmes and Watson into the modern age in the BBC's terrific Sherlock series. And Johnny Lee Miller and Lucy Liu are giving it a go on CBS with the entertaining Elementary. It's only fitting then that Disney's 26th animated feature, The Great Mouse Detective, is at long last making its Blu-ray debut. It isn't the finest film in Disney's animated canon, or even the studio's finest classic feature of the '80s, but it is an entertaining little adventure, full of sleuthy fun, action-packed mystery and pint-sized peril primed for kids of all ages.

The Great Mouse Detective tells the tale of a mouse named Basil (voiced by Barrie Ingham) who just so happens to live at 221B Baker Street, in a warm, cozy hole beneath the home of famed detective Sherlock Holmes. Though a bit manic, Basil is as brave and brilliant as Holmes, willing to take on the toughest cases, particularly those involving his sworn nemesis, the mad Professor Ratigan (Vincent Price). When the evil genius kidnaps a toymaker (Alan Young) and demands he build a robotic replica of the Mouse Queen (Eve Brenner) -- in a nefarious plot to take over England, of course -- the toymaker's young daughter Olivia (Susanne Pollatschek) seeks out Basil in the hopes that the mouse detective can find her father. Basil, in turn, elicits the help of British Army Major and doctor David Q. Dawson (Val Bettin), Holmes' Basset Hound Toby and Olivia herself to stop Ratigan and his henchman, among them right-hand bat Fidget (Candy Candido) and pet cat Felicia, from gaining control of the mouse throne.

If The Great Mouse Detective strikes you as brisker and bristlier film than some of the other films from the house that Walt built, you can thank co-directors Burny Mattinson, David Michener, Ron Clements and John Musker. If the names Clements and Musker sound familiar, it's because they should. The pair went on to direct both The Little Mermaid and Aladdin, both of which left a lasting stamp on Disney Animation. In many ways, The Great Mouse Detective finds the Disney duo doing what they do best: infusing an animated film with real momentum, both narratively and visually. Disney's 26th animated feature clips along without a shot or scene to spare, and Clements and Musker don't waste any time establishing the rules of Basil and Ratigan's cat-n-mouse game. If it isn't a narrow escape from a death trap, it's a kidnapping, an excitable hunt for clues, a bar brawl, a shocking setup, a mechanical coup, a hot air balloon chase, a dizzying climb up the gears of Big Ben, or a harrowing battle above the city on the hands of the tower's clock. The story itself is rather slight, but there are enough endearing character beats, cerebral gymnastics, daring heroics and satisfying reunions to ensure the adventure is never anything less than thrilling.

As essential animated classics go, though, The Great Mouse Detective doesn't linger in the imagination. It's cute, clever even, and hints at a series of sequels that sadly never came to be. Yet it never quite steps out of the shadow of Sherlock Holmes, nor does it have the unforgettable connective character tissue the Disney Greats boast. In scurrying from story point to story point, Basil and Dawson have little time to relish their roles as Holmes and Watson in miniature, and even less time to do anything other than react to Ratigan's sinister schemes. Actual mystery-solving is abandoned long before the arch-enemies come face to face, and action supplants careful storytelling far more often than not. Disney Animation was obviously eager to prove it could still succeed with feature films, especially on the heels of The Black Cauldron, and the characters take a back seat to all the excitement, which kids will simply eat up.

The Great Mouse Detective Blu-ray is a quality affair, featuring a video transfer that doesn't enthrall exactly but its quite refreshing in many ways. Many of the original's blemishes, scratches, and other hiccups are still there on the Blu-ray and while some could argue it's distracting, it actually works with the film instead of against. Audio-wise there isn't much to say, while the musical score does come through nicely it lacks a certain pop. Not much to be exited about when it comes to special features, there's a very brief "Making of The Great Mouse Detective" featurette, a "So You Think You Can Sleuth?" rundown of crimes and crime-solving through the ages, and a "World's Greatest Criminal Mind" sing-along.

The Great Mouse Detective isn't an undisputed classic, but it is a pre-Disney Renaissance delight with plenty of charm and adventure ideal for kids of any age. 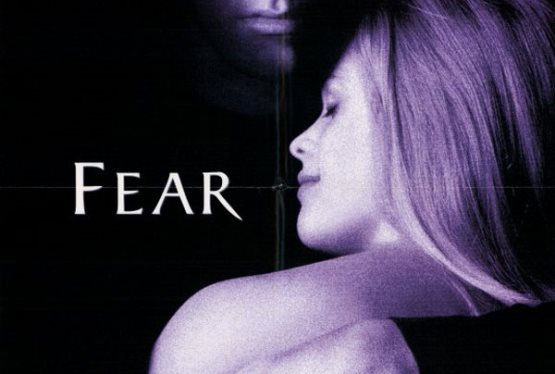