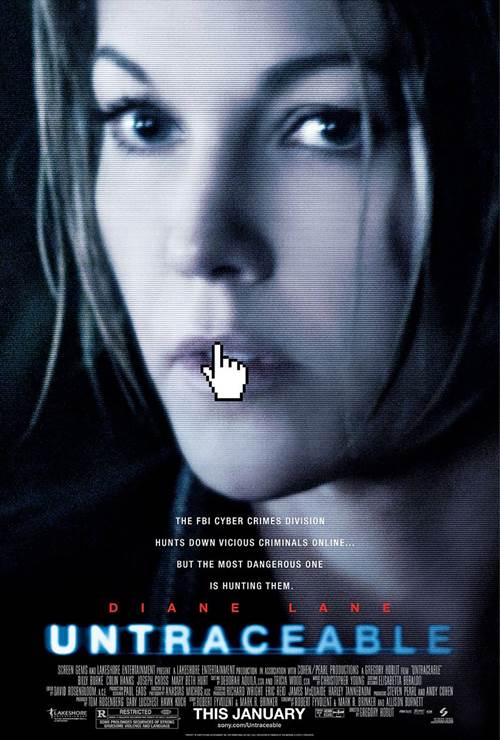 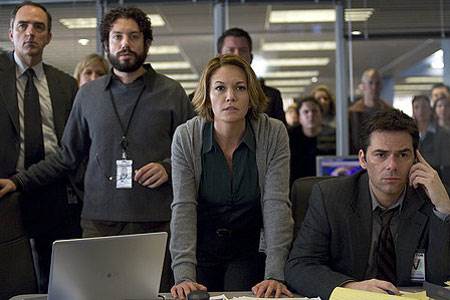 A group of cybercops finds themselves grappling with a megalomaniacal, murderous psychopath who uses the Internet to show off his grisly handiwork, rigging his site so that his remaining captives' fate depends on how many viewers it attracts. Led by FBI Agent Jennifer Marsh (Diane Lane) and working against the clock, can the team apprehend the technologically brilliant killer? Colin Hanks and Mary Beth Hurt also star in this tense thriller.

Download Untraceable in Digital HD/4K from the iTunes store. 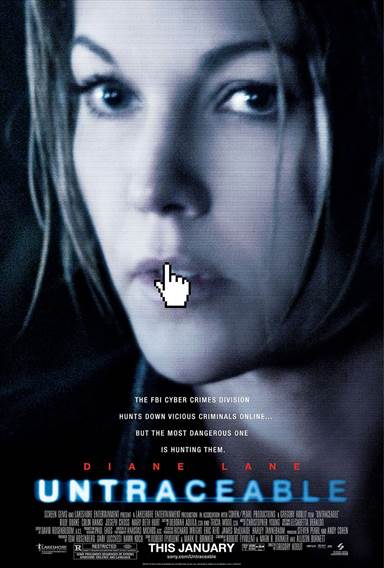 January is usually the dumping ground for movies that didn't cut it for the holiday season, but starting in 2008 with Cloverfield and now Untraceable this is no longer the case.

Untraceable's suspense never lets up , and with quick witty dialog by the characters (and a great performance by Tom Hank's son, Collin Hanks) the movie is over even before it starts. While most movies fall into the typical plot devices and settings Untraceable easily avoids them.

When a studio decides to mix technology and movies they usually have two dilemmas.; How to make the movie understandable for the normal moviegoer and the technological advanced once (aka geeks) Most movies choose to dumb down the "cyber talk" however Untraceable gets it right, even with the correct using of TTL (Time to Live)

In general, today's audiences have been desensitized to gore and even crave it with movies such as Saw or Hostel. In fact from the opening of Untraceable you would think this will occur, but Untracacle's director, Gregory Hoblit is extremely skillful and takes his cues from Alfred Hitchcock and just shows enough for our imagination to take over for the rest.

From the teenager to the baby boomer Untraceable offers something for everyone, action, suspense, an intelligent story that is relevant to our times, and something to keep everyone entertained during the cold days of winter.