After 10 years of serving his country as a covert operative, Michael Westen is living every spy's worst nightmare. While in the middle of a dangerous mission in Nigeria, Michael's "contact" informs him that he has been burned. When a spy gets fired, he doesn't get a call from human resources and a gold watch. In Michael's case, they jeopardize his life, freeze his bank accounts, dump him in Miami, and flag him on every government list known to man. They burn him. Now Michael has a much different mission: he must find out who issued his burn notice and why he was blacklisted so that he can put his life back together. As he gets closer to the truth, Michael scrapes by helping out whoever needs his services — mostly desperate people who can't go to the police. Using his Special Ops training, some duct tape, and his sardonic humor, Michael becomes a reluctant hero. It's a dangerous gig, but it's the best he can do . . . for now

Download Burn Notice in Digital HD/4K from the iTunes store. 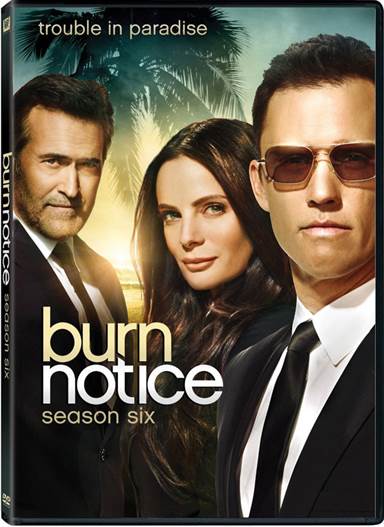 Every season offers producers and writers chances to go new places with their characters.  For season 6 of Burn Notice, that lead to some darker material than we've seen on the show before. Whether or not that decision was the right course is, as always, up to the audience to decide.

Season six picks up with the aftermath of season five.  The big news here is that Michael Westen's (Jeffrey Donovan) girlfriend Fiona (Gabrielle Anwar) is in prison for a crime she was framed for.  With the help of Sam (Bruce Campbell) and Jesse (Coby Bell), Michael will do whatever it takes to get Fiona out of prison.

The biggest threat they need to take down is Anson (guest star Gere Burns), the man who burned Michael all those years ago and framed Fiona today.  But getting at this man so used to hiding won't be easy.  Especially since he seems to have some help, which means there's yet another level to this conspiracy.

The producers made a conscious decision this year to get away from the client of the week plots they've done in previous seasons.  Or so they claimed.  The first part of the season actually felt very familiar, the only difference being instead of someone hiring them to do a job, they were doing these jobs in exchange for help taking down Anson.  These cases of the week did diminish some as the season went along and the overall story ramped up.

Fiona actually spends quite a bit of time in prison early in the season with her own plots and sub-plots that run parallel to what the guys are doing on the outside to get her freed.  A few of those were interesting, but by the time we got her out, it was satisfying to see her out.

But just about then, the season took a dark turn.  While the show has always featured our character going up against overwhelming odds, things got out of hand in the second half.  Despite the fact that the show has been dealing with smugglers, kidnappers, drug dealers, and other serious criminal elements, there was always been a bit of fun to it that helped lighten the mood. But here, things got personal and downright depressing. You couldn't help but continue to watch but a lot of the enjoyment was gone.

Of course, the show still comes complete with great action sequences every week and the acting is still top notch.  The actors were required to add some depth that wasn't there before, and they did it well. Even though her role isn't as significant to the main plot as everyone else, Sharon Gless still remains a regular as Michael's mother Madeline and its always fun when she gets more involved in things.

There were 18 episodes this season and all of them are present in this set in their native wide screen and full surround.  Extras consist of deleted scenes, a gag reel, and a commentary on "Shock Wave," the game changing episode of the season.

Overall season 6 of Burn Notice was enjoyable, but the darker tone kept it from being as fun as previous seasons.  If you aren't familiar with the show, go back to the beginning for the fun, wild ride.  And if you are already a fan, you'll still want to check this season out to find out just what happens next to Michael and his crew. 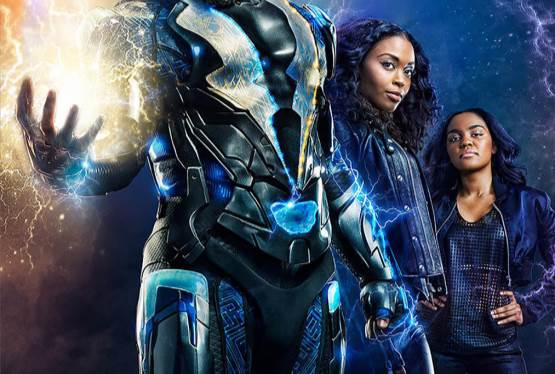