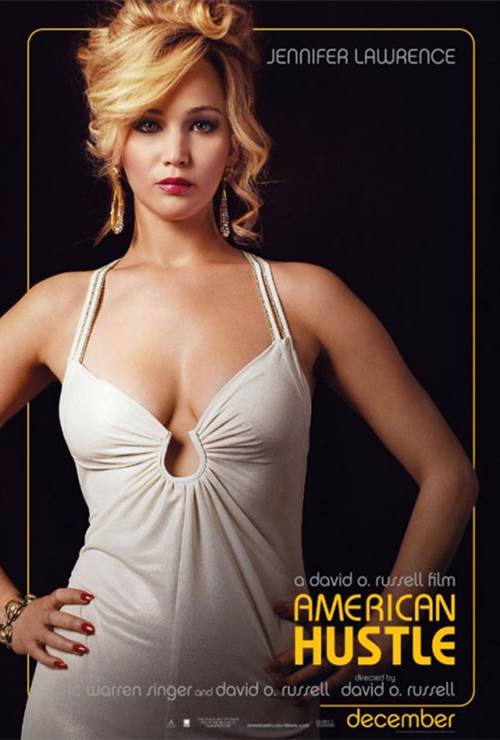 A fictional film set in the alluring world of one of the most stunning scandals to rock the States, American Hustle tells the story of brilliant con man Irving Rosenfeld (Christian Bale), who along with his equally cunning and seductive British partner Sydney Prosser (Amy Adams) is forced to work for a wild FBI agent Richie DiMaso (Bradley Cooper). DiMaso pushes them into a world of Jersey powerbrokers and mafia that’s as dangerous as it is enchanting. Jeremy Renner is Carmine Polito, the passionate, volatile, New Jersey political operator caught between the con-artists and Feds. Irving’s unpredictable wife Rosalyn (Jennifer Lawrence) could be the one to pull the thread that brings the entire world crashing down. Like David O. Russell’s previous films, American Hustle defies genre, hinging on raw emotion, and life and death stakes.

Download American Hustle in Digital HD/4K from the iTunes store.

Listen to the American Hustle soundtrack on Apple Music. 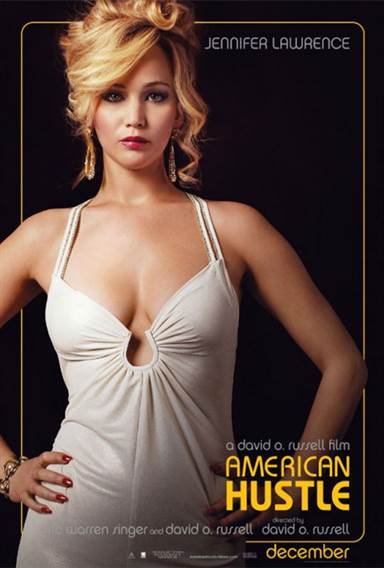 Wacky and wild the comedy/drama American Hustle puts on a great show from the glitz and glamour of the nightlife to the plunging necklines of the women who make it a madcap piece of work. The film takes you on a journey, no an adventure, in the realm of the con artist and provides some nice twists in this sordid plot to turn chump change into a literal fortune.  This non-stop work of art rises far above most of the movie entertainment released this year.

Loosely based on a government sting operation called Abscam, where the FBI investigated corrupt officials using known con artists, the film fictionalizes the operation with unforgettable characters and an off the wall script that turns misadventure into comedy chaos.

The film centers on Irving Rosenfeld (Christian Bale) and his partner Sydney Prosser (Amy Adams) who hustle the rich for a living.  During one of their swindle operations they get taken down by crack FBI Agent Richie DiMaso (Bradley Cooper).  Richie talks his FBI Chief into a plan where they can use Rosenfeld and Prosser to target Congressmen who are on the take or open to a get-rich-quick scheme.  Using a fake arrangement involving Sheik Abdullah (Michael Peña), the three set out to bring corruption in New Jersey, Pennsylvania and Washington DC to an end.  What happens however becomes a deal that's "one for the books".

The operation gets very out of control and the main characters have to add Rosenfeld's reluctant wife Rosalyn (Jennifer Lawrence) to the scheme.  Director and co-writer David O. Russell, who brought The Fighter and Silver Linings Playbook to the screen, keeps his prior cast working in this very creative film of crime and deception.  His characters are incredibly funny, larger-than-life and fascinating. O. Russell shows the silly side of the group, their blunders, and the 70-80's hair and dress, as they tangle with the law and their target in a scam that gets hilarious.

While Bradley Cooper continues his persona from Silver Linings Playbook that works here as well, the others being a whole new perspective to their performance.  Amy Adams as Sydney struts around in plunging necklines that go from neck to waist showing more of her lovely figure each time she has a costume change.  It may be 70's attire but for this film it's nicely exaggerated.  She makes the perfect companion for Bale who plays the outlandish Irving Rosenfeld working on his hair as much as the hustle.  He's garish and audacious with a little oddball in between his ears, but he's also a smart con man who knows how to scam even the smartest of marks.

But the show stopper and scene stealer belongs to Jennifer Lawrence who plays Rosenfeld's wife Rosalyn whose looks could stop a running back about to score.  She's a sexpot and a conniver and leads Irving around like a dog on a chain turning her wrongdoings into his.  In one scene she burns up a new fangled cooking appliance called a ‘Microwave' only to complain that it destroys the nutrients.

American Hustle has been rated R by the MPAA for pervasive language, some sexual content and brief violence.

FINAL ANALYSIS: A very cool flick with an excellent ensemble cast. (A)