DADDY’S HOME follows a mild-mannered radio executive (Ferrell) who strives to become the best stepdad to his wife’s two children, but complications ensue when their freewheeling and freeloading real father (Wahlberg) arrives, forcing him to compete for the affection of the kids.

Download Daddy's Home in Digital HD/4K from the iTunes store.


Daddy's Home Getting a Sequel  4/22/2016 4:20 PM EDT
Paramount Pictures and Gary Sanchez Productions have announced that  they will be releasing a sequel to "Daddy's Home".  The film starred Will Ferrell and Mark Wahlberg.Both actors have signed on to reprise their roles, but no word yet on any other casting.  There is also no word on what the film's plot will be.The film will once again be written by Sean Anders and John Morris with Anders directin...  More>> 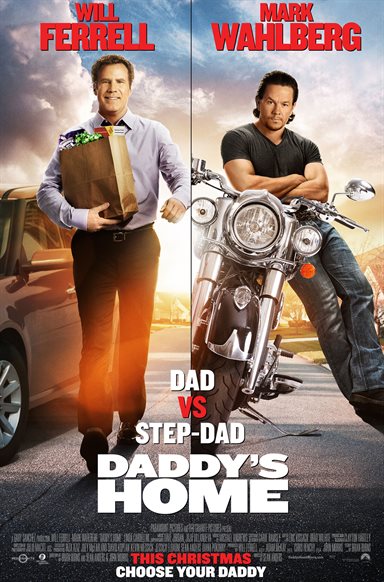 I think I have finally figured out why Will Ferrell (Elf) has a movie career.  It's so he can make moronic comedies that really aren't very funny.  His latest endeavor, Daddy's Home, is more of the same mind numbing antics we have come to expect from him.  I can only hope at some point someone has the common sense to stop hiring him.

Brad (Ferrell) is a sweet guy who only ever wanted children of his own but, sadly, is practically sterile.  When he marries Sarah (Linda Carellini; Scooby Doo), he gets almost everything he ever wanted when he becomes stepfather to her two kids.  He is the perfect father figure, making their lunches, coaching their basketball team, etc.  Unfortunately, Sarah's ex-husband, Dusty (Mark Wahlberg; Ted 2), shows up to sabotage Brad's fairly perfect life and "win" back his family.

Of course, Daddy's Home has everything you would expect from this type of comedy… unrealistic scenarios, inexplicable outcomes, etc.   Unfortunately, for a comedy, it wasn't very funny.  I counted… I laughed 3 times during the whole film.  Anyone expecting the hilarity of Wahlberg's other comedies, Ted and TED 2, will be sorely disappointed.

Wahlberg and Carellini do a decent job and Thomas Haden Church (Sideways) as Brad's Boss, Leo, has a few of the more humorous moments in the film, but those are few and far between.  The actors playing the kids are cute enough, but don't add much to the funny factor.  A delightful minor role played by Hannibal Buress (Neighbors), as Griff, is one of the few saving graces of the film.

Maybe I'm biased because I don't especially like Ferrell, but I found him more annoying than funny and, frankly, I silently cheered every time his character had a mishap on screen.    I thought Brad needed to be slapped across the room almost every time he opened his mouth, but maybe that was what director Sean Anders (Horrible Bosses 2) was going for.  If so, he succeeded!

With so many great movies coming out this time of year, audiences would be better served spending their money on one of the more big budget (Star Wars) or high drama (Hateful 8, Concussion) offerings to spend their money.

As a PG-13 rating, this film was not kid friendly and my 13 year old sat next to me cringing so I wouldn't recommend taking the family to this one.  In fact, wait until it comes to Netflix to catch this movie because after one sitting you will have had more than enough.

Grade: C- (but only because I'm in a Holiday spirit kind of mood) 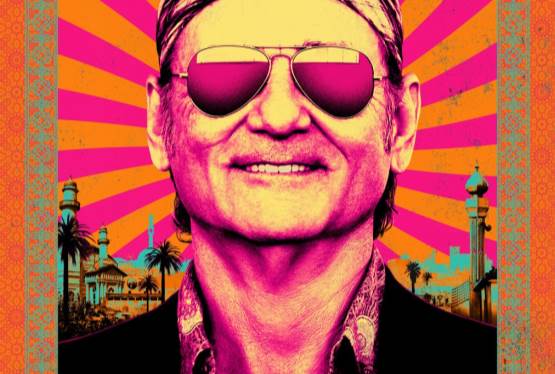