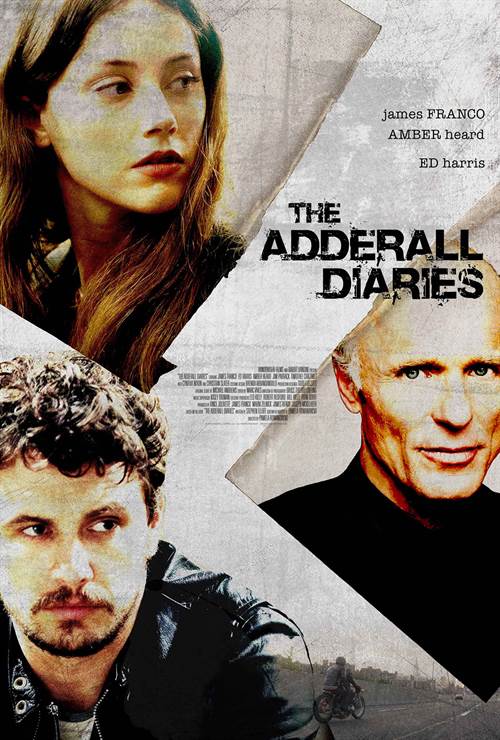 James Franco plays Stephen Elliot, a once-successful novelist paralyzed by writer's block and an escalating Adderall dependency, who becomes obsessed with a high-profile murder case as a way to escape his personal troubles. His interest leads him to meet Lana Edmond (Amber Heard), a smart, sexy reporter who gives him unique access to the case. As their relationship takes off, Stephen is suddenly thrust back into the past when his father (Ed Harris), a cruel and vindictive man, shows up to challenge the veracity of the memoir Stephen is writing. As Stephen simultaneously delves into the details of the murder case (which turns out to have some unexpected parallels to his own troubled upbringing) and reunites with his estranged father, he is forced to separate truth from lies and fact from fiction--ultimately leading him to finally reconcile his past and confront his future.

Download The Adderall Diaries in Digital HD/4K from the iTunes store.

The Adderall Diaries images are © A24. All Rights Reserved. 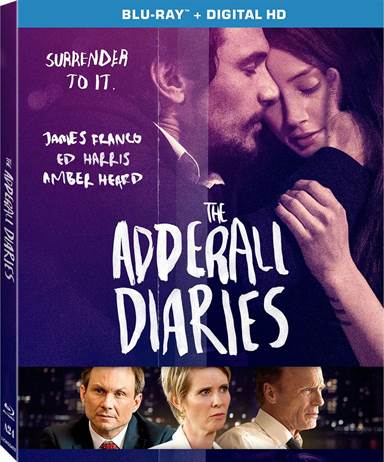 Author Stephen Elliot had a pretty messed up childhood, which lead to varying degrees of abuse – both at the hands of his father and his own drug addiction.  At least that's the way he'd like to remember it.  The truth is probably something a little different.  He chronicles his journey to the so-called truth in his memoir, The Adderall Diaries.  The movie of the same name stars James Franco (127 hours) and Ed Harris (The Abyss) as the estranged father and son.

Elliot had a messed up childhood.  His mother died, leaving him with an abusive father, which lead to the drug addiction and rebellious phase during his teenage years.  As an adult, he has had a successful career writing about his personal history, until one day, his supposedly dead father shows up to one of his book readings to call Elliot out on his bullshit.

Hans Reiser (Christian Slater; Mr. Robot) is a businessman accused of murdering his wife.  As Elliot sits through the trial, he has flashbacks to his childhood and his own father, all while his career and his drug abuse careens out of control.  Elliot also has a love affair with a Times reporter, Lana (Amber Heard; Zombieland), and, also, this time serves to complicate his drug use and sexual submissive tendencies.

While employing a solid group of actors, you can't help but feel there is something missing in the movie.  Harris seems old and defeated as Elliot's father, whose memories of the past are somewhat different than that of Elliot's version.  Franco is alternately annoying and pathetic as the confused and barely functional Elliot.  Heard adds an interesting layer to Lana, who struggles with her own demons.

Writer/Director Pamela Romanowsky (The Color of Time) also struggles with the plot of the film.  There were simply too many plot points and too much symbolism throughout the film to give each component enough time to fully develop.  Some of her angles are short sighted and don't reflect the full range of emotions from the actors.

The 1080p high definition video is skewed do to the gritty style in which Romanowsky decides to film.  The 5.1 DTS-HD master audio is clear and sharp but the mix is sometimes off as the dialog is softer than some of the other audio soundtrack.

The extras on the Blu-ray are virtually non-existent and what is there is generally the typical fare.  There is the obligatory commentary and deleted scenes that don't add much of anything to the story.  The only extra that is really worth watching is Romanowsky's insight into adapting the book into a screen play, what her thoughts were when writing the screenplay, including the actors she wanted to play these characters, and her favorite scenes.

With terrific source material, the movie should have been a deeply moving introspective look at various views of the same memories, but, sadly, falls short.  There is too much going on and not enough insight to truly get the audience fully invested in the plot and the characters.

While I love movies and sometimes like movie adaptations, in this case, I recommend reading the book instead.