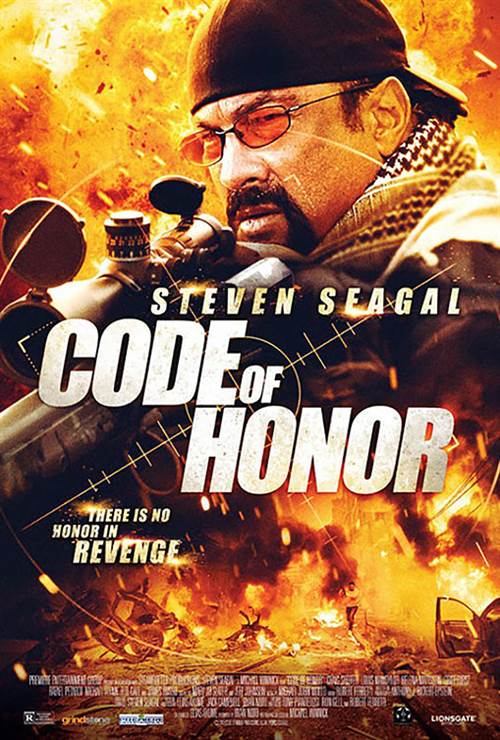 When his family is killed in a drive-by shooting, Robert Sikes (Steven Seagal, Above The Law), a former special-ops operative, vows to rid his city of every last criminal. Sikes' former protégé, FBI agent Porter (Craig Sheffer, The Program), with help from a witness (Helena Mattsson, Iron Man 2), tries to find his vigilante friend before the police—or the maniacal mobster Romano—are able to.

Stream Code of Honor in Digital HD/4K from the AppleTV store.

Code of Honor images are © Lionsgate. All Rights Reserved. 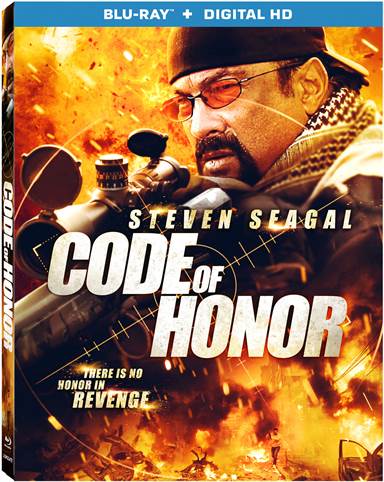 At one point in time Steven Seagal (Above The Law, Under Siege) was considered a true Hollywood bad-ass.  Well, those days are long gone, but Seagal continues to make films that only his younger self could pull off.

Code of Honor stars Seagal as Robert Sikes, a former special-ops operative, who, after his family is killed in a drive-by shooting, goes on a vigilante spree to rid his city of criminals (A poor man's Punisher film). The film also stars Craig Sheffer (Stand Up Guys) who plays FBI Agent Porter who, with the help of a witness to the crime (Helena Mattson; American Horror Story), tries to find Sikes before the authorities do.

What ensues is pretty much what one would expect from Seagal's filmography at this point. The whole plot, and everything else that occurs throughout the film, is a total cliche. It's almost a parody of himself in ways, which if it was a parody, it might actually be a decent film, but since it isn't, the movie is boring, pointless and not the least bit enjoyable.  It is a groan worthy effort at best.

To be honest, Seagal was never what one may consider Oscar-worthy, and this performance is no exception. It's clear that there is simply no inspiration behind doing these films, and not just on Seagal's part. Even the other actors and even the directing, done by Michael Winnick (Shadow Puppets), seemed really uninspired and a bit of a joke. Have you heard actors talk about they "owe" a studio a film? Either they had to back out of a film, or a film wasn't made that they were paid for, etc., and then they need to work on a project that wouldn't normally do, or simply couldn't care less about? Yeah, that seems like the situation here.

Code of Honor is presented in 1080p AVC with a 1.78:1 aspect ratio. While there is nothing terribly wrong with the video presentation, nothing stands out either. Colors are pretty much on par with what you would expect, and there is no artificating, which is common with most new releases. The 5.1 DTS-HD MA also does an adequate job. The center channel does a decent job with the dialog (it is a bit muffled at times) and the rear channels are primarily used during the action sequences in the film.

Sadly, if you were looking for special features with this film, you will be sorely disappointed. Aside from the the normal digital HD copy of the film that now accompanies most discs, there is a trailer for the film itself, as well as a few other Lionsgate titles.

Overall, this film really wasn't worth sitting down to watch; however, if you are someone who loves cheesy/bad movies simply because they are entertaining on some level, have at it.  I wouldn't run out to buy this film, even in that instance.  Try to rent it or at the very least, buy on deep discount.