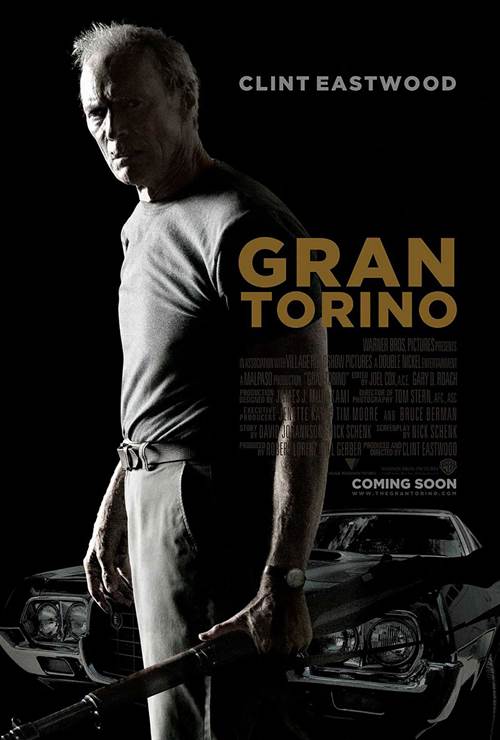 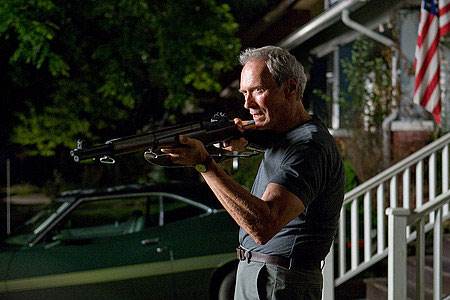 Walt Kowalski is a widower, grumpy, tough-minded, borderline-hateful, unhappy old man who can't get along with either his kids or his neighbors, a Korean War veteran whose prize possession is a 1973 Gran Torino he keeps in cherry condition. When his neighbor Tao, a young Hmong teenager, tries to steal his Gran Torino, Kowalski sets out to reform the youth. Drawn against his will into the life of Tao's family, Kowalski is soon taking steps to protect them form the gangs that foul their neighborhood.

Download Gran Torino in Digital HD/4K from the iTunes store. 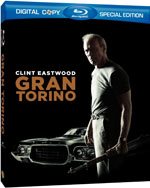 Retired, grisly Korean War Vet Walt Kowalski yearns to lead a simple life, with his Pabst Blue ribbon beer, old dog Daisy and working on his classic Gran Torino automobile. When gang violence threatens his Korean neighbors, Kowalski is thrown into uncomfortable territory, becoming a mentor for a young Korean boy whose gang initiation was to steal the Gran Torino. Starring an aging Clint Eastwood who also produced and directed the film, Gran Torino explores the relationship one man has with his surroundings - however much he wants nothing to do with them.
Gang violence is threatening Kowalskis Michigan neighborhood which has seen much better days.
Eastwood is classic Eastwood as Walt Kowalski with his matter of fact speaking and grizzled brow. Having just lost his wife, and his family seeking to move him into a retirement home to sweep him aside, Eastwoods character has a lot to be angry about. Eastwood pulls it off perfectly and the classic line "Get Of My Lawn!"  with a raised shotgun to ward off Korean gang members sends chills down the viewers spine. Once again taking on the Role of mentor (Eastwood was acclaimed for his performance as a boxing instructor to a female in Million Dollar Baby)
Eastwood shows a softer side to his crotchety exterior. Eastwood certainly kept busy on the film as he also Produced and Directed it and he gives a vintage performance.
The Blu-ray disc contains several special featured including "Manning The Wheel: The Meaning of Manhood As Reflected in American Car Culture", "Gran Torino: More Than A Car" and exclusive to the Blu Ray is "The Eastwood Way" Which explores the filming making process of Eastwood up close and personal. It is also compatible with BD Live where you can interact with other fans who are watching the movie at the same time as you.
Rated R for pervasive language and mild gang violence, Gran Torino is not one for the kids. Dealing with very adult themes of loss, depression, racism, and the decline of morality in society, the film is thought provoking and masterfully crafted by Eastwood. Fans of Eastwoods style will feel right at home with Gran Torino and will be rooting for the lost soul of Walt Kowalski by the end.