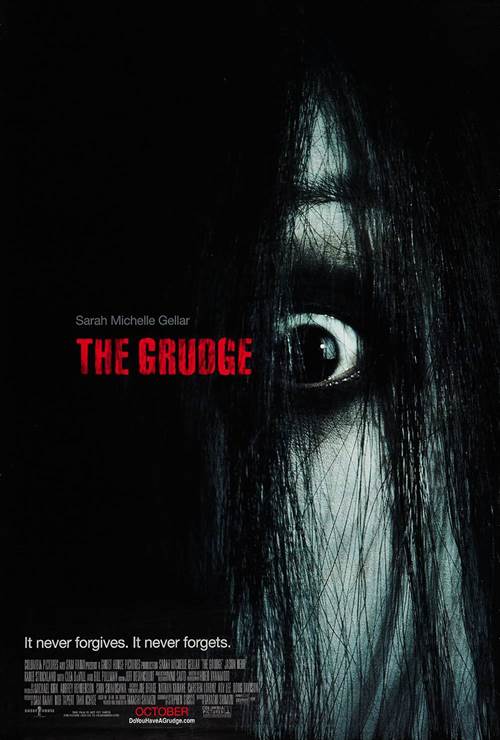 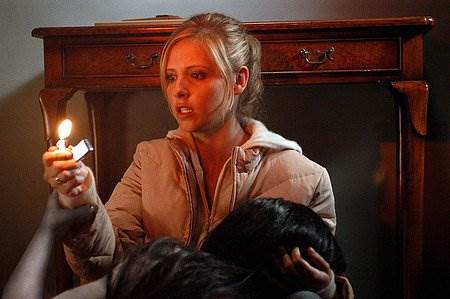 The normal facade of a modest house in Tokyo belies the hidden terror within. It is possessed by a violent plague that destroys the lives of everyone who enters. Known as The Grudge, this curse causes its victims to die in the grip of a powerful rage. Those who are fatally afflicted by the curse die and a new curse is born--passed like a virus to all those who enter the house in an endless, growing chain of horror. Karen is an exchange student studying social work in Japan who innocently agrees to cover for a nurse who didn't show up for work. When she enters the assigned home, she discovers an elderly American woman, Emma, who is lost in a catatonic state while the rest of the house appears deserted and disheveled. As she is tending to the stricken old woman, Karen hears scratching sounds from upstairs. When she investigates, she is faced with a supernatural horror more frightening than she could ever imagine. Within this house, a chain of terror has been set in motion resulting from a terrifying evil that was born years before. As more people die, Karen is pulled into the cycle of horror and learns the secret of the vengeful curse that has taken root in this house. Now she must stop it before it's too late.

Stream The Grudge in Digital HD/4K from the AppleTV store.

The Grudge images are © Columbia Pictures. All Rights Reserved.