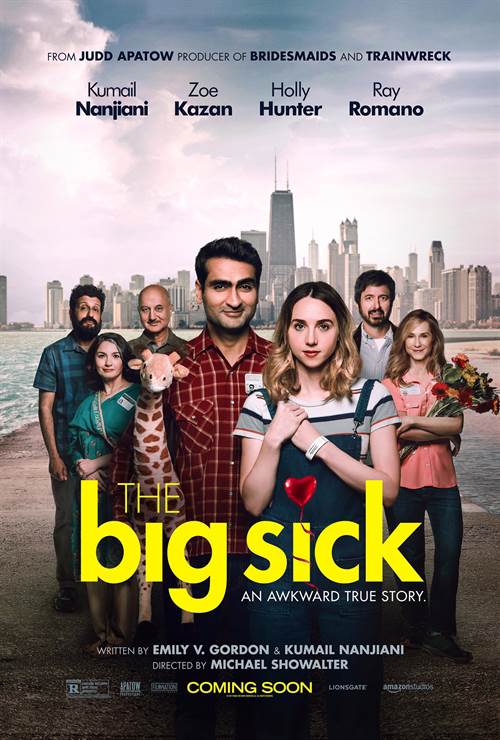 Based on the real-life courtship between Kumail Nanjiani and Emily V. Gordon, THE BIG SICK tells the story of Pakistan-born aspiring comedian Kumail (Nanjiani), who connects with grad student Emily (Zoe Kazan) after one of his standup sets. However, what they thought would be just a one-night stand blossoms into the real thing, which complicates the life that is expected of Kumail by his traditional Muslim parents.

When Emily is beset with a mystery illness, it forces Kumail to navigate the medical crisis with her parents, Beth and Terry (Holly Hunter and Ray Romano) who he's never met, while dealing with the emotional tug-of-war between his family and his heart. THE BIG SICK is directed by Michael Showalter (HELLO MY NAME IS DORIS) and producer by Judd Apatow (TRAINWRECK, THIS IS 40) and Barry Mendel (TRAINWRECK, THE ROYAL TENENBAUMS).

Stream The Big Sick in Digital HD/4K from the AppleTV store. 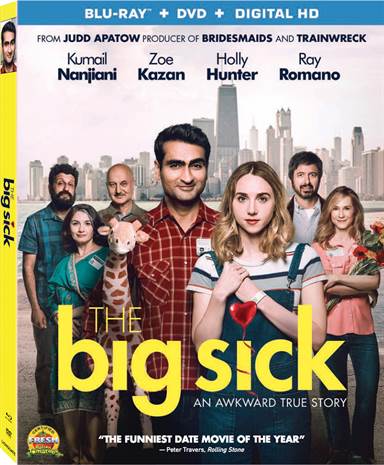 Take a seat and a pause as this mislabeled "romantic comedy" unhooks its sweater from the gate.  Truly a dramedy with strong romantic and comedic overtones, The Big Sick is written by Kumail Nanjiani (Silicon Valley) and Emily V. Gordon; and, is based on their real-life events.  While certain elements of their story have been altered or dramatized for the sake of entertainment, its portrayal is authentic. The essence of their relationship and tribulations is genuinely endearingly and movingly captured. (Though not a true biopic, the argument could be made...)

Kumail Nanjiani (as himself) opens the film with his comedy set which compares (contrasts?) his upbringing in Pakistan with his current existence in the United States.  In a precursor of one of the central themes, Nanjiani attempts to establish the navigational nuances experienced when there is a distinct (sometimes conflicting) bicultural identity.   The invariable reality of biculturalism is that it is often wrought with varying degrees of compartmentalization.  Nanjiani accurately portrays both the ease and difficulty of straddling two cultural spheres and the impact on relationships that are relegated to just one.

Nanjiani attends weekly family dinners where he endures maternal pressure regarding his career (give up the nascent stand-up comic career and Uber side gig for law) and future wife.  His mother's quest for the latter results in a weekly "unexpected" drop-in guest.  The (anything, but) casual visits are essentially a parade of young Muslim Pakistani women from which to choose a "suitable wife."  Unable to definitively sever this weekly ritual, Nanjiani (reluctantly) takes home what amounts to a headshot and resume of the potential candidates and "discards" them in a cigar box atop his dresser.   A symbolic gesture that later highlights the cultural differences between Kumail and Emily (Zoe Kazan; Ruby Sparks), though I contend there are gender differences in this one as well.

Kazan expertly brings the exuberance and feist of Emily V. Gordon to the screen (in the limited time that she is not in a [spoiler alert] coma).  Although I am unable to personally confirm the accuracy in her portrayal, it is sincere and heartfelt.  What's more, Kumail's eyes betray him once he settles on the heckler in the audience... the love in his eyes and the glow on his face are that of Kumail the writer of the film for the real-life Emily, but not yet the character's; a potential hazard of playing oneself.  Still, Nanjiani's performance (however much leveraged it might be), is touching, funny, and honest.

This wonderfully written script is brought to life by a skillful cast.  Yet, when veteran actors Holly Hunter (The Piano; Saving Grace) and Ray Romano (Ice Age; Parenthood) grace the screen, the magnitude of their talent is undeniable.  They are riveting as Beth and Terry (Emily's parents) who encompass love, humor, anger, and sorrow in an extraordinarily direct manner.  They sit helplessly by their ill daughter's bedside and come to terms with her boyfriend with whom she's had a heartbreaking fallout; all while struggling with a marriage crisis of their own.   Sublime as their performances might be, there is never a moment in which the film, or the actors sharing the scene, are smothered or overpowered by grandeur.  They are masterful and worthy of nominations.  Entertaining and engaging beyond what could be expected.

Under the direction of Michael Showalter, the myriad of difficult topics and issues unabashedly confronted and interwoven throughout the film by Nanjiani and Gordon are seamlessly laid bare without overwhelming (or, preaching to) the audience.   The Big Sick is one of those films that you must have accessible for multiple viewings and revisit to fulfill different needs over time.

Available today, September 19th, on Blu-ray, DVD, Digital HD, and UltraViolet courtesy of Lionsgate Films, The Big Sick is AVC encoded 1080p transfer in 1.85:1.  The DTS-HD Master Audio 5.1 track offers an immersive experience while remaining clean and crisp.  There are several extras on the combo pack including deleted scenes, audio commentary, The Bigger Sick: stick around for more laughs, The Big Sick: The Other Stuff, footage from the South by Southwest film festival panel, The Real Story, and A Personal Journey: The Making of the Big Sick.  All serve to enhance the viewer's experience and some of them give an interesting insight into the real-life couple and their journey.

This is truly a great film that should be enjoyed more than once with excellent video/audio quality and enjoyable extras. 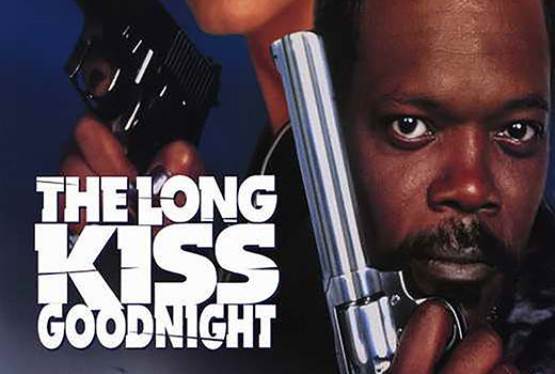