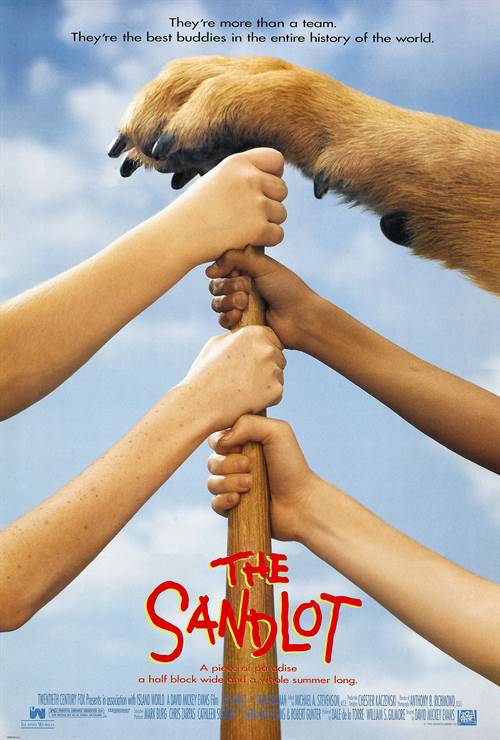 It's the early 1960s and fifth-grader Scotty Smalls (Tom Guiry) has just moved into town with his folks (Karen Allen and Denis Leary). Kids call him a dork—he can't even throw a baseball! But that changes when the leader of the neighborhood gang recruits him to play on the nearby sandlot field. It's the beginning of a magical summer of baseball, wild adventures, first kisses, and fearsome confrontations with the dreaded Beast and its owner (James Earl Jones) who live behind the left field fence. Soon nine boys have become best friends, Scotty is part of a team, and their leader has become a local legend in this hilarious and warmhearted comedy.

The Sandlot images are © 20th Century Fox. All Rights Reserved.

Allison Rose
The Sandlot is a funny, feel-good movie that reminds us of a simpler time both in the country and our own lives. These boys offer hope and optimism and good, old-fashioned fun and the movie pulls us in and gets us invested early on making the viewer want to stay until the very end.
Full Review | Grade: B