BlacKkKlansman is a well-told story and I would be surprised if it didn’t garner some Oscar nominations this year. 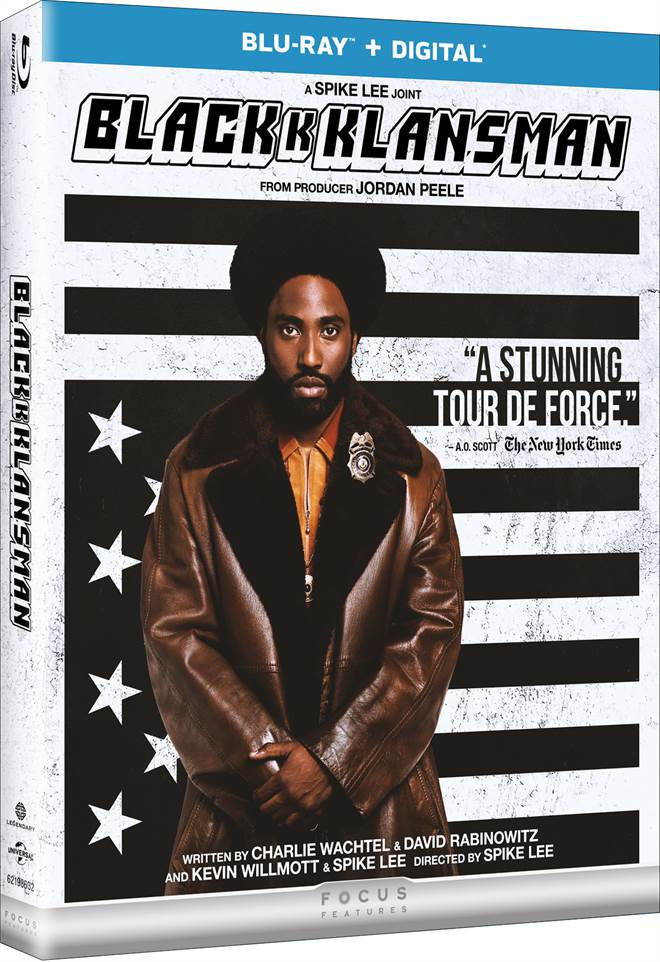 Purchase   DVD/Blu-ray/4K UHD
If you were an African American in this country in the 1960's and 1970's it was a tumultuous time.  Desegregation caused violent outbreaks all over the United States.  The Ku Klux Klan was building their "army" and recruiting those with similar ideology to join their cause while black men and women were protesting in the streets.  There were lynchings and bombings and the assassination of Dr. Martin Luther King, Jr. escalated the violence. Little was being done to resolve the issue so Ron Stallworth (John David Washington; Ballers) took matters into his own hands.  Based on his 2014 memoir, BLACKkKLANSMAN tells his story.

Stallworth was the first black officer in the Colorado Springs, Colorado police department.  Where he was assigned to the records room.  While there he was endured racial slurs from coworkers so he requested a transfer to be undercover.  His request was finally granted when he was assigned to attend a speech given by Civil Rights activist Kwame Ture (Carey Hawkins, Straight Outta Compton).  Shortly thereafter Stallworth was moved to the Intelligence division where he decided to make contact with the local chapter of the Ku Klux Klan to inquire about becoming a member.  However, before they let him they wanted to meet him first which was a problem considering Stallworth was a black man.

Stallworth teamed up with his Jewish coworker in the Intelligence division, Flip Zimmerman (Adam Driver; Star Wars: The Last Jedi) who then became the face of Ron Stall worth.  As Zimmerman made contact with the Klan members and infiltrated the local chapter The real Stallworth found himself having telephone conversations with the "Grand Wizard" and National Director of the Ku Klux Klan, David Duke (Topher Grace. That 70's Show).  Over the next several months the two converse while the police build a case against them.  On the day Duke came to Colorado Springs to meet Stallworth, He and Zimmerman took down the members when they tried to bomb a black rally.

Washington is excellent as Stallworth and this is a stronger performance than what I am used to seeing from him on Ballers.  Driver also does a great job here but he typically is strong in almost any role.  Grace holds his own as the mustached Duke.  His physical appearance is similar to Duke which aids in his believability.  The supporting cast including Laura Harrier (Spider-Man: Homecoming) as Patrice Dumas and Michael Buscemi (Blended) round out this ensemble well.

The 4K UHD Blu-ray is presented in the standard 2160p resolution with a 2.40:1 aspect ratio and the video quality is exceptional.  Despite the rustic feel the movie was given to make it appears as if they were in the 1970's the picture is clean and sharp and colors are true and deep.  The Dolby Atmos audio accents the video well and enhances the viewing pleasure of this feature.  Dialogue is crisp and the soundtrack makes nice use of all the speakers.  Sadly, this combo pack only comes with two extras - A Spike Lee Joint and BlacKkKlansman Extended Trailer Featuring Prince's "Mary Don't You Weep.  I would have liked to have had more offerings here especially about the real Ron Stallworth.

What is most amazing about this movie is that it is based on real-life events as it seems highly preposterous that a Black Man and a Jew could successfully shut down a local chapter of the KKK.  The script is well done which leads to some excellent performances and Spike Lee once again proves himself to be a cut above the rest director.  This is a well-told story and I would be surprised if it didn't garner some Oscar nominations this year.

For more information about BlacKkKlansman visit the FlickDirect Movie Database. This release has been provided to FlickDirect for review purposes. For more reviews by Allison Rose please click here. 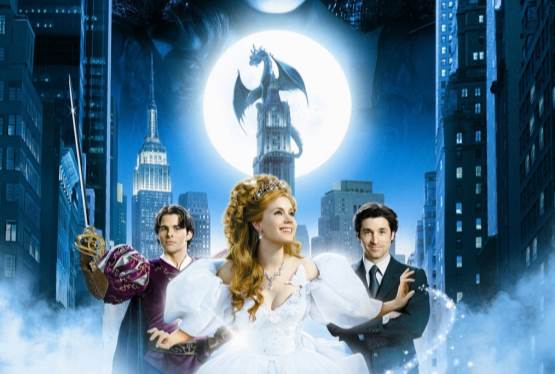