Anna is worth watching and if you are a Besson fan, you won’t be disappointed. 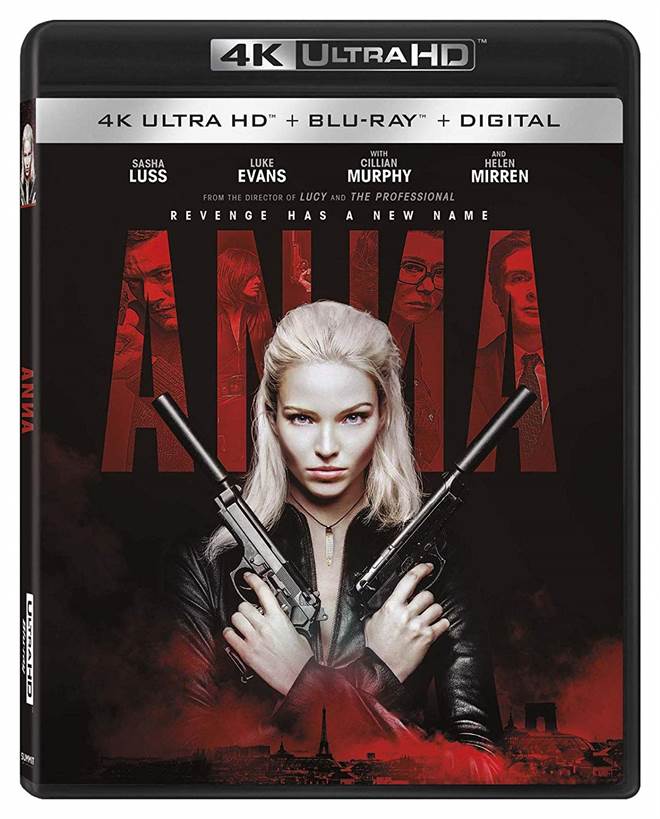 Director Luc Besson (Leon: The Professional, The Fifth Element) is known for making movies that combined drama with some action sequences.  He also tends to highlight strong female characters, whether it is a young girl following a hitman or a woman who is running out of time.  His latest effort, Anna, once again encompasses these elements, including excellent fight scenes mixed with an intriguing plot.  While the concept of the movie may seem familiar, Besson's take on the femme fatal offers a twist or two that the audience doesn't necessarily see coming.  If you like some blood spatter mixed with cold war intrigue then Anna is the type of movie for you and you can pick it up in stores starting on September 24, 2019.

Anna (Sasha Luss; Valerian and The City of a Thousand Planets) is a young woman with few options.  She is living with her boyfriend who is a criminal that treats her poorly.  When she is visited by Alex Technko (Luke Evans; Beauty and the Beast), he makes her an offer that seems better than the alternative…suicide.  He trains her to be an assassin and then offers her to Olga (Helen Mirren; The Queen) to work for the KGB.

Anna then poses as a model living and working in Paris while the whole time she is really a KGB spy and killer.  However, Anna becomes increasingly tired of her new life and wants out only to be told that the only way she can get out is by dying.  Anna then gets caught by the CIA who offers her asylum and protection if she works for them as a double spy.  All she has to do is kill the head of the KGB and make it out of the building alive and then she can be free.  Of course, things do not go according to plan and we don't find out Anna's fate until the last 15 minutes of the movie.

While Helen Mirren is excellent as Olga, the bitter, tough as nails KGB coordinator, the same cannot be said for Sasha Luss.  As beautiful as she is, she doesn't seem to register really much emotion at all and I found her performance to be flat and one dimensional.  Luke Evans doesn't fair that much better.  I have seen him perform well in other films and this is not one of his best performances.  I'm not sure if it is Besson's direction or his writing that is off kilter but while Mirren makes the most of her character, the others, sadly, do not.

The 4K disc is presented in 2160p high definition video quality and the film definitely looks sharp.  Details are well defined and colors are clean and rich.  The Dolby Atmos Audio is also well done but not as crisp as the video quality.   The combo pack has the 4K disc, Blu-ray Disc and Digital code.  It also offers only a few extras including:  Dressing a Doll: The Costumes of Anna, Anatomy of a Scene: The Restaurant Fight, Unnesting a Russian Doll: Making Anna, Constructing the Car Chase.  While Besson and the cast are interviewed throughout, there isn't anything especially exceptional about the extras.

If you have seen Besson's other films, La Femme Nikita, or Point of No Return staring Bridget Fonda, then you have already watched most of this story with a few extra plot twists thrown in for good measure.  The movie isn't bad but it isn't great either and it is probably time for Besson to hang up this type of character and try something g new.  While average, Anna is worth watching and if you are a Besson fan, you won't be disappointed.

For more information about Anna visit the FlickDirect Movie Database. This release has been provided to FlickDirect for review purposes. For more reviews by Allison Rose please click here.