Marvel has outdone themselves with Captain America:Civil War, putting together a cohesive story of many heroes. 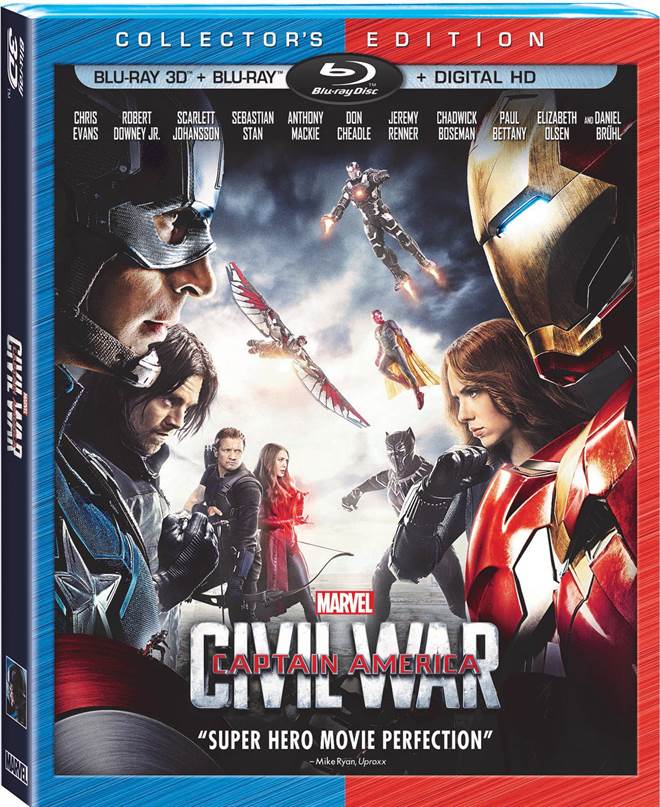 Purchase   DVD/Blu-ray/4K UHD
Everyone loves to see the good guys beat the bad guys but watching it happen in the first fifteen minutes of a movie is exceptional.  Marvel's Captain America: Civil War, the third in a trilogy starring Chris Evans as the World War II-made hero, Captain America, shows that three is a charm.  Bringing all the Avengers characters together in this film, along with some new characters still familiar to us, creates the sitting on the edge of your seat/eyes glued to the screen typ of action that everyone will love.

Heroes are supposed to work together but this spectacular cinematic production proves that not all assumptions are correct.   Faced with their failure to protect all innocents in past events, the Avengers are forced to make a hard and fast decision about how their organization shall survive. As in any organization, the two strongest leaders emerge (predictably) - Steve Rogers (Captain America) and Tony Stark (Iron Man).  Within a short time into the movie, it is clear that our favorite heroes are literally on opposite sides of the table of how to proceed. Hero against hero, Captain America:Civil War is a classic North versus South movie where the heroes ultimately are portrayed as villains to the world, and to each other.

For those who haven't seen the Captain America movie before, but are slightly familiar with the Avenger storyline, Captain America:Civil War is easy to follow.  There are five storylines to follow: Captain America's, Iron Man's, Avenger versus Avenger,  Avenger versus the World, and Black Panther's story.   Despite this,  the writers were detail oriented and clear, enabling the audience to keep all five straight. They provide enough background information so that even a new viewer will not get lost in the intricacies of the stories.  In addition, all five storylines meld together to form one cohesive film.

Besides Chris Evans' brilliant performance as Captain Rogers/America, Robert Downey, Jr., who is our familiar Iron Man, provides a breathtaking performance.  His demeanor matches his actions and there is no doubt as to his conviction on the issues he defends.  Don Cheadle reprises his role as War Machine and seems as if he's almost the Jiminy Cricket to our two heroes, despite having to choose a side.  War Machine provides the much needed balance between Captain America and Iron Man and brings a flow between the characters.  Other outstanding performances given by Scarlett Johansson, Sebastian Stain, and Jeremy Renner cannot be ignored; the casting of the Avengers comes out on film as it appears in our heads.

The Blu-ray is presented in 3D and 1080p High Definition Widescreen (2:39:1). Obviously, the picture quality is crisp and clear and, of course, the 3D is absolutely remarkable.  There are no previews of other films on the 3D disc, which is a great feature.  While many of the 3D movies have more depth perception that anything, Marvel makes this 3D movie an extravaganza and brings the action outside of the box instead of just making the viewer want to reach in.  Words on the screen presented for translation seem to hang in the air.  Air fights and jumping scenes seem to come at you as if you are right in the middle of the action.

The 2D Blu-ray contains the Bonus Features, including featurettes, deleted and extended scenes, audio commentary, and gag reels.  The two the featurettes, which provide background information of Steve Rogers and Tony Stark and their path to heroism, is an additional bonus for the viewer.  Separate from the bonus features is a preview of Marvels' upcoming Doctor Strange, which looks like it will be another Marvel Blockbuster.  The mistake made was not including the Bonus Features on the 3D Blu-ray.  Those who forget to change the disc out will regretfully miss these wonderful features.

The audio is 7.1 DTS- HDMA and 2.0 Descriptive Audio.  The music is epic and the crescendos during a battle scene clearly support the sound effects versus overpowering them, as some other movies do. The audio is clear and all dialogue can be heard without having to strain to listen.

Marvel has outdone themselves with Captain America:Civil War, putting together a cohesive story of many heroes.  Showing the Avengers in a different light than previously portrayed has me eagerly awaiting a possible fourth installment in the Captain America line up.

For more information about Captain America: Civil War visit the FlickDirect Movie Database. This release has been provided to FlickDirect for review purposes. For more reviews by Jennifer Broderick please click here.

Allison Rose
Most diehard fans will find enough similarities between the comic books and the movie to feel satisfied that Marvel stayed true to the plot. Those that have never read the comic books but enjoyed the other superhero offerings won’t be disappointed by this latest installment.
Full Review | Grade: B 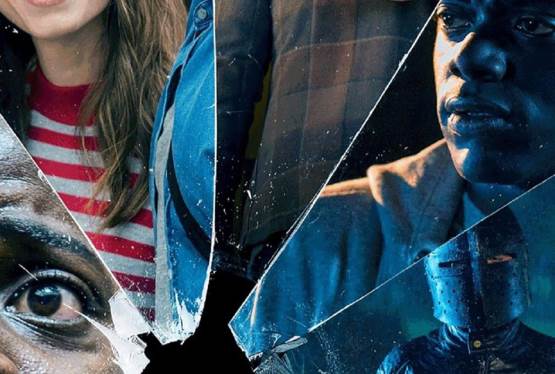