Swayze and Grey were inspired casting choices, each fitting into their respective roles like a glove. 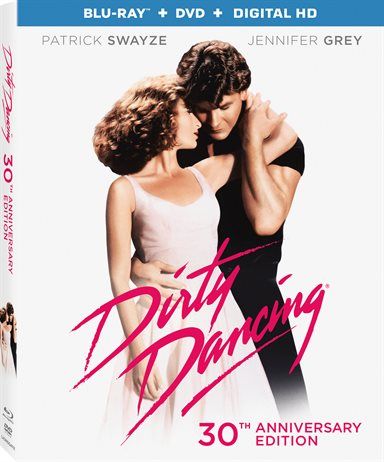 Purchase   DVD/Blu-ray/4K UHD
Dirty Dancing can't possibly be 30 years old!!  It came out the summer before my junior year of high school and I'm not that old… am I (Don't answer that question)?  When I saw the Blu-ray come across my desk, I was immediately thrown back to that more innocent time in my life and reminisced about sitting in the movie theater watching Patrick Swayze (R.I.P.) move those hips in tight black pants.  I can still hear any number of those songs from the soundtrack and instantly be transported back to 1987 and who can forget that iconic line…"Nobody puts Baby in a corner".  Well, rejoice all you 40 somethings -  because the Dirty Dancing 30th Anniversary Edition is out in stores now!

For the benefit of younger readers who never saw Dirty Dancing the plot is basically about an upper middle-class family spending three weeks at the end of the summer on vacation in the Catskill Mountains of New York.  Kellerman's is the typical "all-inclusive" bungalow community that existed back in the 1950's and 1960's catering to these families.  Baby Frances Houseman (Jennifer Grey; Ferris Bueller's Day Off) was and idealist who wanted to save the world.  She was going to go to college and then join the peace corp.

Johnny Castle (Patrick Swayze; Point Break) is a tough guy from the city who happens to know how to dance and can teach others to dance.  He spends his summer being seduced by rich women at Kellerman's; that is, until he meets Baby. Through a teenage crush and dancing, they have a romantic time and break all the rules much to the dismay of her father, Jake (Jerry Orbach; Law&Order) and his boss, Max (Jack Weston; The Thomas Crown Affair).

What Dirty Dancing had going for it in 1987 was everything.  A beautiful, young cast with great chemistry, a terrific soundtrack with catchy tunes, some fantastic dancing and an innocence that reminded people of a simpler time.  Swayze and Grey were inspired casting choices, each fitting into their respective roles like a glove.  Together, they were electric and magical, which somehow made the implausible plot work.  These iconic roles then launched them into super stardom that carried them for years to come.

The Blu-ray combo pack includes the Blu-ray and DVD discs along with the Digital code.  There is also an advertisement for a Precious Moments statue of the iconic lift between Johnny and Baby that is adorable.  For any true fan, it would be a treasured keepsake along with the combo pack.  The video is 1080p High Definition which really brings out all the colors of the film in a way I hadn't seen before, especially all the scenes in the woods with the lush greens of the trees.  The soundtrack is showcased beautifully by the DTS-HD Master Audio 7.1 and the orchestrations of the songs is fully felt and enjoyed throughout the film.

There is over six hours of extras for fans to enjoy on the Blu-ray as well.  With two different audio commentaries, the audience gets a full idea of the vision of Director Emile Ardolino (Sister Act) and the collaborative efforts of the entire cast and crew.  There are also extended/deleted and alternate scenes and music videos to enjoy plus a reminiscent "Happy 30th Birthday" segment with cast and celebrity interviews.  Finally, there is also a touching segment with one of Patrick Swayze's last interviews in 2006, before his passing 3 years later.

Unfortunately, I'm not sure the film holds up that well after 30 years and today's teenagers will probably find it cheesy and uninteresting, especially the music.  However, for those of us who loved it back in 1987, it still rings true and is a film that can be watched over and over again without getting boring.

It isn't often the right combination of director, actors, choreography, music and plot come together to make a blockbuster film from practically out of nowhere but Dirty Dancing was the little engine that could and still does to this day.  If you were a teenager in the 1980's, go buy this special edition combo pack.  I can guarantee you won't regret it!

Grade: A- (not only for the movie but for the nostalgic walk down memory lane)

For more information about Dirty Dancing visit the FlickDirect Movie Database. This release has been provided to FlickDirect for review purposes. 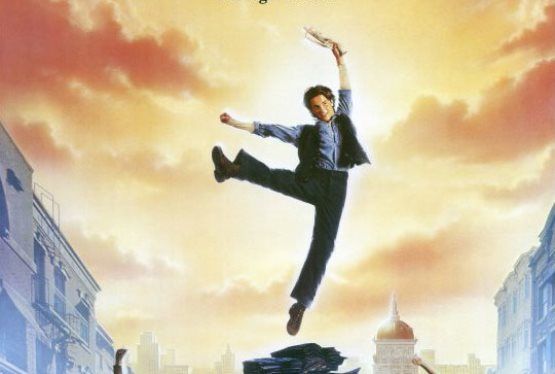