With The CW agreeing to fund Supernatural as long as Jared and Jensen want to do it there seems to be no end in site for the Winchester brothers and things that go bump in the night. 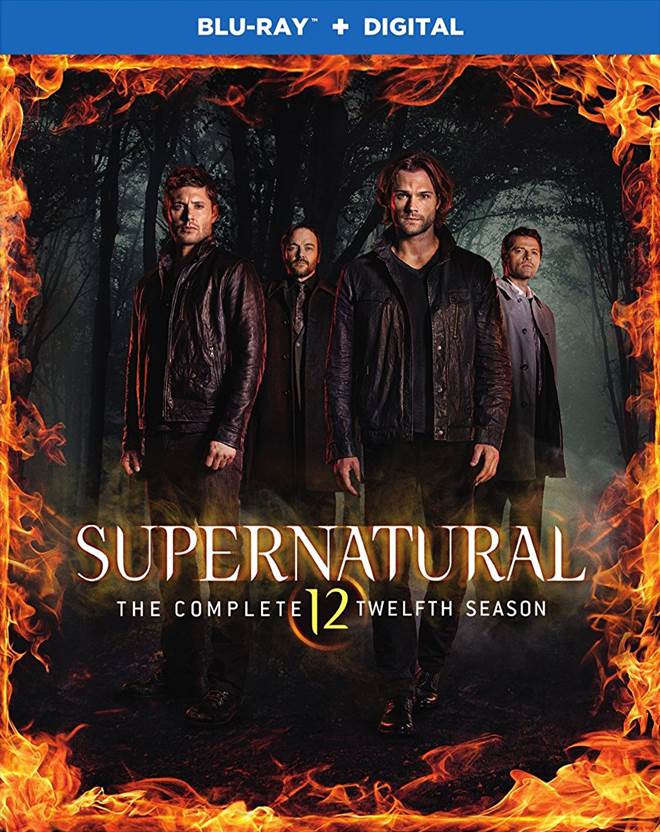 With its thirteenth season debuting in a couple of weeks Supernatural continues to be the longest running CW network show. But how did it get to this point? What makes this show so popular?  Well to answer these and other questions you may want to catch up with season Twelve before Lucky number thirteen starts this October.

The Road So Far.....In the first eleven seasons, we met the brothers, Sam (Jared Padalecki; Friday the 13th) and Dean (Jensen Ackles; Smallville) Winchester, learned about their complicated past, and watched as they saved the world from multiple apocalypses.  The most recent one, which happened at the end of Season Eleven, included God's sister, Amara (Emily Shallow; The Mentalist) ending all creation.  Luckily Dean convinced her to change her mind at the last minute giving us Season 12. As a thank you for bringing Amara and God back together she gave Dean what he wanted most...His Mother, Mary Winchester (Samantha Smith; Transformers).

With Mom's return, the theme of Season 12 is "Family".  Besides the Winchesters getting reunited, The devil (Mark Pellegrino; National Treasure) is having a baby, Crowley (Mark Sheppard; Battlestar Galactica) and Rowena (Ruth Connell; For the Love of George) are back and she finally meets her grandson and some of the " Monster of the Week" episodes were family themed as well.  They managed to fit all of these storylines in with the British Men of letters as well as the return of the King of all Vampires, Bobby Singer (Jim Beaver; Deadwood), and Sherriff Jody Mills (Kim Rhodes; The Suite Life of Zach and Cody).

Creator Eric Kripke (Timeless) had a vision for this show that ended with Season five. The latter seasons seemed to have veered in a different direction but I'm happy to say Season 12 seems to go back to that earlier feel making it very enjoyable. Smith adds a great, new dynamic to the show that rivals Jeffery Dean Morgan's (Watchmen) portrayal of Sam and Dean's Dad, and interestingly, this is the first season in which the "Big Bad' is not a supernatural being.

Supernatural Season 12 is presented in 1080p AVC. Warner Bros. usually goes all out on its video quality and Supernatural is no exception. Blacks are true, colors are vivid, and there are no signs of artificating present through the season's 23 episodes.  While the season would definitely benefit from a 4K UHD transfer this presentation is miles better than its Digital HD counterparts. The DTS-HD Master Audio 5.1 lossless soundtrack provides a powerful punch to the box set. The audio contains a wide dynamic field with crisp and clear dialog as well as allowing the listeners to hear even the tiniest special effect sound such as the wind rustling through the trees. It is this attention to every detail that makes this set a standout in today's home theater market.

With The CW agreeing to fund Supernatural as long as Jared and Jensen want to do it there seems to be no end in sight for the Winchester brothers and things that go bump in the night. However, it is a comforting thought that the show appears to be back on the right track and is a fun and enjoyable watch. Carry on my wayward son. Carry on.