On Blu-ray Jeepers Creepers does look and sound quite good, which adds to the entertainment value. Watch:   Disc |  Digital HD
With Clive Barker's last few films falling on deaf ears and empty seats, writer/director Victor Salva ("Rite of Passage," "Powder," Clownhouse") stepped up to attempt to fill the gap. "Jeepers Creepers" (2001) has much the same dark, foreboding tone that Barker's films possess and much the same degree of silliness and gore.

There were a lot of things that work in this old-fashioned monster movie but also too many things that do not. To its credit it's got a dusky look reminiscent not only of the "Hellraiser" series but of "Silence of the Lambs," "Hannibal," and "Se7en." It's also got a nifty car chase sequence at the beginning, a couple of creepy basements filled with dead bodies, and a few odd moments of suspense. Unfortunately, none of this is enough to overcome a surplus of clichéd segments, stereotyped characters, and a nowhere ending.

The movie starts with its two stars, a pair of young college students, brother and sister, driving home from school down a long and lonely back-country road. They are Darry and Trish (Justin Long and Gina Philips), pretty much the embodiments of every teen in every horror flick of the past two decades, although they are perhaps a cut above the rest in terms of intelligence. Or so we think. Suddenly, they're followed by a beat-up old truck with the appearance of an armored car that tries to run them down. This incident, once concluded, reminds our heroes of a previous couple who were killed in their automobile on this very same road, the dead girl's head never having been found. Ominous, no? Farther up the road, Darry and Trish pass the old truck again, this time stopped, its driver dumping a large bundle, apparently a dead body, down a sewer pipe next to an abandoned church. Now, the real fun is on.

Be honest, though. If you saw a maniac driver dumping a body down a pipe, you'd push the pedal to the medal and high-tail it out of there, but not our heroes. No, they decide to investigate the situation by waiting until the truck leaves, turning back to the church, and looking down the pipe themselves. And not only does Darry look down the pipe, he slides down into it, depositing himself in the basement of the church with the aforesaid wrapped body and few dozen other corpses, besides.

From here on things only get worse--for the characters, for the plot, and for the audience--because Darry no sooner gets out of the basement than he and Trish find that whoever (or whatever) it was that was doing the mischief at the church is after them next, and the story takes a nose-dive into a routine chase formula. In other words, Salva creates a great setup but executes it poorly, even making the chaser no mere mortal but some kind of supernatural beast.

The story line for "Jeepers Creepers" is fairly absurd, as we might expect from a minor-grade horror film, but it's well put together in a smooth, stylish, and technically accomplished manner, with touches of macabre black humor along the way. This skillful-appearing technique, also, may be easy to understand when we notice in the credits that Francis Ford Coppola was one of the film's executive producers.

But still, it's difficult to overcome the movie's multitude of clichés well enough to appreciate its stabs at terror. For instance, does a cell phone (or any phone, for that matter) ever work when the protagonists need it most desperately? Does a car ever start when it's most necessary for a quick getaway? Do people, good or evil, ever not pop up to startle us when we're supposed to least expect them, yet we anticipate them coming a mile away, anyhow? Do movie heroes ever stop at a roadside diner that isn't filled with cretins who look like they're from another planet? Do the police in horror films ever act like anything but idiots? Indeed, do the teen heroes in horror movies ever act like anything but idiots? Would you stop in the middle of the night at an isolated old house by the side of the road to make a phone call if you didn't have to, and these two kids don't have to? And would you stay after you were greeted by a weird old lady (Eileen Brennan) with a million cats?

Hardest of all to accept is the fact that the creature chasing Darry and Trish is never explained, nor is any attempt ever made to explain him. It's hard to suspend disbelief when no justification what-so-ever was given for the malicious fiend who's tracking the teens. He simply is. He's referred to as "The Creeper" only in the closing credits, not in the film, and he's played by Jonathan Breck. One must assume he's the boogeyman, but even in John Carpenter's "Halloween" there was ample background provided on the villain's reasons for rampaging around killing folks. Not here; and, worse, the Creeper's persona gets more bizarrely superhuman and more incredibly invincible the longer the movie goes on. At first he's just a malevolent phantom, something sinister because he's so mysterious; but as more is revealed about his appearance and behavior, the less scary he becomes. In other words, the film is harder to believe the longer you watch it. Why didn't Salva quit when he was ahead?

On Blu-ray the film does look and sound quite good, which adds to the entertainment value. The Blu-ray also comes with a few extras that are worth a viewing, like audio commentary with the director, making of documentary, deleted/extended scenes, photo gallery and a trailer for the film. Not a bad little addition to an otherwise mediocre film. For horror and movie fans alike this film didn't resonate much when it first hit theaters and sadly it still doesn't after all these years.

Purchase your copy of Jeepers Creepers today at

Download Jeepers Creepers from the iTunes Store in Digial HD. 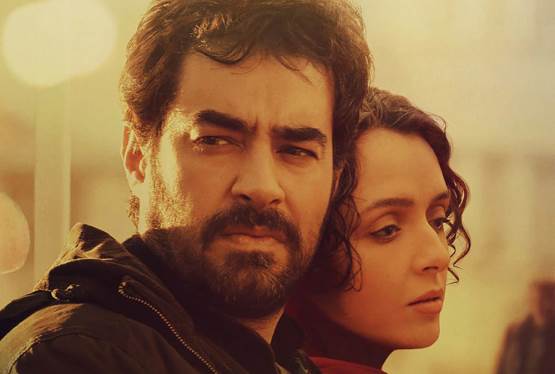