What a terrific cast! Brown is perfect as the teenage, younger sister of the famed detective and Cavill does a nice job portraying Sherlock. 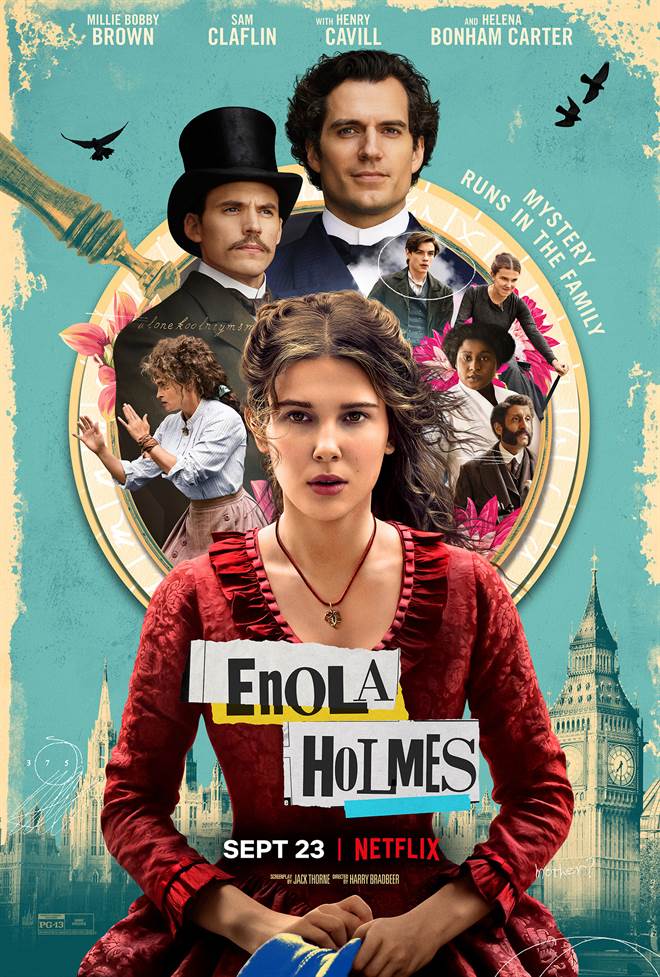 Back in 1887, when Sir Arthur Conan Doyle created the private investigator, Sherlock Holmes, I'm sure he never imagined the impact the character would have on all forms of media over 100 years later. From the original short stories and novels to numerous movie and television adaptations, Holmes has become a beloved personality the world over.  Fourteen years ago, author Nancy Springer expanded that universe with her young adult novels about a supposed teenage sister of Sherlock Holmes, named Enola.  Possessing many of the same deduction skills as her older brother, Enola becomes a sleuth herself.  Netflix has now brought this young, female to life in the film Enola Holmes.

Enola (Millie Bobby Brown; Stranger Things) lives with her mother, Eudoria (Helena Bonham Carter; The Harry Potter Series) in the country home owned by her oldest sibling, Mycroft (Sam Caflin; Me Before You).  There Eudoria raises Enola to be a strong, independent-thinking young woman, who can't embroider but who can certainly fight and create explosions from chemicals (sort of like MacGyver).  However, when their mother goes missing, Enola's older brothers, Mycroft and Sherlock (Henry Cavill; Man of Steel) descend on the home and insist that Enola attend finishing school to learn how to become a proper lady.  Displeased with this idea, Enola runs away to find her mother.

While on the train to London, Enola encounters a young man who is running away from his family as well.  Lord Tewksbury (Louis Partridge; Paddington 2) not wanting to follow in the family's footsteps, leaves, and hides out on the train in the cabin Enola happens to be occupying.  She informs him there is a man on the train looking for him and the two then jump from the train and travel by other means to London.  Once there they part ways as Enola searches for her mother while trying to elude her brothers.  Of course, there is a "mystery afoot" and this time it is Enola's turn to solve it.

First and foremost...I want a sequel!!!!  I happen to love Sherlock Holmes so I was excited to see this film and I am happy to say it doesn't disappoint.  It has the right balance of drama, intrigue, and a dash of humor thrown in.  The script is everything you would expect from a Holmes' story and director Harry Bradbeer (Fleabag) keeps the pace flowing beautifully throughout the film.

Secondly, what a terrific cast! Brown is perfect as the teenage, younger sister of the famed detective and Cavill does a nice job portraying Sherlock.  Sam Caflin, often known for his on-screen romantic characters, takes on a different vibe as the stern and disciplined Mycroft.  For a relative newcomer, Partridge does well as the sort of love interest of Enola and, if there is a sequel, I hope he will return.  Honestly, the least engaging member of this cast is surprisingly, Carter.  I generally like her, as she can be a chameleon, but in this, she is mostly window dressing and it underutilized.

Being a Netflix movie, the expectations are set high for excellent quality in set designs and costumes and Enola Holmes luckily delivers.  While Brown's boyish" costumes are well done, her "lady" dresses are stunning, made with great details and beautiful fabrics.  The brothers Holmes, as well as Lord Tewksbury, are also fashionable and era-appropriate.  The sets lend authenticity to the feel of the movie and, especially in the family home, there are a great number of props and details.  It seems as if nothing was overlooked.

Netflix has another well-made, enjoyable film on its hands and I would love to see an equally as strong sequel (but only if the original cast returns). 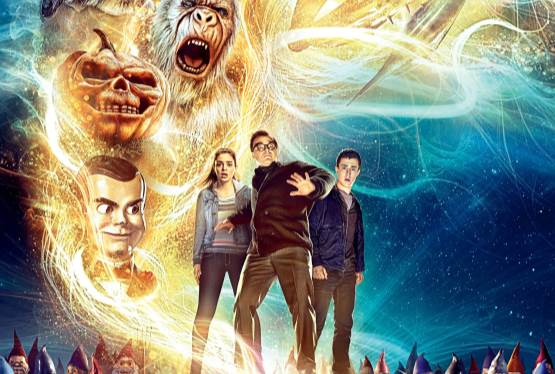