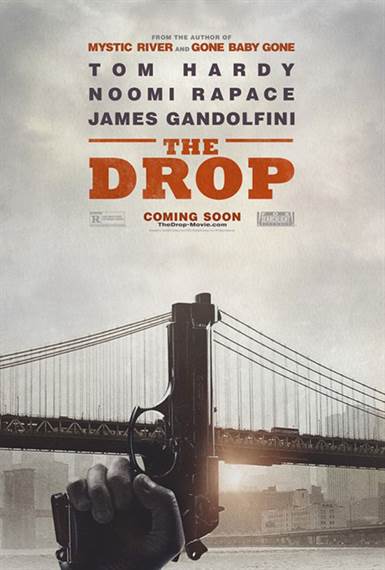 Purchase   DVD/Blu-ray/4K UHD
One of James Gandolfini's (The Sopranos) final movies, "The Drop", heads to theaters today,  September 12, 2014.  Gandolfini plays Cousin Marv a former tough guy bar owner in NY who now is reluctantly under the watch of the Chechnyan Mob.  The mob uses his bar as one of many to make "the drop", a monthly payout by local businesses.  When Marv's bar gets robbed one night, it sets off a chain of events that ultimately leads to his demise.

In a parallel storyline, Bob played by Tom Hardy (Inception, The Dark Knight Rises), works for his Cousin Marv as a Bartender and turns a blind eye to the goings on of the Mob.  As Bob walks home one night in the freezing winter he finds a hurt pit bull puppy in a neighbor's trash.  The neighbor, Nadia, played by Noomi  Rapace (Sherlock Holmes:  A Game of Shadows, Prometheus),  has a dark past that includes the Dog's owner.  Bob is a seemingly harmless individual and comes across as simple and almost childlike but really is quite complex and intelligent.  The twist at the end of the film is one I didn't see coming and added to Bob's overall character development.  Knowing what I know now, I want to watch the movie again to see it in a whole different light.

While the concept of "The Drop" is interesting and the characters are complex, I found the movie dragged at some points.  I also thought there were so many plot points people could get lost and confused and while it was classified under the crime drama genre, I felt there were elements that could have made it a psychological thriller.  I did find the plot somewhat refreshing and not the same old mob story that has been played out many times over in past movies.  Many times I felt I was watching several separate stories that became intertwined which is fitting since the screen play was based on a series of short stories.

I felt Tom Hardy did a great job as the outwardly simple yet truly complex Bob and James Gandolfini shows once again why he had won several Emmy awards and makes us mourn the loss of such a fine actor.  I loved Noomi Rapace in "Sherlock Holmes: A Game of Shadows" and enjoyed her performance in "The Drop" just as much. She takes on interesting characters and makes them her own.  Surrounding them are a terrific group of supporting actors which only serve to enhance  Hardy's, Gandolfini's and Rapace's performances.

I enjoyed the movie but found the numerous independent yet intertwined story lines to be a bit too much.  I felt the writer, Dennis Lehane (Shutter Island, Mystic River), had too much material to work with and not enough time to flesh out all the plots in an adequate way.  Some of the character development was sacrificed such as John Ortz's (Silver Linings Playbook) Detective Torres.  I feel there was more to his story that we never quite got to because 1) the Director, Michael R. Roskam (Bull Head, Ran Out of Time 2) adding even more details to an already overcrowded screenplay would made the film even more confusing.  I think there was a great story behind this film but too much "extra" that ultimately weighed it down.

Purchase a DVD/Blu-ray/4K UHD physical copy of The Drop today at Amazon.com

Download The Drop in Digital HD/4K from the iTunes store.

For more information about The Drop visit the FlickDirect Movie Database.

The Drop images are © Fox Searchlight Pictures. All Rights Reserved. 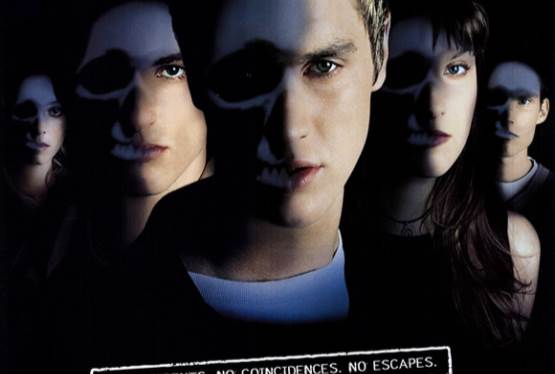 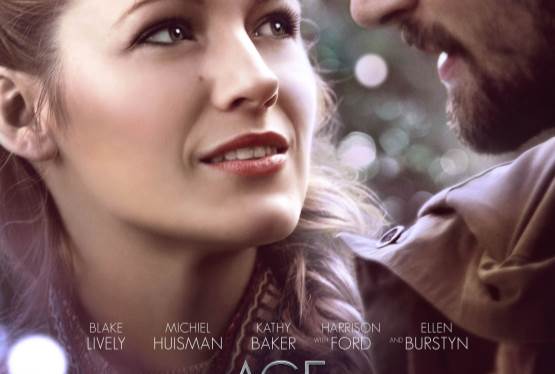