With so much of the same films being produced and shoved down our throats these days, it’s nice to get something a little out of the ordinary for a change. Watch:   Disc |  Digital HD
There is nothing wrong with a little harmless, competitive fun is there?  What if it includes some sibling rivalry?  What if it all goes awry?  Game Night, the new film from Directors John Francis Daley (Vacation) and Jonathan Goldstein (Vacation), answers these questions in a mildly hilarious way.  Starring Jason Bateman (Horrible Bosses) and Rachel McAdams (Mean Girls), the film takes the simple concept of getting friends and family together once a week for some fun with classic board games and turns it into a real mystery, adding some laughs along the way.

Max (Bateman) and Annie (McAdams) are avid board game players…and trivia…and charades.  They host weekly "game nights" in their home.  They are competitive but not overly obnoxious about winning.  Their friends come over for the camaraderie and fun and Max and Annie thrive on it.  However, one week, Max's brother Brooks (Kyle Chandler; Friday Night Lights) comes back to town and joins the game.  Since Max has always been jealous of Brooks because he was seemingly more successful, more handsome and generally more well-liked than Max, this puts some strain on the relationship, especially when Brooks offers to host the following week's game night.

Immediately, things are different when Brooks announces they won't be having a traditional game night but a "caper" instead and whoever finds the victim first gets to keep his car – a stingray (coincidentally Max's favorite car).  Unfortunately, when Brooks gets taken by thugs for real, everyone thinks it is part of the game until they find out Brooks isn't who he says he is and he is in real danger.  Complicating matters, Max and Annie have a creepy neighbor, Gary (Jesse Plemons; Black Mass), a police officer, who is feeling left out of game night since his divorce and is trying to reinsert himself back into the fold.  Between murder mystery games, a real kidnapping and relationship issues for everyone you aren't quite sure exactly what is going on at all times.

Bateman seems to play the same type of character all the time.  He is the lovable, dorky guy who is always getting outshined and one-upped by someone else.  While he is an expert at playing the straight – even to a dog – and is excellent at it to boot, I'd like to see him do something different on occasion.  McAdams needs to do more comedy as she is excellent at it. Her delivery makes some decent lines truly funny.  The supporting cast is all rather great and adds layers to the plot.  They also help with the funnier scenes in the film.  A cameo by Dexter's Michael C. Hall is also a pleasant surprise.

The plot has some twists and turns and, at one point, I felt it became too muddied.  There was a kidnapping that was a game but it was real but then there was a secondary game being played unbeknownst to the players that was eventually revealed, etc.  See what I mean?  The script, luckily, has some witty humor that Bateman, McAdams and the rest of the cast deliver expertly.  Interestingly, there is also some slapstick that works well and offers some laughs of its own.  Generally, comedies are one or the other but the combination of the two makes this film cute and enjoyable for the most part.

With so much of the same content being produced and shoved down our throats these days, it's nice to get something a little out of the ordinary for a change.  Game Night certainly won't be winning any awards but it is a cute, fun, and funny movie that will leave you feeling good and might inspire you to start a game night of your own!

Purchase your copy of Game Night today at

Download Game Night from the iTunes Store in Digial HD. 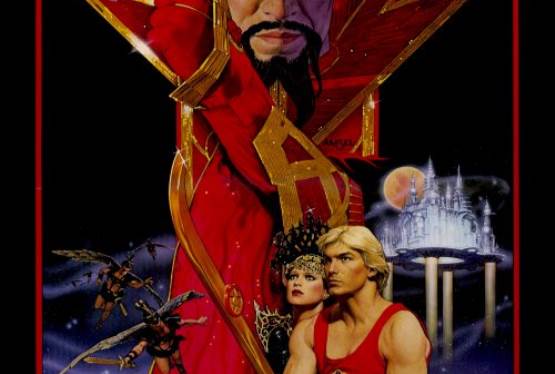