...the good is most of the cast, especially Mena Massoud as Aladdin. 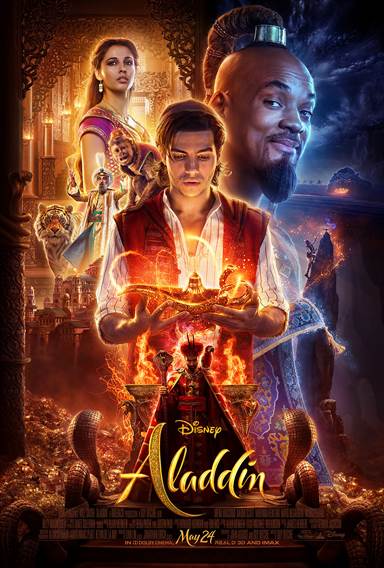 Purchase  DVD/Blu-ray/4K UHD
"It's a whole new world"…truer words have never been spoken (or in this case sung).  At the same time, it's a world in which the past is reappearing and becoming reimagined for better or for worse.  This is especially true for movies and the latest in this continuing trend is Disney's Aladdin.  Originally released in 1992, the animated movie became an instant hit and classic with Oscar-winning songs and a hyperactive genie played by the late Robin Williams (Mrs. Doubtfire; Good Morning Vietnam).  As Disney studios has decided to give their animated films the live action treatment of late, Aladdin was ripe for the picking and after much publicity (and some controversy) hit will finally hit theaters in time for the Memorial Day holiday weekend.

Based on a Middle Eastern folktale, Aladdin (Mena Massoud; Tom Clancy's Jack Ryan) is an orphan living on the streets of Agrabah and scrambling for what he needs to survive.  After meeting someone who he thinks is Princess Jasmine's (Naomi Scott; Power Rangers) handmaid (but is really the princess herself), Aladdin sneaks into the Palace to see her only to be caught and arrested.  However, instead of being sent to the dungeon, Aladdin is taken to Jafar (Marwan Kenzari; Murder On the Orient Express), the Sultan's Vizier who give Aladdin the opportunity of a lifetime… or so it seems.

Jafar tells Aladdin to enter the cave of wonders and bring him the lamp but touch nothing else.  However, once in the cave Aladdin's monkey, Abu, grabs one of the sparkly jewels bringing the cave down around them.  Stuck inside, Aladdin rubs the lamp revealing a powerful genie (Will Smith; Men in Black) who will grant him three wishes.  Of course, Aladdin wishes to become a prince so he can win Jasmine's heart.

This retelling of this classic adventure/ love story is a mixed bag of good and bad elements.  Beginning with the good is most of the cast, especially Massoud as the lead character.  He shines in every scene and even sings and dances pretty well.  Scott has a beautiful voice and the elegance of a Princess but I agree with the criticism that she may not have seemed "ethnic" enough to play an Arabian Royal.  Smith, on the other hand, is part of the good AND bad. The animated Aladdin's original genie was played brilliantly by the king of improvisation, Robin Williams and he created an iconic character that would be impossible shoes to fill.  Smith doesn't fill them but if anyone out there today who could possibly play the Genie, he was a strong choice and he brings both some humor and seriousness to the role.

As for the bad, one needs to start with Kenzari.  He doesn't have that ominous, evil aura about him and he is definitely not sinister enough to portray the backstabbing Jafar.  Unfortunately, he isn't the only mis-choice.  Director Guy Richie (Sherlock Holmes) brings his usual unique eye to the film but in this case, some of his "antics" are unnecessary including many of the slo-mo sequences. Additionally, some of the musical choices (why did they need to change Sunday to Friday in Prince Ali?) were odd.  Original Lyrics were changed with no rhyme or reason and they ended up being distracting which took me out of the scene.  And don't even get me started on the second refrain on the Benj Pasek and Justin Paul (La La Land; The Greatest Showman) penned "Speechless".

The animated version of Aladdin was more lighthearted and goofy than this live-action one which offers a more serious tone with only moments of humor sprinkled throughout.  Taking on this film was a monumentally risky task that could have been brilliant or a huge flop.  It ended up being neither and manages to fall somewhere in the middle.  Fans of the original will enjoy some parts of the film while sit dumbfounded at times.  However, those who have not been exposed to the original masterpiece will enjoy the story, music, scenery, costumes, and pageantry displayed on the big screen.

Download Aladdin in Digital HD/4K from the iTunes store.

For more information about Aladdin visit the FlickDirect Movie Database. 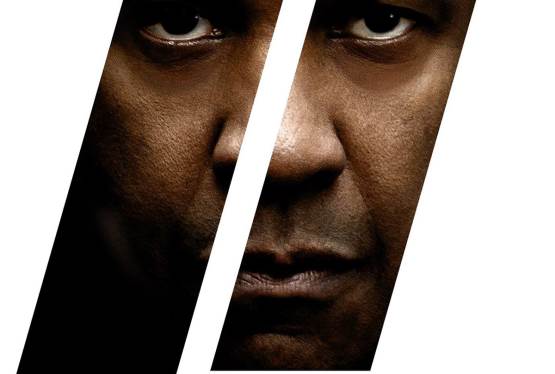