Ad Astra's style with a lot of in-your-face close-ups, grainy texture, and sumptuous vistas is a lot different than any Space Opera we’ve seen to date and that alone makes it stand out. 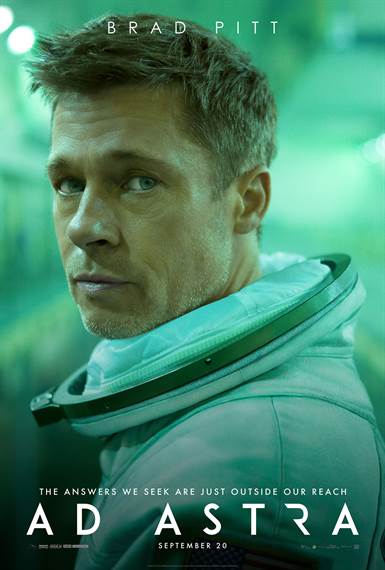 Purchase   DVD/Blu-ray/4K UHD
Before you ask and to clear up one piece of confusion about this film, the title "Ad Astra" is Latin for "To The Stars", which this movie is somewhat all about. I say somewhat because the story borrows liberally from Joseph Conrad's ‘Heart Of Darkness" in the same way ‘Apocalypse Now' utilized the journey and the Captain Kurtz character.

The film also pays tribute to Kubrick's ‘2001' in its depiction of the hostile reality of space travel and the inherent dangers attached to it. Think about that for a minute, to survive you have live in a suit or ship designed to keep you warm and fed with oxygen, whose material can tear or be penetrated in the blink of an eye, and destroy the bubble designed to keep you alive. It's isolating and harrowing.

In the beginning, the film introduces itself as being in the near future, how near is anyone's guess, but the moon is inhabited by most of Earth's countries and I noticed that a Las Vegas casino, Virgin Galactic and several other American companies reside in the main living area of the massive base. Though, it appears law and order is somewhat lacking up there or as one character puts it, "It's like the Old West out here". Also, it appears American's furthest outpost is now located under the surface of Mars. Hurray, we got there first!

It all goes to set up an atmosphere of dark foreboding that Pitt slides seamlessly into with his beautifully understated depiction of the ‘Strong but Silent' perfect astronaut whose duty and dedication to his place in space supersedes all else. That is until this assignment.

A series of disastrous cosmic waves have been hitting the Solar System and now threatens the survival of our planet. Astronaut Roy McBride (Brad Pitt) is put on a mission to travel across the unforgiving void of deep space to uncover the mystery of these occurrences and destroy whatever is causing them.

In order to accomplish this he must face the truth about his missing father's doomed expedition to Neptune 30 years ago, and the experiment that now threatens all human life.

Pitt is at his best here, he narrates the story as it progresses, and allows us to both see and feel the depth his character suffers at every turn and mounting moment of self-doubt as he struggles to maintain and complete his mission. Roy's is an absorbing character study upon which the whole film hangs and Pitt delivers him beautifully. The other performances were so small they hardly deserve mentioning, except for Tommy Lee Jones who overacted so badly, I wanted to throw him out an airlock.

The film's style with a lot of in-your-face close-ups, grainy texture, and sumptuous vistas is a lot different than any Space Opera we've seen to date and that alone makes it stand out. Cinematographer Hoyte Van Hoytema painted unusual and wonderful visuals here, worthy of an Oscar Nomination, and Max Richter's musical composition is equally brilliant.

My take… The film didn't take my breath away. I guessed the story long before it was revealed because the material is so familiar and so easy to anticipate. It also felt too long at two hours. If you're a sci-fi fan, go see it, if not I'd wait for it on TV.

"Ad Astra" is Rated PG-13 for some violence and bloody images, and for brief strong language.

Download Ad Astra in Digital HD/4K from the iTunes store.

Listen to the Ad Astra soundtrack on Apple Music.

For more information about Ad Astra visit the FlickDirect Movie Database. This release has been provided to FlickDirect for review purposes. 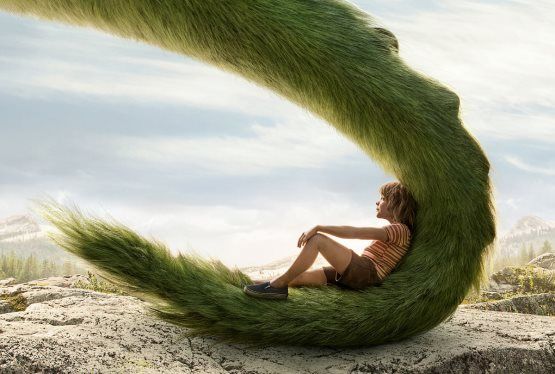