I can’t recommend this film. It’s a poor copy of an original, and we all know what that looks like. Pass. 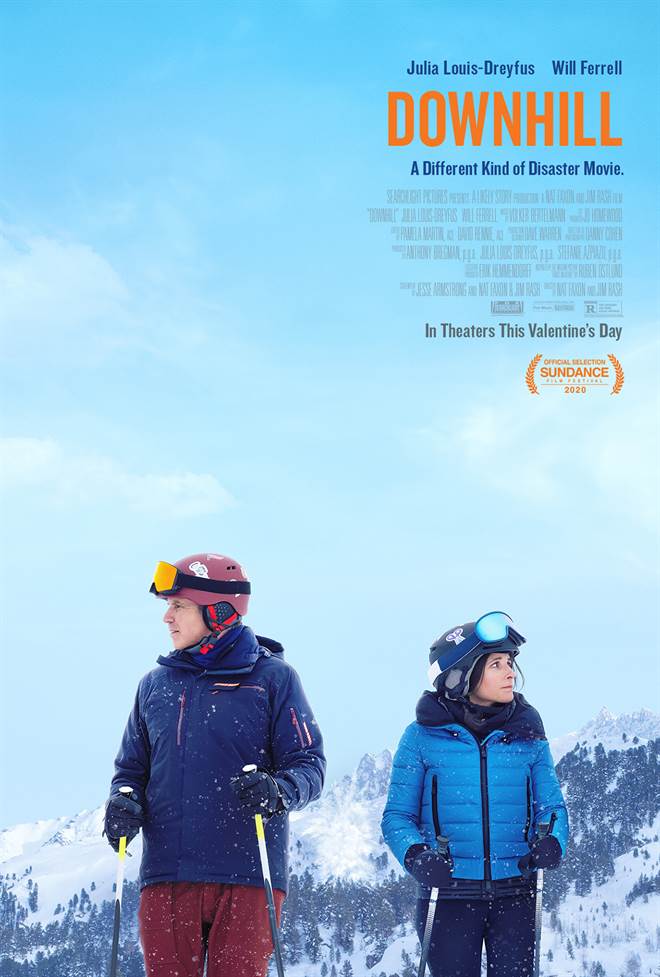 Question: What do you call a film that's not funny, not deeply dramatic, and feels like a messed-up effort to re-make a good foreign film? I guess you call it "Downhill" and label it a ‘dramedy'.

To sum up the "Downhill" situation; the filmmakers took what should have been a dream comedy pairing, in this case, the wonderfully talented Julia Louis-Dreyfus and the woe begotten Will Ferrell, and gave them a script whose plot is way too minimal, where laughs are few and far between, and where the resolution is just too sugary American sweet to make the time watching it worthwhile.

When you stand back and look hard at this dud of a film, you have to wonder how a movie with such talented actors, beautiful locations, and breathtaking cinematography; that won't even play well on Television, ever got the green light to get made. I sure did.

A married American couple is on vacation at an adult ski resort in Austria with their two young children. On the second day while they take a noon break from skiing at a mountain top chalet to grab a bite to eat, they just barely survive an unexpected avalanche. During the event, the Husband (Ferrell) grabs his cell phone and heads for cover, leaving this Wife (Louis-Dreyfus) and children behind to fend for themselves.

In the aftermath, the husband's self-saving reaction to the danger posed to his family by the avalanche opens the door to the possible destruction of their marriage and threatens to also ruin his relationship with his children.

The film is a fairly accurate re-interpretation of Director Ruben Östlund's 2014 Swedish film "Force Majeure", but the original is much better than this version. I wonder why the powers that be in Hollywood ever wanted to re-make that gem of a film, with broad European sensibilities? I guess Hollywood just can't stop itself from trying to make money off the coattails of great foreign films.

Ferrell is hopelessly miss-cast as the Husband in this movie. He's stiff, never funny, and unbelievable, the exact opposite of all the elements needed to make the role work. On the other hand, Julia Louis-Dreyfus displayed a terrific range of performance, and was never unbelievable. Actually, she's the only reason to give this film some attention. She's been a comic treasure for decades and her mature acting talent is on full display here.

My take…I can't recommend this film. It's a poor copy of an original, and we all know what that looks like. Pass.

"Downhill" is Rated R for language and some sexual