Law reprises his role as the adult wizard long before he became the head of Hogwarts, and he does a masterful job of portraying the serious individual who occasionally throws some levity into the mix. 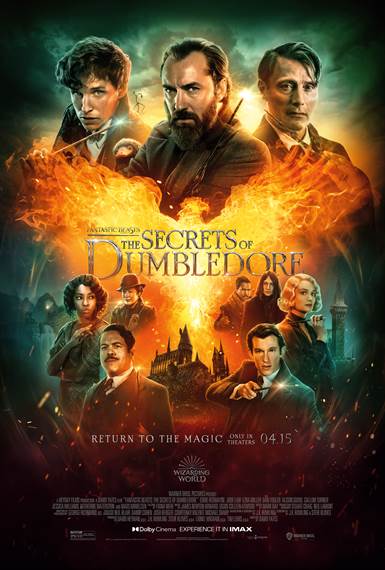 It was twenty-five years ago the world became enamored by a young wizard named Harry Potter when the first of J.K. Rowling's seven novels were published.  Four years later Daniel Radcliffe (The Lost City) became the face of that wizard when Harry Potter and the Philosopher's (Sorcerer's) Stone became a major motion picture.  Over the next decade, seven more movies were filmed until the series ended.  In that time, Harry Potter became so popular that an entire "world" at Universal Orlando Resort was dedicated to the franchise and video games were created.

Not wanting the fervor to end, Rowling and Steve Kloves (The Fabulous Baker Boys) wrote a prequel called Fantastic Beasts and Where to Find Them which was released in 2016.  Based on the success of that movie, a second film in this new series, Fantastic Beasts: The Crimes of Grindelwald opened two years later.  Finally, after Covid delays and casting changes, the third installment, Fantastic Beasts: The Secrets of Dumbledore, comes to theaters worldwide this week.

It's the early 1930's and a young Albus Dumbledore (Jude Law; The Talented Mr. Ripley) sits alone in a restaurant, waiting for his former companion, Gellert Grindelwald (Mads Mikkelsen; Doctor Strange) to arrive.  The two converse and it becomes apparent that Grindelwald plans to destroy the Muggles and rule over all the lands. Unable to move against Grindelwald himself; because of a blood pact made years ago; Dumbledore assembles a group of wizards and witches, led by Newt Scamander (Eddie Redmayne; The Theory of Everything), to plot against and stop Grindelwald.

Law reprises his role as the adult wizard long before he became the head of Hogwarts, and he does a masterful job of portraying the serious individual who occasionally throws some levity into the mix.  Redmayne also returns and for this third go around I found him to be overly quirky and distracting this time.  Not only was his dialogue messy but I found his physical posture, - slouched over with an occasional case of Bell's Palsy showing across his face - annoying and off-putting.

Conversely, Dan Fogler (Fanboys) as the lone Muggle, Jacob Kowalski, and Jessica Williams (Booksmart) as Eulalie Hicks are excellent and steal almost every scene they are in.  Ezra Miller (Zack Snyder's Justice League) returns as Credence, but I must admit, I had a hard time getting passed his recent scandal to feel anything towards the character.  Mikkelsen replacing Johnny Depp as Grindelwald and it is obvious he should have been playing the evil wizard from the beginning of the franchise.

Director David Yates (The Legend of Tarzan) brings his usual flair for pomp and circumstance to the movie, especially in the third act.  His use of quick edits and unusual camera angles make the visuals interesting yet mildly confusing at times.  Some of the effects are pretty good, while others are very obviously computer-generated.  His pacing is a little slow and he needed to edit the movie down by about fifteen minutes.

While the Potter films were interesting, intriguing, and brought something new to the overall story, the Fantastic Beasts films are three individual movies with the same characters.  As stand-alone films they are fine but as a series, they don't blend nearly as well the Potters ones do.  There are also political undertones laced throughout the movie and there is a homosexual portion of the plot that may have certain audience members scoffing or feeling uncomfortable.

Fantastic Beasts: The Secrets of Dumbledore offers enough magic and suspense to keep the audience engaged but it is too long and one of the minor characters, Yusuf Kama (William Nadylam; Parlement), could have been cut out from the movie entirely and it wouldn't have changed anything about the plot.

Potter fans (and there are a lot of them) will see it merely because it's related to Harry Potter and if you count yourself among that group, I don't think you will be disappointed.

Purchase a DVD/Blu-ray/4K UHD physical copy of Fantastic Beasts: The Secrets of Dumbledore today at Amazon.com

Download Fantastic Beasts: The Secrets of Dumbledore in Digital HD/4K from the iTunes store.

Listen to the Fantastic Beasts: The Secrets of Dumbledore soundtrack on Apple Music.

For more information about Fantastic Beasts: The Secrets of Dumbledore visit the FlickDirect Movie Database. 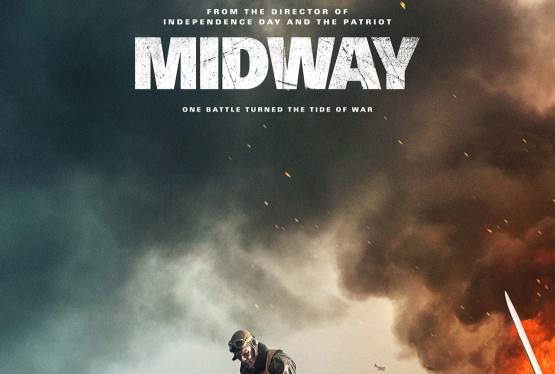