Home / Reviews / I Wanna Dance With Somebody

I Wanna Dance With Somebody (2022) Review

”I Wanna Dance With Somebody” is not a must-see film, even though it tries hard to be. I only wish the film was as good as Whitney was, unfortunately, it’s not. 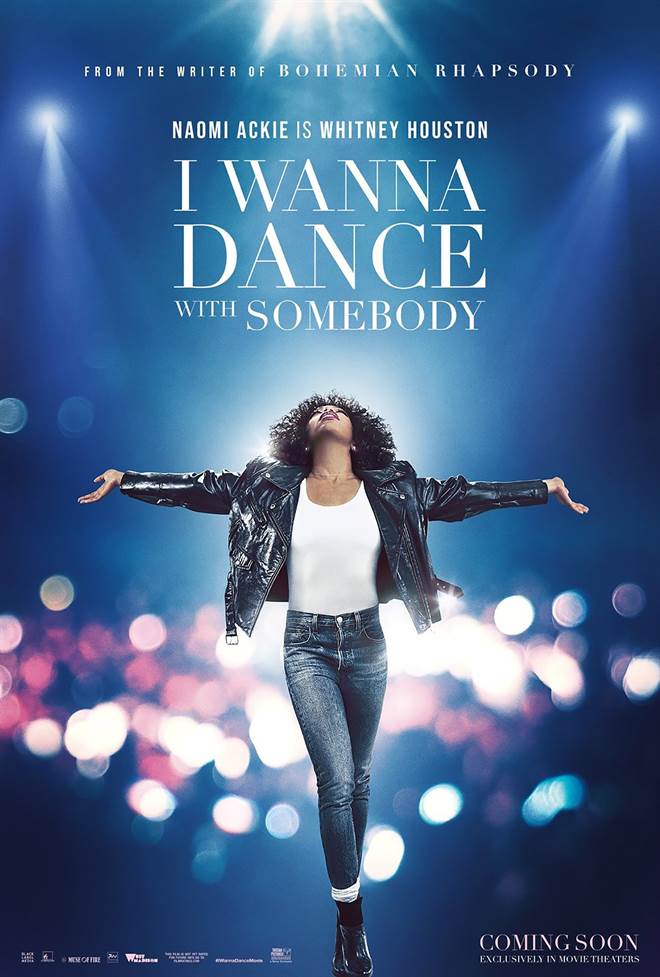 I went to see the new biopic "I Wanna Dance with Somebody" fully expecting newcomer Naomi Ackie to create a performance totally reminiscent of Whitney Houston, and "Whitney" actually showed up at times, even though Naomi almost never sang a note on her own. Her ability as an actress is unquestionable and a joy to behold and her ability to perfectly lip-sync is also unquestionable. It's too bad her career-making performance was almost wasted in a film that's lacking an emotional core.

I've often said, "Playing a real-life person is the hardest challenge facing any actor, especially if that person is well-known and beloved by millions of adoring fans. Most performers trying to do this wind up creating characters that are just weak imitations of their subject. They find and use some of their mannerisms, throw on a style of make-up that helps them look similar, dress as they did, and attempt to vocally and/or physically bring as much of the person to the story as they can".

Here in "I Wanna Dance With Somebody", aside from Ackie's perfectly nuanced performance, there are several other performances that rise above the norm. Stanley Tucci as Clive Davis is spot on, Tamara Tunie as Houston's mother is terrific, and Clarke Peters as her father hits just the right narcissistic note.

So why did this film leave me empty? There were several concert moments that rose to the expected level, emotional moments that were sometimes heartfelt, and even a few informative scenes that revealed secrets heretofore hidden from the public. It took me a while to figure out my question. It's simple really, the film has no soul, it's locked in the cinematic conventions of big filmmaking, and never took a single breath on its own. Too bad actually, instead of being a great film, it turned out to be just another good film to see and then forget.

The film follows Whitney Houston's career from her early days singing in church through the major moments of her life, including the release of her greatest songs, singing the National Anthem at the Super Bowl, and making the movie The Bodyguard. It relates the story of a pop star, unanimously acknowledged as the "Voice of Her Generation", who achieved mainstream white-crossover success and reach the top of the mountain of Super-Stardom but was ultimately crushed by the relationships in her life, overwork, and drug addiction.

Written by Anthony McCarten (The Theory Of Everything), and Directed by Kasi Lemmons (Eve's Bayou), luckily, the film has just enough nostalgic musical moments and staged performances to appeal to Houston's fans.

For more information about I Wanna Dance With Somebody visit the FlickDirect Movie Database. For more reviews by Alyn Darnay please click here.

I Wanna Dance With Somebody images are © TriStar Pictures. All Rights Reserved.