Set in 1892, HOSTILES tells the story of a legendary Army Captain (Christian Bale), who, after stern resistance, reluctantly agrees to escort a dying Cheyenne war chief (Wes Studi) and his family back to tribal lands. Making the harrowing and perilous journey from Fort Berringer, an isolated Army outpost in New Mexico, to the grasslands of Montana, the former rivals encounter a young widow (Rosamund Pike) whose family was murdered on the plains. Together, they must join forces to overcome the punishing landscape, hostile Comanche, and vicious outliers that they encounter along the way.

Download Hostiles in Digital HD/4K from the iTunes store. 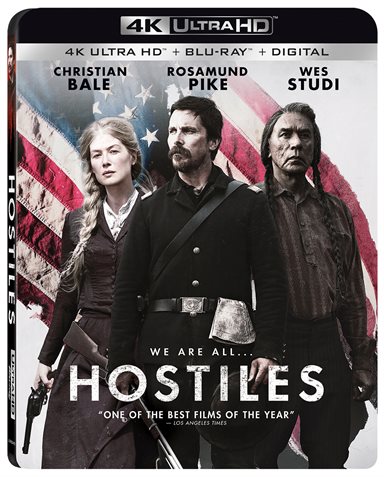 It was called the Wild, Wild West for a reason.  There was lawlessness across the open plains and a feud brewed between the white people and the Indians.  The American troops tried their best to keep things orderly but it seemed to have little effect.  As Captain Joseph Blocker (Christian Bale; The Dark Knight) transports dying prisoner Chief Yellow Hawk (Wes Studi; The Last of the Mohicans) and his family back to their homeland, he and his men encounter this sentiment time and again. Hostiles chronicles the journey through this unforgiving land and the journey these individuals take on the road to forgiveness and acceptance.

The year is 1892 and Wesley (Scott Shepard; Bridge of Spies) and Rosalie (Rosamund Pike; Gone Girl) Quaid are living in the wilderness with their three children.  It is a quiet and lonely existence but becomes violent and deadly when the Comanche Indians arrive to take their horses.  The "savages" burn down their home and kill all but Rosalie.  When Blocker finds her she is sitting amongst the rubble surrounded by her dead family.  Blocker meanwhile is ordered to "escort" the Chief home much to his chagrin and of course, Rosalie is understandably upset when she joins their party and sees the Indians there.

As they travel even further west they encounter the Comanche who attack them.  As White soldiers and Indians fight alongside each other they begin to find a newfound respect for each other.  When Blocker's party picks up a white prisoner part way through their journey (one whom Blocker knows), Blocker begins to see the unfounded hatred for the Indians he once also knew.  As they reach their destination in order to bury the Chief, Blocker learns things about himself and the people he formerly thought of as barbaric and discovers he and his "enemy" aren't all that different.

With a rather poignant and topical underlying theme, the message this movie sends is ultimately one of peace and acceptance.  Unfortunately, director Scott Cooper (Crazy Heart) uses some graphic violence and horrific scenarios to get to this destination.  Rosalie's predicament, for example, is heartbreaking and devastating and throughout the film, most of Blocker's troop ends up dead by horrific means.

As for Cooper's cast, Bale is kind of wasted in this role.  He comes across moody and sullen and we miss out on the depth of character we know he is capable of.  I feel as if this all could have been remedied by one well-placed monologue from Blocker but alas, it never comes.  Pike, however, is magnificent and delivers the kind of performance we have come to expect from her.  From shocked, grieving mother and wife to strong pioneer woman capable of shooting a man dead she is strikingly emotive next to Bale's stoic reserve.  Studi is a study in silence as he speaks little but his dialogue makes a powerful impact.  A stellar supporting cast round out this ensemble including Ben Foster (Hell or High Water), Rory Cochrane (Argo) and Jesse Plemmons (Black Mass).

The 4K 2160p high definition video quality is only mildly better than the regular Blu-ray with a slight uptick in picture quality.  The DTS-HD master 5.1 audio is full and deep with the dialogue sitting nicely in the center channel and the effects (think gunshots) utilizing the surrounding speakers. There is only one extra in this set entitled A Journey of the Soul: The Making of Hostiles, which is an hour long and offers some great footage and insight into all aspects of this film.

While a little dragging at times, Hostiles feels like an authentic version of this time in the history of this country.  With superb actors bringing these characters to life and Cooper at the helm this movie offers both a literal and figurative journey to a well-earned and peaceful conclusion. 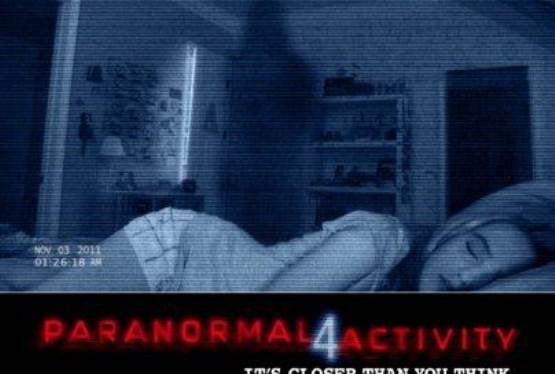