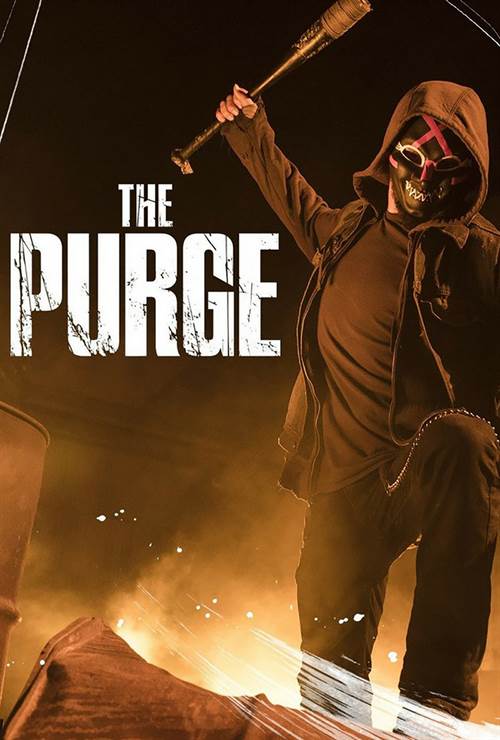 Based on the hit movie franchise from Blumhouse Productions, The Purge revolves around a 12-hour period when all crime, including murder, is legal. Set in an altered America ruled by a totalitarian political party, the series follows several seemingly unrelated characters living in a small city. As the clock winds down, each character is forced to reckon with their past as they discover how far they will go to survive the night.

The Purge is written and executive produced by the film franchise creator James DeMonaco and led by Jason Blum. Additionally, the entire team behind the blockbuster franchise ‎are on board to executive produce: Michael Bay with Brad Fuller and Andrew Form under the Platinum Dunes banner and Sebastien K. Lemercier. Thomas Kelly serves as executive producer/showrunner of the series. Emmy® and Golden Globe® award-winner Anthony Hemingway will direct and executive produce the premiere episode.

Stream The Purge TV Series in Digital HD/4K from the AppleTV store.


USA Renews The Purge for a Second Season  11/6/2018 4:50 PM EST
The USA Network has announced that they have renewed The Purge for a second season. In a statement, Chris McCumber, President, Entertainment Networks for NBCUniversal Cable Entertainment, said, "USA Network is so proud to be the television home for the iconic franchise The Purge. The partnership and creative trust of Jason Blum and everyone at Blumhouse Television and Universal Pictures ensured Th...  More>>

USA Network Helps Fans Prepare To Survive The Night at Purge Cit...  7/27/2018 4:25 PM EST
USA Network always has something unique to offer viewers like the award-winning Mr. Robot or the grueling American Ninja Warrior competition show.  This fall they add another intriguing option to their line up with The Purge.  Based on the successful movie franchise, the ten-part series follows characters for several years as they try to survive "Purge Night".  The television show offered fans a l...  More>>