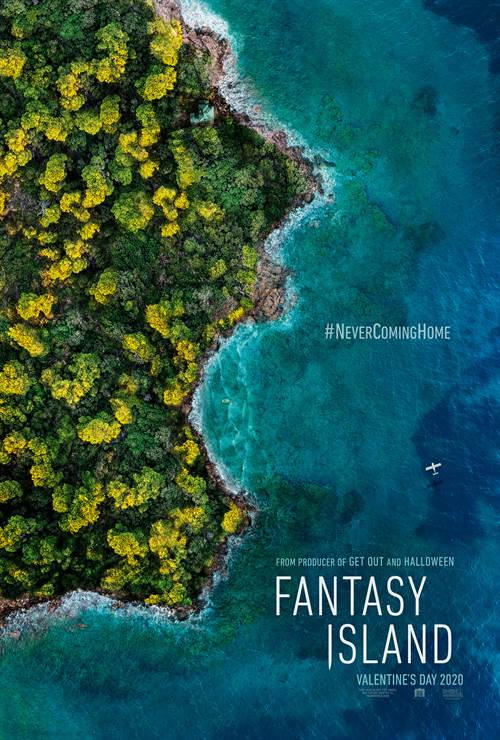 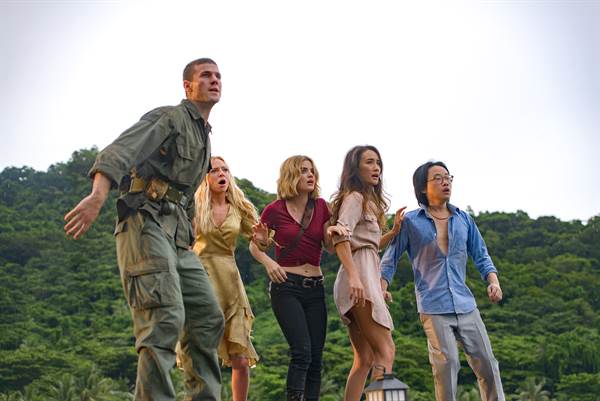 In Blumhouse’s Fantasy Island, the enigmatic Mr. Roarke makes the secret dreams of his lucky guests come true at a luxurious but remote tropical resort. But when the fantasies turn into nightmares, the guests have to solve the island’s mystery in order to escape with their lives.

Listen to the Blumhouse’s Fantasy Island soundtrack on Apple Music.


Fantasy Island Series Reboot Headed to Fox  12/15/2020 3:22 PM EST
A reboot of the iconic series "Fantasy Island" is heading to Fox this summer. The original series aired on ABC from 1977-1984 and starred Ricardo Montalbán and Hervé Villechaize as Mr. Roarke and Tattoo, respectively.The show was given a straight-to-series order and hails from writer-producers Liz Craft and Sarah Fain in conjunction with Sony Pictures TV and Gemstone Studios."In continuing to deve...  More>> 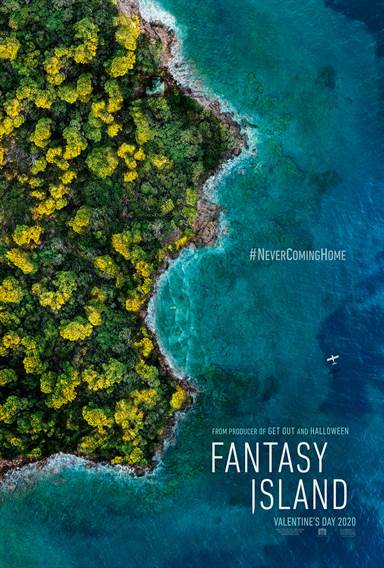 Growing up I spent Saturday nights in front of my television watching two hours of shows.  The double whammy of The Love Boat and Fantasy Island were too enticing to give up.  The promise of romance on the high seas followed by having one's wildest dreams come true - for a price – was a tempting duo.  Because it was a little "darker" than The Love Boat, Fantasy Island aired second and there were moments that weren't always happy.  However, the show was relatively tame compared to today's offerings…that is until now.  Earlier this year, the mega-giant of the horror genre, Blumhouse Productions, in conjunction with Sony Pictures, brought a more sinister version of the show to theaters nationwide and this week it debuted on Digital HD.

Five strangers are flown to a remote island under the guise of having won a contest with the prize being a stay on the island and having their fantasies come true.  They are greeted by Julia (Parisa Fritz-Henley; Midnight, Texas) who invites them to the main house and eventually introduces them to Mr. Roarke ( Michael Pena; Ant-Man).  Roarke then explains they will all have the fantasies fulfilled but that it may not be everything they hoped for.

Gwen (Maggie Q.; Designated Survivor), Melanie (Lucy Hale; Pretty Little Liars), Patrick (Austin Stowell; Whiplash), Brax (Jimmy O. Yang; Crazy, Rich Asians), and J.D. (Ryan Hansen; Veronica Mars) then get to live out their dream.  At first, they seem to think it is all a game and they are all too happy to play along but they soon realize they are in real-life situations and reality is nothing like what they thought it would be. When Gwen realizes she chose the wrong fantasy and instead wishes to go back to her worst nightmare she discovers all of the stranger's lives were intertwined years ago and that they are all in someone else's fantasy.

Mr. Roarke is a much darker character than we are used to seeing Michael Pena portray and, while I generally like him as an actor, it was difficult watching him play a mildly sinister yet conversely pathetic shell of a man.  Maggie Q. is always very good and this role is no exception.  Fritz-Henley has a smaller but impactful role and I thought she did a terrific job as the local witch on Midnight, Texas.  The rest of the cast are all good with special recognition for Portia Doubleday (Mr. Robot) as the high school bully who gets some just desserts and then learns to apologize.

The best part of the 1080p video quality is seeing all the beautiful scenery of Fiji.  The ocean is magnificent and the jungle scenes are full of lush, green foliage.  The Dolby Digital audio 5.1 is a solid complement to the video and the creepy soundtrack envelopes the viewer from all directions.  The extras are minimal and disappointing.  There are only two extras included – six deleted scenes and audio commentary from director Jeff Wadlow (Kick-Ass 2) and the cast.

While the concept was interesting, the execution was lackluster and with a pretty solid cast that makes this version of Fantasy Island a little disappointing.  The movie comes across as a rather mundane horror film which is a little surprising since it is a Blumhouse Production.  However, it does offer a few plot twists that you don't see coming and which manage to spice up the story somewhat.

The film got a little too "supernatural" for me, especially towards the end but in the grand scheme of horror films in the past few years, I've seen better but I have also seen far worse.

I think Fantasy Island may have started out as a good idea but lost its vision somewhere along the way.  Having said that, if you remember the television show, you should watch the film at least once if for nothing more than nostalgia's sake.