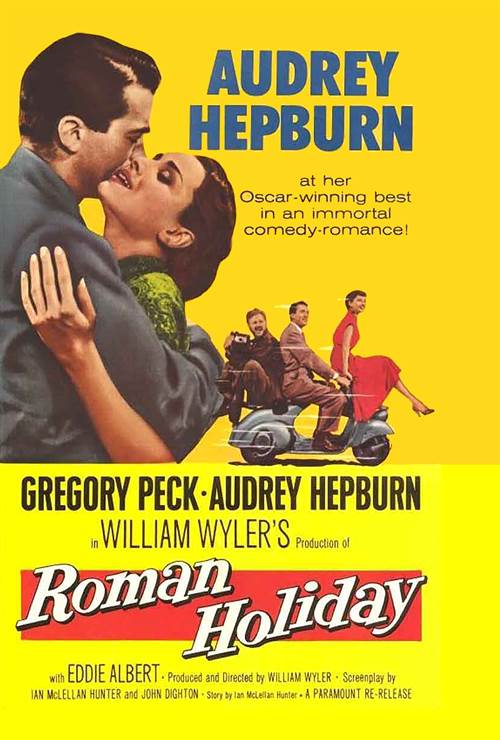 Audrey Hepburn's Oscar-winning performance in her first starring role. Roman Holiday was nominated for ten Academy Awards, and Audrey Hepburn captured an Oscar for her portrayal of a modern-day princess, rebelling against the royal obligations, who explores Rome on her own. She meets Gregory Peck, an American newspaperman who, seeking an exclusive story, pretends ignorance of her true identity. But his plan falters as they fall in love. Eddie Albert contributes to the fun as Peck's carefree cameraman pal. Stylishly directed by William Wyler, this romantic comedy ranks as one of the most enjoyable films of all times.


Roman Holiday Gets The Royal Restoration Treatment  7/24/2020 9:46 AM EST
With the upgrades in technology comes great advancements in all areas of our lives.  From phones we can carry in our pockets to lights that can be turned on in our homes from hundreds of miles away, there is always something new and important coming.... | Full Article

Allison Rose
The marrying of a classic movie with the most up to date technology makes this release a must-have.
Full Review | Grade: A