The marrying of a classic movie with the most up to date technology makes this release a must-have. 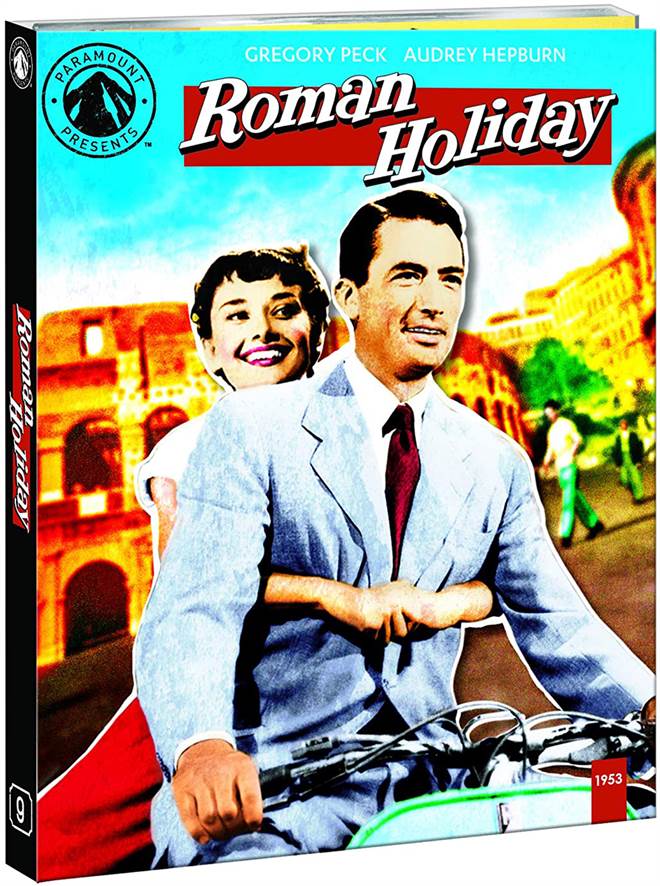 Audrey Hepburn (Breakfast at Tiffany's) was born in 1929 and by the age of twenty-four, she had her first starring role in a feature film – Roman Holiday.  She won her only Oscar for portraying Princess Ann, a heavily guarded royal who, on a state visit to Rome, decides to play hooky and slips out of the embassy undetected.  The film, itself, was also praised along with Hepburn's co-star Gregory Peck (To Kill A Mockingbird).  This month Paramount Pictures, as part of their Paramount Presents Series, is releasing the newly restored and remastered film on Blu-ray for the first time ever.

Princess Ann (Hepburn of an undisclosed European country, has her whole life scheduled out for her and it seems she has grown tired of it.  While on a State visit to Rome she throws a fit causing her "handler" to give her a sleeping pill.  However, instead of going to sleep, she sneaks out of the embassy to explore.  Unfortunately, the pill suddenly kicks in and Ann falls asleep on a bench which is where Joe Bradley (Peck) finds her.  Not knowing who she was, and thinking she was drunk, he brought her to his apartment to "sleep it off".

The next morning Bradley goes to the office and lies to his boss about having been at a press conference with the princess until his boss tells him the press conference didn't happen because the princess was sick.  Upon seeing a picture of Princess Ann, Bradley realized she was the same person who was currently asleep in his apartment.  Returning home, he doesn't let on that he knows who she is, and they spend the day together enjoying the sights of the city and falling in love.  However, when the day ends so does Ann's freedom and her relationship with Bradley.

Hepburn's performance was excellent, and it is understandable why she was cast, as well as, why she received the Oscar.  She had a certain grace and elegance about her which made her a believable princess also had a fun, frivolous side that allowed her to play a drunkard well.  Peck was a terrific complement to Hepburn, and it is easy to see how they could fall in love almost instantly, which, in turn, made audiences fall in love with them.  The supporting cast is very good as well, especially Eddie Albert (Green Acres) who played Bradley's photographer friend, Irving Radovich.

Of course, any older film that gets a Blu-ray release is going to have an uptick in the video quality but since this movie went through an extensive restoration and was produced from a new 4K master, the picture quality is superb.  The scenes are bright and clean with very little artifacting.  The Dolby TrueHD Mono 2.0 audio is layered and has depth despite being a mono mix.  The combo pack has about an hour of extras including:

Not only was Roman Holiday Hepburn's first lead acting role but it was also the first film shot completely on location in Italy.  It was groundbreaking back in 1953 with beautiful scenery, incredible costumes, and a fun, lighthearted story.  Having now seen it, I think this has become my favorite Audrey Hepburn film.

The marrying of a classic movie with the most up to date technology makes this release a must-have.  It's visually stunning for a sixty-five plus year-old film yet the story is timeless and sweet, and the acting is wonderful.

For more information about Roman Holiday visit the FlickDirect Movie Database. This release has been provided to FlickDirect for review purposes. For more reviews by Allison Rose please click here.