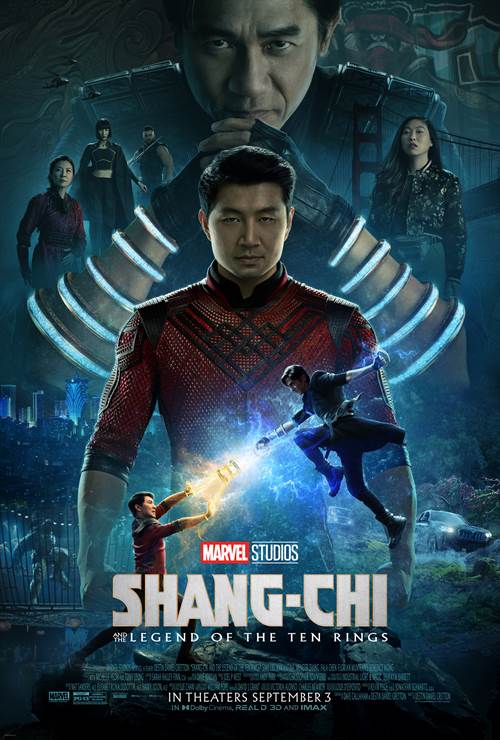 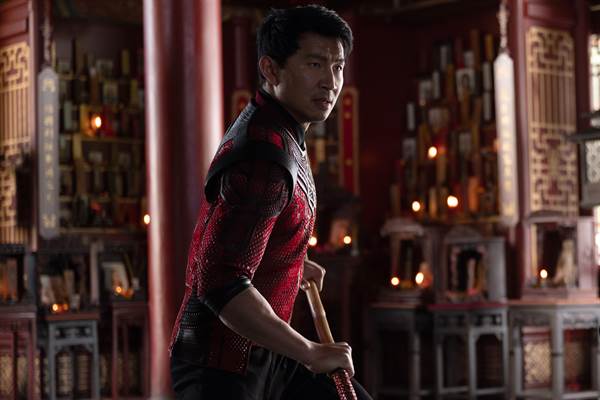 Marvel Studios’ “Shang-Chi and The Legend of The Ten Rings” stars Simu Liu as Shang-Chi, who must confront the past he thought he left behind when he is drawn into the web of the mysterious Ten Rings organization. The film also stars Tony Leung as Wenwu, Awkwafina as Shang-Chi’s friend Katy and Michelle Yeoh as Jiang Nan, as well as Fala Chen, Meng’er Zhang, Florian Munteanu and Ronny Chieng.

Purchase DVD/Blu-ray/4K UHD physical copy of Shang-Chi and the Legend of the Ten Rings today at Amazon.com

Download Shang-Chi and the Legend of the Ten Rings in Digital HD/4K from the iTunes store.

Listen to the Shang-Chi and the Legend of the Ten Rings soundtrack on Apple Music.

Shang-Chi and the Legend of the Ten Rings images are © Walt Disney Pictures. All Rights Reserved.


Shang-Chi Set to Become Highest Grossing Film Since Pandemic Began  9/24/2021 11:59 AM EST
"Shang-Chi and the Legend of the Ten Rings" is on track to become the highest-grossing movie since the pandemic. It is expected to officially hit the mark today, with only $200 thousand more to pass "Black Widow". The film was released solely in theatres, as opposed to "Black Widow", which was released both theatrically and on-demand. It has grossed approximately $183.2 million so far, and is expe...  More>>

Shang-Chi and the Legend of the Ten Rings Theatrical Review 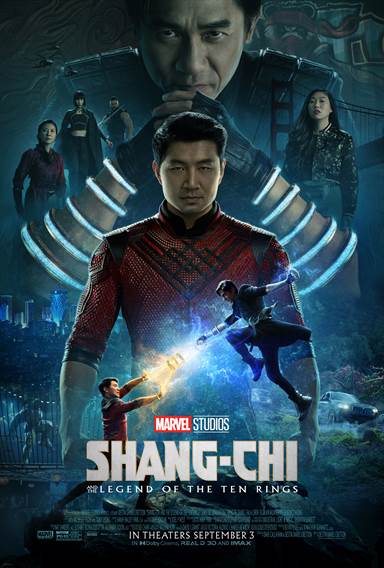 Just when you thought Marvel pulled out every superhero and villain in their arsenal, this summer we are getting introduced to Shang-Chi and the Legend of the Ten Rings. What?!? Who?!?  Why?!?  Well, the last question we already know the answer to (the all mighty dollar) but unless you are a true Marvel comics fan, chances are you have no idea who Shang-Chi is or where he fits into the Marvel Cinematic Universe. Well, get ready, because you are about to find out in true MCU fashion.

For over one thousand years Wenwu (Tony Chiu-Wai Leung; In the Mood for Love) has ruled over much of Asia.  Using his powers provided to him by ten magical rings, he would conquer countries, destroying those that would oppose him while amassing an empire.  He was a legend who craved more power and wealth and yet, who was never satisfied.  Having heard of a magical land with mystical creatures, Wenwu set his sights on invading iTa Lo and taking the "animals" for himself.  However, near the hidden entrance, he discovered a young, beautiful woman.  Jiang Li (Fala Chen; The Undoing).  Determined to invade her homeland, Wenwu fights Jiang only to discover she possesses superior fighting skills and is easily able to beat him.

Intrigued by Jiang, Wenwu visits her almost every day and eventually they fall in love.  Vowing to put their past behind them, Jiang leaves her home and loses her powers while Wenwu takes off the magical rings and puts them away leaving them fairly defenseless yet incredibly happy.  Eventually, they have a family, Shang-Chi (Simu Liu; Kim's Convenience) and his younger sister, (newcomer Meng'er Zhang), but when Jiang is killed fighting off Wenwu's enemies, He becomes bitter, angry and, while once again donning the ten rings, creates an army of killers.  He trains his son to be the same, but Shang-Chi, wanting no part of that world, flees to the United States, becomes "Shaun" and, despite being extremely smart, chooses to work as a Valet with his best friend Katy (Awkwafina; Crazy, Rich Asians).

Co-Writer and director Destin Daniel Cretton (Just Mercy) gives us a beautifully shot movie steeped in Asian traditions and displaying an incredible landscape as the backdrop of the story.  The cast is excellent with Liu truly making a name for himself and Zhang proving that almost anything boys can do, girls can do better.  Chiu-Wai Leung is the perfectly stereotypical villain who displays moments of tenderness shrouded inside a black heart.  Michelle Yeah (Crouching Tiger,  Hidden Dragon) as Shang-Chi's Aunt is a wonderful addition with her inner strength hidden behind a calm demeanor.  The only casting choice I disliked throughout the movie is Awkwafina.  While she was great in Crazy, Rich Asians, and even better in The Farewell, I find Katy to be annoying and mostly there for comic relief.

Shang-Chi and the Legend of the Ten Rings doesn't feel like a typical Marvel movie due to the fact that it has a much more fleshed-out backstory than many of the other twenty-four films in the MCU.  The cultural aspects make it more traditional than what Tony Stark brought to the table. The martial arts choreography offers some of the best fight sequences I have ever seen in a movie and the actors and stunt team should be commended for a quality product.  Of course, one of my complaints about action movies (especially superhero lead ones) is that it is entirely too long.  The audience will still get the point even if twenty minutes of fights and "fluff" are removed.

Much better than I anticipated, Shang-Chi and the Legend of the Ten Rings gives us the flavor of the MCU while changing up the dish some with new and exotic spices.  This is one film that I wouldn't mind seeing a well-done sequel.