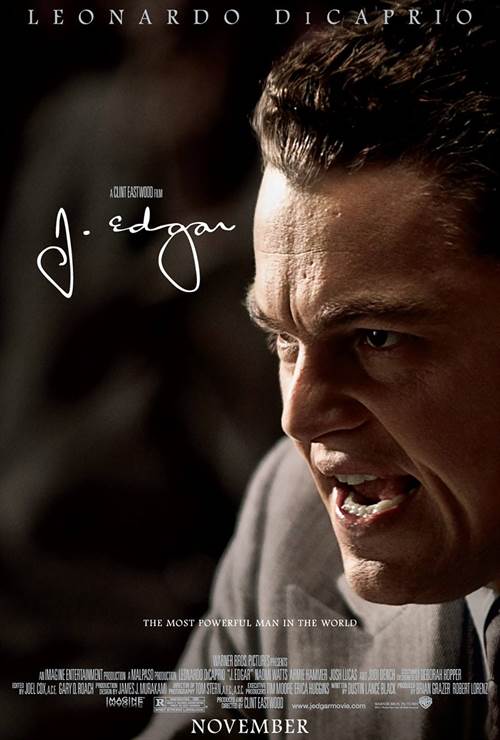 J. Edgar explores the public and private life of one of the most powerful, controversial and enigmatic figures of the 20th century. As the face of law enforcement in America for almost fifty years, J. Edgar Hoover (DiCaprio) was feared and admired, reviled and revered. But behind closed doors, he held secrets that would have destroyed his image, his career and his life.

Stream J. Edgar in Digital HD/4K from the AppleTV store. 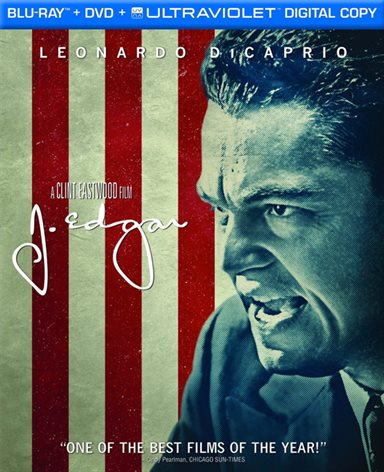 Among the most colorful moments of J. Edgar are those when J. Edgar Hoover (Leonardo DiCaprio, The Aviator, Inception) testifies in Congress. It is, more than anything, reminiscent of the very radicals he is espousing the dangers of, seeking increased government powers and resources to combat them. However, this is no accident, nor indictment of Hoover, as no doubt some will be seeking from the film: it's a testament to the expertise of everyone involved in the film that the replaying of this motif is telling a much more personal tale about our main character.

But nothing in J. Edgar seems to happen by accident. The story, at all times, seems to go precisely where you want it to go. It's told in a split between the last days of Hoover's life and a recounting of his career in the Department of Justice. All the transitions are smooth, and everyone hits their mark.

We might fault writer Dustin Lance Black (Milk, Big Love) for perhaps too religiously hitting the mark here, but there's no accusing him of mixed messages: Hoover's cautions to Congress, his cautions to those he trusts, and his voiceover cautions seemingly addressed to all the viewers warn us of the suppressive forces that affected him personally, not America. Throughout his life, he had to dissemble about the way he talked and the way he felt, and perhaps this led to the way in which he often lied more easily than he told the truth.

There's little action here, so director Clint Eastwood (Mystic River, Million Dollar Baby) broadly exploits color to get the periodicity of the piece across, from a black and white too gorgeous for authenticity, to a subtle tint of green as we watch the twilight of the characters' lives. We also get a treat rare among these biographical pieces: there are moments where Hoover is very awkward, and the impetus to turn away during these moments, as well-played by DiCaprio as they are written, is as strong as it has ever been with past masters of the form like The Office.

Much has been made of the heavy use of makeup to greatly age the characters during the later scenes of the film. I personally have never found a film or show aging with makeup to be very effective, but J. Edgar is no worse here than any others. It is not at all embarrassing, though, and in DiCaprio's case seems to go beyond previous efforts in the field, but it's Armie Hammer (The Social Network), as Hoover's lifelong romantic friend Clyde Tolson, who really shines in his aged scenes. He alternates between accepting Hoover's flaws, and still trying to change him for the better, and his final scene brings the film to a fine spiritual close, if not a literal one. The Blu-ray includes  a documentary on j edgar is the special feature, and dvd and Ultraviolet digital copy.