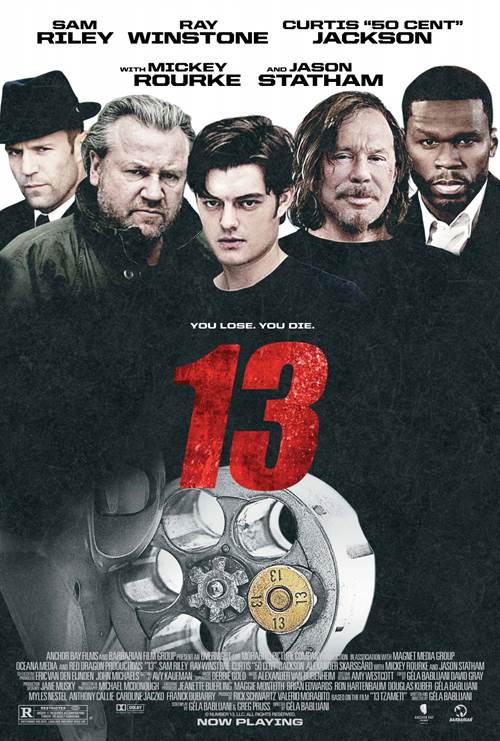 Vince Ferro is a man in desperate circumstances. While on a quick fix-it job, he steals an envelope containing instructions for a mysterious job that promises a potential fortune. He assumes a false identity and follows the instructions, only to find himself a numbered participant in an underworld Russian roulette competition, where gamblers place bets on who'll survive when the trigger is pulled. The stakes are high, but the payout is more than he can resist. Many are competing for the first time, and a precious few have even returned to play again, but are his odds any better than other players in this most deadly game? What will it take to be the last man standing? 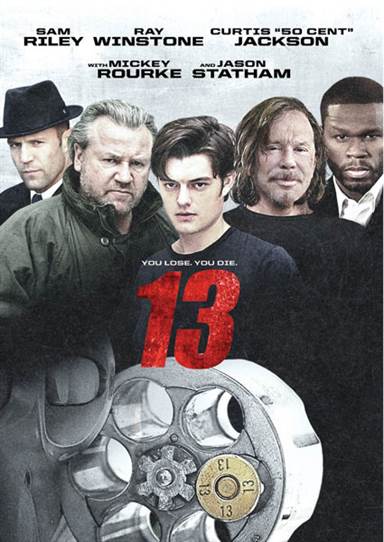 The film 13 is a type of Russian roulette for American audiences. There's a decent amount of star power and established actors collected for this, at times, drama, and those new to the premise might find themselves drawn into this foul underworld saga.

An electrician watching his family slide into crippling debt, Vince (Sam Riley) finds his curiosity elevated when he spies a client dealing with secretive materials in his house, talking about large paydays for taking part in a "game." When the homeowner dies, Vince steals the information, taking the man's place in the enigmatic scheme, following strict instructions that bring him into the lower levels of a remote mansion. Branded "13," Vince finds himself caught up in a secret society that permits the wealthy and connected to bet on the lives of strangers, using brutal matches of Russian roulette that pit these 13 men against one another, some by choice (Ray Winstone), others by force (Mickey Rourke). With the moneymen (including Jason Statham and Ben Gazzara) calling the shots, Vince learns there is no escape, coerced into playing until the last man stands.

To the director's credit he doesn't inflate the material to blockbuster standards, keeping "13" low to the ground in terms of execution. It's a hard-edged premise that doesn't need over-the-top razzle-dazzle to connect with the viewer, best communicated through panicked close-ups and icy stares, using the dire ambiance of the game room to fuel the suspense. The film actually does a commendable job finding a macabre rhythm, utilizing the mysteries of the opening act to shape Vince's curiosity and desperation, finding the clueless young man committing to a threatening offer and its numerous security checkpoints without knowledge of what's to come. The director regrettably attempts to jumpstart the nightmare with a pointless flash-forward before the film begins (revealing Vince's ultimate level of competition), but the creep of the situation remains strong in the early going, producing interest in seeing what happens next.

The gaming sequences form the core of the picture, taking viewers to the brink of madness as the players are arranged in a circular formation, each with a loaded gun pointed at the brain stem of the man in front of them. It's a startling scenario, milked well by the cast, including Michael Shannon as the master of ceremonies, perched high on a ladder, barking orders to the players as though possessed by the Devil himself. The violence is minimal, yet the build-up to the trigger pulls is unrelenting, isolating the fear factor of assured doom, with Vince, the newcomer to the game, unsure of his willingness to participate. Though familiar in design, the Russian roulette events retain their primitive sense of horror, establishing substantial tension for the midsection of the movie.

"13" is an icy film, and it seems like the director felt the need to inject some emotional texture into the piece, making Vince a whimpering victim of the lousy economy, while gambler Jasper (Statham) prods his mentally ill brother (Winstone) into defending his title, creating an irritable family dynamic. Characters never blossom, but performances by Riley and Winstone carry a passable weight, while the supporting cast is permitted brief blasts of personality. Color by Rourke and Gazzara is welcome, but there's also Curtis "50 Cent" Jackson in the mix, playing a member of the onlookers, furthering his reputation as one of the worst actors in the business today. Thankfully, his screen time is limited.

Given the quiet way it came and went from theaters it isn't surprising that the DVD has nothing to offer in the way of features, other than looking good through a HDTV.

The bleak space of Russian roulette is exactly where "13" should remain, yet the film feels the need to extend beyond the game to sniff out more of a conventional resolution. Its material best suited for blunt shocks, not tired thriller elements, stumbling to find a sickening closing irony in a story that lacks the final one-two punch to bring it home. It's not quite the as disastrous as it could've been so overall the experience is enjoyable. 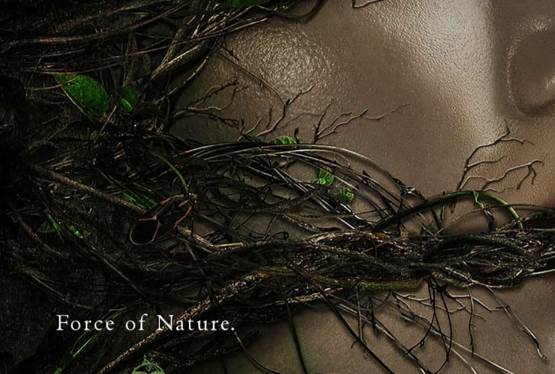 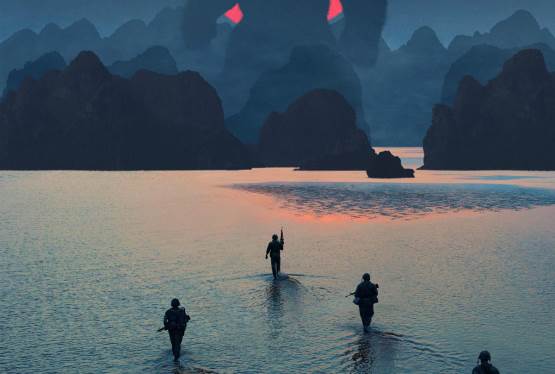