Home / Movie Database / What To Expect When You Are Expecting

What To Expect When You Are Expecting (2012) 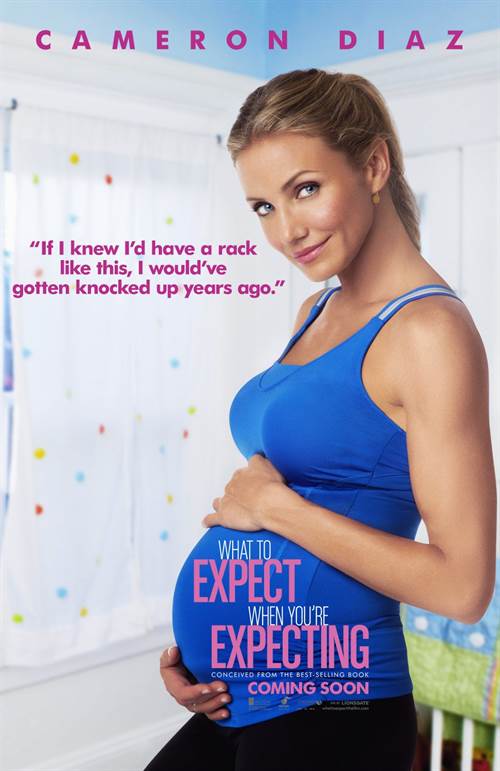 What To Expect When You Are Expecting Synopsis 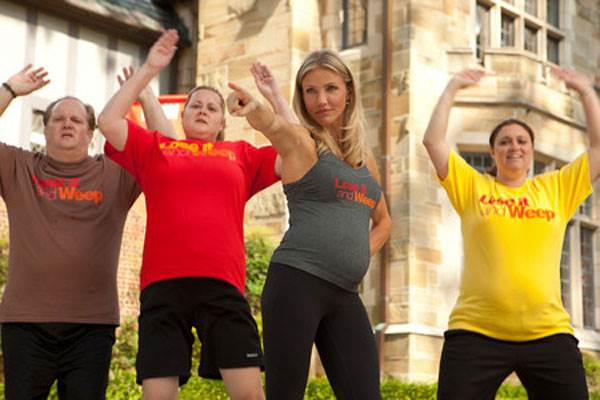 The challenges of impending parenthood turn the lives of five couples upside-down. Two celebrities are unprepared for the surprise demands of pregnancy; hormones wreak havoc on a baby-crazy author, while her husband tries not to be outdone by his father, who's expecting twins with his young trophy wife; a photographer's husband isn't sure about his wife's adoption plans; a one-time hook-up results in a surprise pregnancy for rival food-truck owners.

Purchase DVD/Blu-ray/4K UHD physical copy of What To Expect When You Are Expecting today at Amazon.com

Stream What To Expect When You Are Expecting in Digital HD/4K from the AppleTV store.

What To Expect When You Are Expecting images are © Lionsgate. All Rights Reserved.

What To Expect When You Are Expecting Theatrical Review 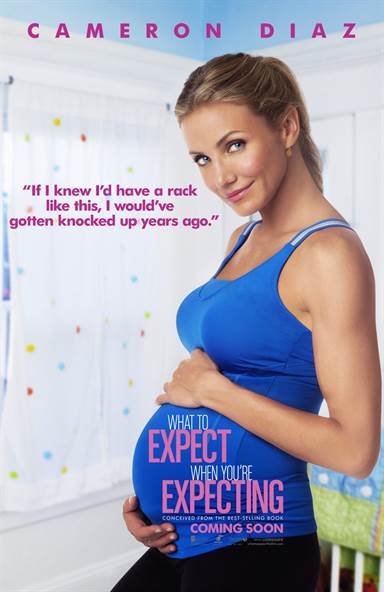 First published in 1984, Heidi Murkoff's book was peer-driven pregnancy information based on actual experiences  at a time when Dr. Spock had cornered the child-care market. The book remains a classic; four editions later, it's spawned a host of related titles and copycats.

No surprise, then, that Hollywood finally came calling, especially after "He's Just Not That Into You" made the successful leap from page to screen. "What to Expect" is the latest in slick packaging: Take a popular, high-concept title, weave together a limp tapestry from various loosely connected narrative strands, and embellish the project with a full roster of marketable stars (most of whom didn't have to commit to a lengthy shooting schedule).

The pic makes much of the unexpected pregnancy. Celebrity fitness guru Jules (Cameron Diaz) is stunned to learn she and dancer b.f. Evan (Matthew Morrison) are pregnant. Likewise, food-truck manager Rosie (Anna Kendrick) is surprised that a one-night stand with her hunky rival, Marco (Chace Crawford), leaves her pregnant. No one is more amazed than lactation specialist Wendy (Elizabeth Banks), who nearly threw in the towel after two years of trying with her husband, Gary (Ben Falcone). Always looking to overshadow his son, Gary's dad, Ramsey (Dennis Quaid), announces at a family brunch that he and trophy wife Skyler (Brooklyn Decker) are also expecting.

Photographer Holly (Jennifer Lopez) and husband Alex (Rodrigo Santoro) become parents through adoption. After discovering a baby is coming their way from Ethiopia, Holly is thrilled; Alex, terrified. That leads Alex to solicit the advice of a "dudes group," a roving quartet of Baby Bjorn-outfitted, stroller-toting dads including Chris Rock and Tom Lennon. Though they warn Alex he may never have fun again, the guys also show a tender side to fatherhood. Thanks to Rock's deft delivery, these scenes also generate the films few big laughs.

Director Kirk Jones ("Nanny McPhee") does a solid job negotiating the material and managing the few tonal shifts when an occasional dark moment emerges, miscarriage and a perilous delivery among them. Given what it might have been, it's a bit of a shame that "What to Expect When You're Expecting" isn't much more than a light-hearted, star-studded infomercial for pregnancy. Films like these are a dime-a-dozen and rarely make much of an impact other than to spur Hollywood on to making more of them. So don't expect too much from this movie; other than the fact that everyone is expecting.