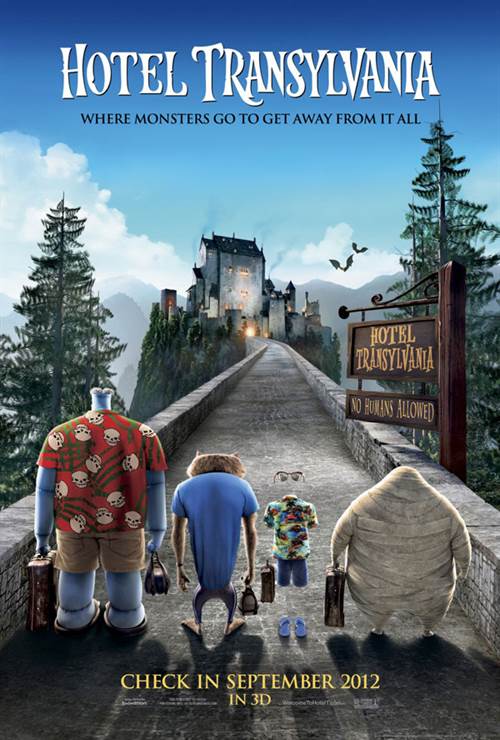 Welcome to the Hotel Transylvania, Dracula’s (Adam Sandler) lavish five-stake resort, where monsters and their families can live it up, free to be the monsters they are without humans to bother them. On one special weekend, Dracula has invited some of the world’s most famous monsters – Frankenstein and his bride, the Mummy, the Invisible Man, a family of werewolves, and more – to celebrate his daughter Mavis’s 118th birthday. For Drac, catering to all of these legendary monsters is no problem – but his world could come crashing down when one ordinary guy stumbles on the hotel and takes a shine to Mavis.

Stream Hotel Transylvania in Digital HD/4K from the AppleTV store. 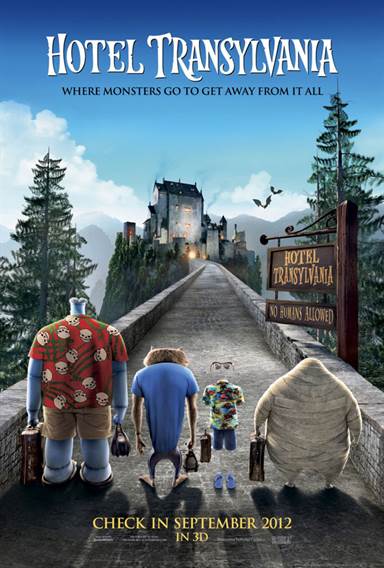 A father's love for his daughter knows no bounds, even if you're Dracula.

Parents will tell you that wanting to protect their children from the outside world never truly goes away, but what happens when your Immortal? In "Hotel Transylvania", Dracula (Adam Sandler) wants to protect his little girl Mavis (Selena Gomez) from the horrors that await her in the outside world. Playing the over protective dad has to come naturally over a hundred years.

As we all can attest to, most monster stories have always ended with the mobs of humans chasing the monsters down, trying to kill them. So Dracula comes up with the idea of creating a hotel where all monsters can go for a little rest and relaxation, far away from the mobs with their torches. Pretty good idea, I think.

Every year Dracula's friends come to town, but this year is special. It's Mavis's 118th birthday, and a big party is planned for the occasion.  But of course something unexpected happens, a human walks through the front doors. Jonathan (Adam Samberg) stumbles in and finds this hotel to be quite amazing. Pretty cool costumes dude!

Dracula now finds himself trying to conceal this annoying backpacker, so his guests don't flee the premises. Of course Mavis meets Jonathan and Zing! Kindred spirits from two different worlds. So while Dracula is planning Mavis's big party, each event seeming more dead than exciting, Jonathan steps in to liven the situation up. And with each moment that Jonathan steals the spotlight, Dracula finds himself more insecure and intent on protecting his daughter from all humans including Jonathan. But are the horrors that await outside the walls of Hotel Transylvania really there? Or is it all made up in Dracula's mind? And can he stop being so protective long enough to realize his daughter is all grown up?

You'll have to see for yourself!

"Hotel Transylvania" has quite serious undertones, from the loss of a parent to a parent that can't let go. But seriously, it has Adam Sandler in it! Sandler has truly found the perfect realm for his humor and vocal talents. "Hotel Transylvania" takes Sandler's sillier G rated humor and just runs with it. With the addition of Kevin James playing Frankenstein, Steve Buscemi as the Werewolf, David Spade the Invisible Man and CeeLo Green as the Mummy how could you go wrong. The constant gags between the gang, feel more spontaneous than planned and really are hysterical together. But what it all comes down to is the Adam & Andy show. The two actors play so well off each other and since playing father and son in "That's My Boy" they seem destined to be teamed up for many more movies to come.

"Hotel Transylvania" is truly worth seeing in 3-D in the theaters. It's has the perfect mix of comedy for kids and parents alike. In fact you may be laughing so hard you'll miss the morals of the story, but that's ok, I'm sure you'll be checking into this hotel over and over again, once your kids own it on Blu-ray too.

I give "Hotel Transylvania" 4 and a half torches out of 5, assemble your mob and storm your local movie theater!