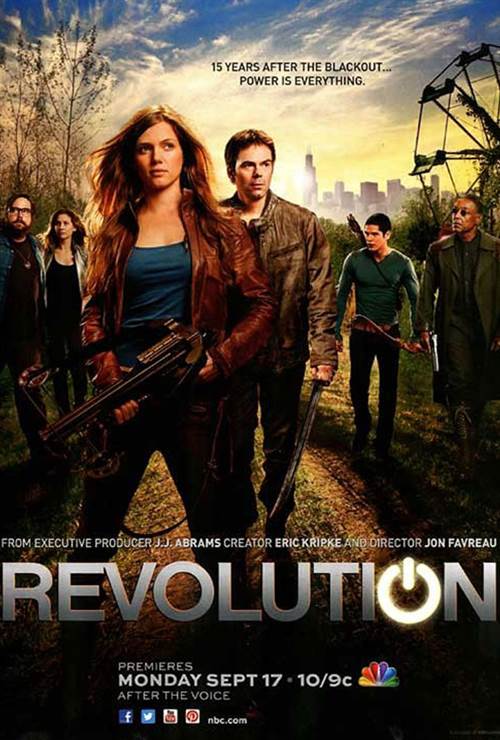 Stream Revolution in Digital HD/4K from the AppleTV store. 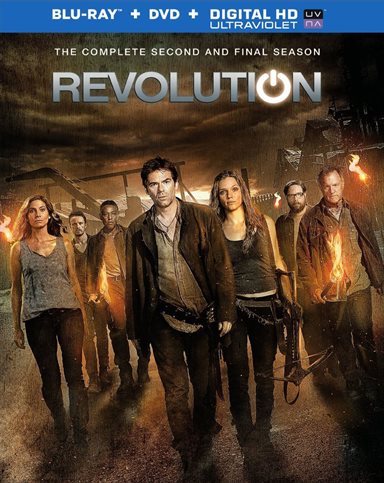 Revolution, created by Eric Kripke (Supernatural), comes back for a second and final season on Blu-ray to the delight to fans of  the now canceled show.  While the series started off fairly slowly, it picked up part way through and the second season continued this momentum.

Beginning the series six months after season one concluded, we find the group a bit fractured.  We learn that the nuclear missiles launched from the tower had reached their targets in Philadelphia and Atlanta, causing massive loss on both the Monroe Republic and the Georgia Federation, and shaking both groups to their cores.  The devastation is evident as they try to rebuild their lives, a daunting and extremely difficult task.

There are many internal struggles going on; relationships continue to be strained between Charlie (Tracy Spiridakos), her mother and her grandfather, and also between Monroe (David Lyons), Neville (Giancarlo Esposito), and the rest of the group.  They find themselves making alliances they never thought could happen in order to survive and fight against a new enemy, "The Patriots".   This new struggle adds an interesting element we didn't see in season one of the show, and as the season progresses we watch how this shapes the characters and the plot.

Revolution is presented on Blu-ray in 1080p and 1.78:1 aspect ratio.  The video is crisp and clear with no visible artifacts. The audio presented in DTS-HD Master Audio 5.1, which spectacularly adds hidden gems, not heard on the original television run. The set included both the Blu-ray and the DVD versions of the show as well as the customary Ultraviolet digital copy.

Features also found on the Blu-ray/DVD set are: Unfortunately Revolution couldn't find the following it needed to be successful, and leave fans without a real ending which is frustrating. For them, this Blu-ray release, is a nice bittersweet swan song that does the series justice.