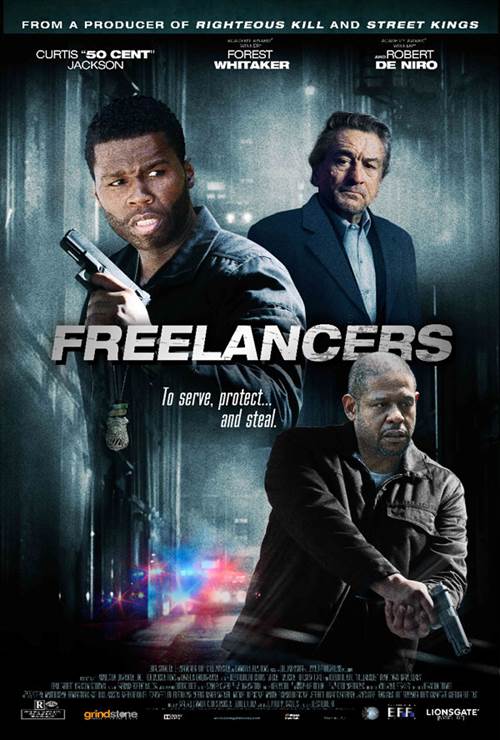 The son of a slain NYPD officer joins the force, where he falls in with his father’s former partner and a team of rogue “Gotham cops.” His new boss, Sarcone (De Niro), will see if he has what it takes to be rogue through many trials and tribulations of loyalty, trust and respect. However, when the truth about his father’s death is revealed, revenge takes over and he won’t stop until justice has been truly served.

Stream Freelancers in Digital HD/4K from the AppleTV store. 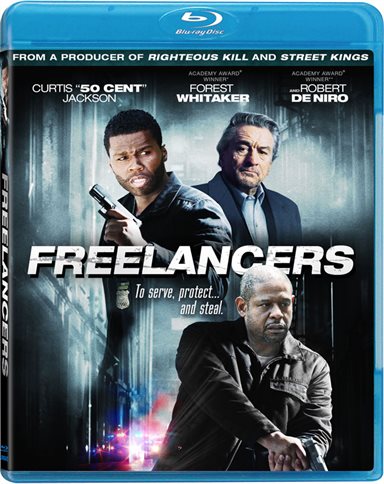 Apparently it's true what is said of actors. Some films they choose out of an interest in the story and challenging themselves in new ways. While others are simply just a paycheck. This is clearly true for Robert De Niro because there is no logical reason for an performer of his caliber to be in a movie such as Freelancers. You almost with you could be there when he was offered the script; what were his thoughts after hearing about it? Probably something along the lines of "Eh, what the hell, I've got nothing better going on." At least one hopes that what he is thinking, because lately his film choices seem to be questionable at best.

Freelancers introduces veteran cop Billy Morrison (Matt Gerald). He's ludicrously racist, to the point where the film almost has to cram to fit in how racist he actually is. A tense stand-off between two local black youths draws Morrisons attention. When he arrives, he doesn't hesitate in drawing his guns, waiting for the chance to fire. Unfortunately for him, Morrison is inadvertently taken hostage until the rookie, Malo (50 Cent), can diffuse the heated scenario.

For Morrison, and the pit bull-owning gangster stereotype, their job is done. Neither is seen again. Freelancers makes a jarring, impossible story shift as it locks down the characters. Despite what appears to be a build-up towards inevitable conflict, Morrison is dropped from the script. It's as if the first half of the movie was a test run to see which characters the audience would stick with, and those unrelatable are dropped. Any leftovers to his bigotry are deleted.

The script seems to be a mishmash of character actors making the briefest of appearances. Vinnie Jones (yet again in a role barely registering a cameo), one-off veteran cops, and even key characters like AD (Malcolm Goodwin) walking away from their crucial parts. This is a Curtis Jackson/50 Cent film, no one else allowed, and he indirectly seems to be making all structural decisions as the film rolls on.

If Freelancers feels aimless, that's because it is. Lifelong friends AD, Malo, and Lucas (Ryan O'Nan) join the force with spirited hopes despite a checkered past. They're brought in the back door so to speak, pushing out on patrols, dealing with crack-addicted or racist superiors, and finding a means to corruption. Drug money is split up between the trio from the grizzled hands of Sarcone (Robert De Niro), and they fall deeper into the seedier side of police work. When truth wins out, it breaks alliances and new ones are formed to necessitate conflict.

Freelancers takes over 50-minutes to set up the narrative framework, padded with gratuitous sex scenes, nudity, or mindless foot chases. There are no character building scenes because no one changes. Malo seems as if he's overcome his past, but dwindles under the minimal peer pressure put forth by Sarcone before his first official day on the job. He plays dirty despite yearning for his father who was killed in the line of duty (or so we assume), disgracing what is billed as a clean name.

Fights are clumsy, fake New York (New Orleans is the actual location) looks hideous on a cramped budget, and character progression is flat. Jackson's emotional lows don't show range despite Freelancers counting on his performance, likely as confused by the point of this material as the audience. The scripting is beneath the like of De Niro, even if he is the mild bright spot in a dreadful, dreary film.

Despite having a Blu-ray release, there is little else to this home entertainment release. The video and audio quality lacks any kind of punch and as for extras, they are as flimsy as the film. Director Jerry Terrero and 50 Cent offer their words in a commentary track, this followed by 11 deleted scenes covering a total of18-minutes. Behind-the-scenes material is comprised mostly of interviews that dissect the characters and plot. Oddly, there are nine extended interviews, but if you've viewed the behind-the-scenes feature, you've see large chunks of them already. Lionsgate crams some trailers on to call it day.

Freelancers if an inconsequential film that is an confused as anyone who watches it. Exactly what everyone involved expected this film to become is impossible to guess. It's just another movie pumped out by the Hollywood machine for the entertainment of no one. 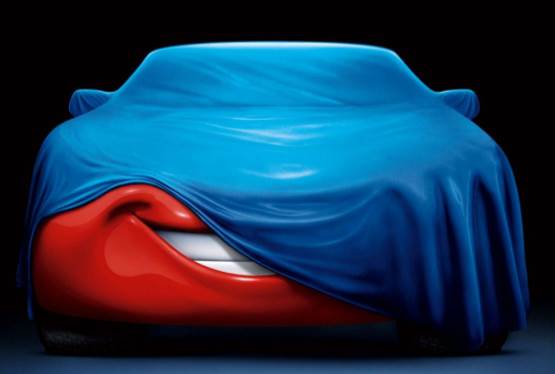