Home / Movie Database / Next of Kin 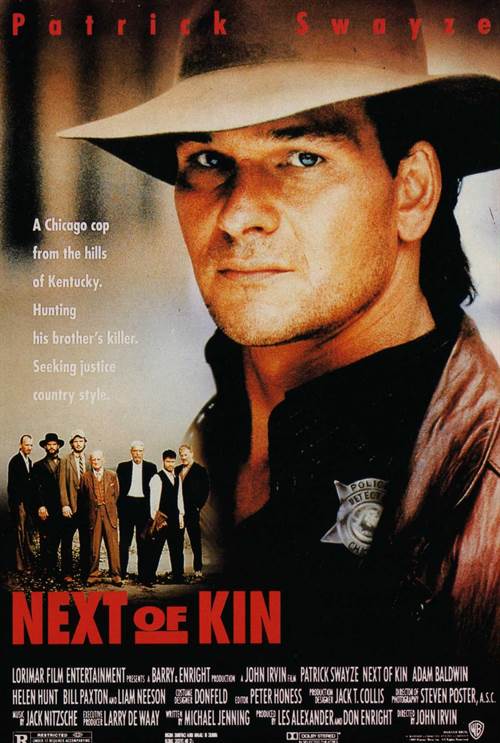 Next of Kin Synopsis

Chicago cop Truman Gates has alienated his rural Kentucky relatives by living in the big city. Truman is happily married to Jessie, a violinist and music teacher. Back on the family spread in Kentucky, Truman's older brother Briar Gates, who has had to struggle ever since the local coal mine was closed down, resents Truman for moving to Chicago and for convincing their younger brother, Gerald Gates, to do the same. Gerald, a truck driver for a vending machine company, feels torn between Truman and Briar. But things are about to take a deadly turn, thanks to Chicago's Isabella crime family, which is led by John Isabella. In an attempt to legitimize his enterprises, John is bringing his son Lawrence Isabella, a recent business school graduate, into the Isabella family operation. That doesn't sit well with Joey Rosselini, whose plan to succeed John as the head of the family is now threatened. Insulted by being forced to groom Lawrence for a position that he feels should be his, Joey reluctantly lets Lawrence accompany him on a little trip to convince the owners of a local vending machine company to sell out to the Isabellas. Joey's method of achieving this goal is to hijack a company truck filled with merchandise, but its driver -- Gerald Gates -- leads them on a chase, and nearly escapes before Joey shoots him dead. By the time Truman figures out that it was Joey who killed Gerald, Briar has arrived in Chicago looking for Joey. And then Lawrence is found dead. John wants revenge, and Joey tells John that it was Truman and Briar who killed Lawrence. Briar later ends up killed by Joey in a shootout. Having had more than enough, Truman gets his family together for an all out war against Joey and his henchmen.

Purchase DVD/Blu-ray/4K UHD physical copy of Next of Kin today at Amazon.com

Stream Next of Kin in Digital HD/4K from the AppleTV store.

Next of Kin images are © Warner Bros.. All Rights Reserved.

Next of Kin Blu-ray Review 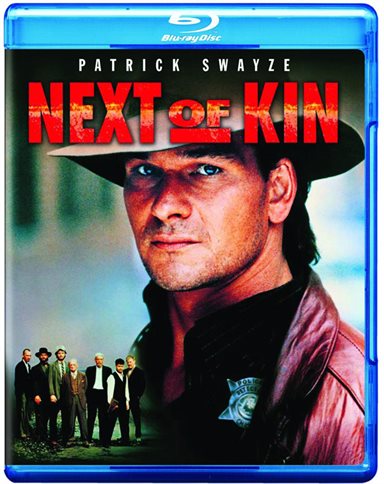 In 1987, Patrick Swayze scored a sleeper smash with "Dirty Dancing," catapulting the actor to bigger and better roles in Hollywood, offering a shot at starring vehicles after years of supporting work. In 1990, Swayze hit the jackpot with "Ghost," a bona fide blockbuster that made him a household name, using sensual pottery and a resolute commitment to emoting to turn his last name into legend. Yet, there was an odd year in between the hits, with 1989 providing an especially double-fisted year for Swayze, testing out his newfound bankability with two actioners of disparate temperaments, both met with cult approval and middling box office. "Road House" is the more infamous of the pair, with its golden leading ladies, throat-tearings, mischief, and extending the concept of a barroom brawl to feature-length proportions. It was undeniably silly yet utterly irresistible, turning Swayze into an action figure with outstanding catchphrases ("Pain don't hurt.") and a coolness about him that solidified his unique screen presence. The lesser of the '89 releases was "Next of Kin," which once again called upon the star to utilize his physicality, this time in a cop drama with an unexpected southern twist. Less volatile than "Road House," "Next of Kin" certainly has its appealing moments, but the sheer Swayze-ness of the production feels unnecessarily muted.

Raised in the hills of Kentucky, Truman Gates (Patrick Swayze) has a special way of dealing with suspects while making his rounds as a detective in Chicago. Married to violinist Jessie (Helen Hunt) and about to become a father for the first time, Truman finds the strain of family consuming his thoughts. Hoping to convince his little brother, Gerald (Bill Paxton), to leave the big city and return home to a simpler life in Kentucky, to the protection of sibling Briar (Liam Neeson), Truman's pleas are met with resistance. When tragedy strikes and Gerald is murdered by reckless mob enforcer Joey Rossellini (Adam Baldwin), Truman is faced with the inevitable, soon confronted with Briar's vengeance-fueled presence in Chicago. With his mob family, including boss Papajohn Isabella (Andreas Katsulas) and his son Lawrence (Ben Stiller), encroaching on his plans for underworld rule, Joey looks to assert control with blunt force, eventually coming up against Truman's investigation and Briar's plans for revenge. Caught between backwater justice and his own duties as a cop, Truman greets an impossible situation of familial duty while commencing a blood feud with the mafia.

The script deserves some praise for elevating "Next of Kin" with mild characterizations. While flatly played by Baldwin (completely unbelievable as a Italian goon), Joey makes an impression due to the authenticity of his frustration, watching Papajohn groom his educated son for control of the family, reducing the killer's role in the arrangement of Isabella's legit business, selling vending and gaming machines. While the subplot isn't fluffed to satisfaction, it's the thought that counts, providing motivation to a typical villain role, capturing Joey's irritation with Lawrence and his need to make himself felt in the organization, a carelessness that's easily understood. The story also scores with its cultural foundation, using the People of the Earth gimmick to infuse "Next of Kin" with personality and tradition, keeping Truman a complex figure of doubt as a stymied Chicago cop with a clear understanding that Kentucky vengeance is more apt to get the job done. There's not enough torment in the character to fully flesh out the conflict dividing the two worlds, but director John Irvin dutifully creates a contrast between the bitter, suffocating city streets and Briar's countrified kingdom, where the Gates family collects to greet their estranged brother and plan their revenge, even requesting a fiddlin' session with Jessie.

Caricatures are certainly obvious, yet the broad Kentucky strokes are gracefully handled by Neeson and Swayze, generating an authentic brotherly dynamic that's peppered with tilted accents and idioms. The men are entertaining to watch, with Neeson the unshowered, backwoods Batman, swooping into Chicago on a quest to weed out Gerald's killer, tormenting the Isabella family until they surrender. Successfully swallowing his natural Irish lilt, Neeson carries enough stoicism and brute force to make an impression. Being the star of the show, Swayze has more to do, and he executes the role with expected verve, strumming the family honor chord with conviction. "Next of Kin" doesn't boil over as an actioner, keeping the picture focused more on plans of punishment over any extraordinary stunt sequences, leaving Swayze to outwardly emote like a champ. However, a few punch-happy moments remain, including a barroom family therapy session between Truman and Briar, who pound each other as a method of communication, reinforcing the feral nature of the brothers as they work out their differences.

It's even more fun to watch on Blu-ray, as the video enhances the fisticuffs as well as the lush beauty of Kentucky. The audio, while good, doesn't offer much but that's mainly due to the lackluster score. Unfortunately there are no bonus features to speak of. It would have been nice to see something from the actors; discussing working together on this film, especially considering Swayze's passing.

While Next of Kin certainly isn't Shakespeare in the Park, it does provide a lot of enjoyment when watching it. Mostly due to the youth and vigor of its cast; a worthwhile viewing if ever you find yourself in the mood to get your "Swayze" on. 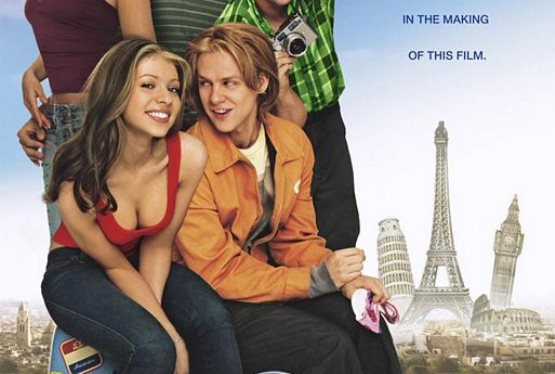