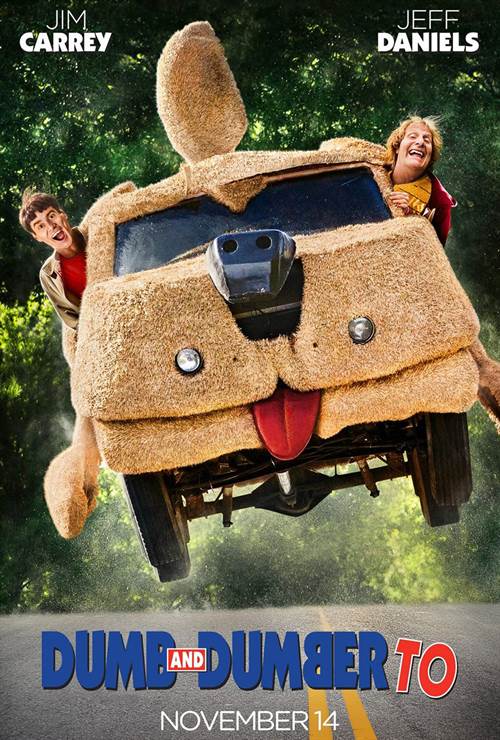 Dumb And Dumber To Synopsis

Jim Carrey and Jeff Daniels reprise their signature roles as Lloyd and Harry in the sequel to the smash hit that took the physical comedy and kicked it in the nuts: Dumb and Dumber To. The original film’s directors, Peter and Bobby Farrelly, take Lloyd and Harry on a road trip to find a child Harry never knew he had and the responsibility neither should ever, ever be given.

Dumb And Dumber To images are © Universal Pictures. All Rights Reserved.

Nathan M Rose
While Dumb and Dumber has a very large, built in audience that loves this lowbrow kind of humor, I just can’t see the point.
Full Review | Grade: D