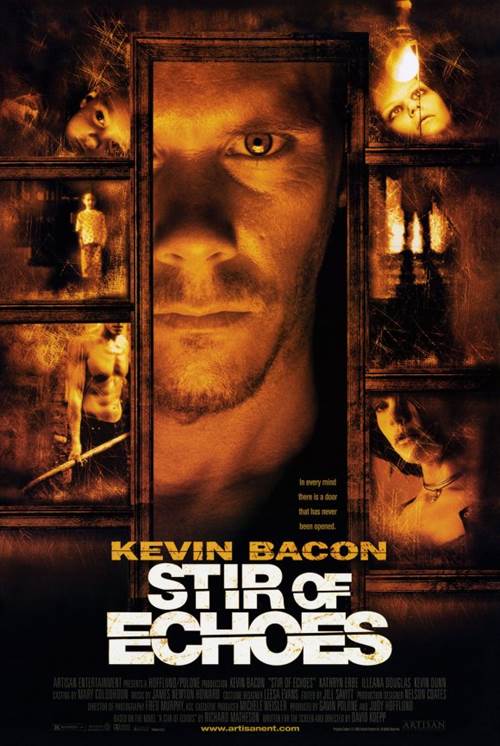 Tom Witzky (Kevin Bacon) is a blue-collar worker, a family man, the most ordinary guy in the world...who is about to be plunged into a shattering encounter with another world. And it doesn't matter that Tom doesn't believe in the supernatural. Because something supernatural has started to believe in Tom. After he is hypnotized at a neighborhood party, Tom changes. He sees things he can't explain and hears voices he can't ignore. As the horrific visions intensify, Tom realizes they are pieces of a puzzle, echoes of a crime calling out to be solved. But when his other-worldly nightmares begin coming true, Tom wants out. He desperately tries to rid himself of his eerie, unwanted powers - only to be seized by an irresistible compulsion to dig deeper and deeper into the mystery that is consuming his life. When at last he unearths the truth, it will draw him into the long-buried secret of a ghastly crime, a vengeful spirit...and the lethal price of laying that spirit to rest.

Stream Stir of Echos in Digital HD/4K from the AppleTV store.

Stir of Echos images are © Artisan Entertainment. All Rights Reserved.