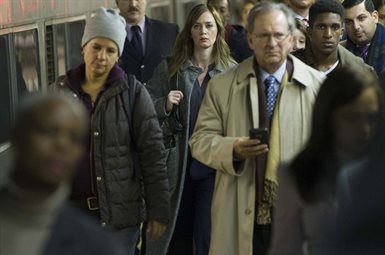 In the thriller, Rachel (Blunt), who is devastated by her recent divorce, spends her daily commute fantasizing about the seemingly perfect couple who live in a house that her train passes every day, until one morning she sees something shocking happen there and becomes entangled in the mystery that unfolds.

Based on Paula Hawkins’ bestselling novel, The Girl on the Train is adapted for the screen by Erin Cressida Wilson. The film’s executive producers are Jared LeBoff and Celia Costas, and it will be released by Universal Pictures.

Download The Girl On The Train in Digital HD/4K from the iTunes store.

The Girl On The Train images are © DreamWorks Studios. All Rights Reserved.

The Girl On The Train 4K Ultra HD Review 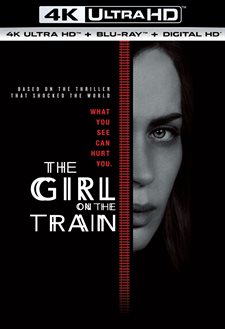 When Universal Studios wants to pick a book to develop into one of the best thriller-mystery movies of the year, they go to Paula Hawkins and create a screenplay and movie of the same name as the book and present it to the audience with twists and turns at every moment of the film. The Girl On The Train is an unpredictable story that will keep your eyes glued to the screen as the story unfolds completely unlike anything you have ever seen before.

The Girl On The Train is a thriller-mystery story about three women at all different places in their lives interacting with the same man. It is a very emotional story for all the women involved and credit must go to  Director Tate Taylor and Producer Marc Platt for developing the on-screen interpersonal relationships that are so well described in Hawkins' book.

Emily Blunt (The Huntsman: Winter's War) plays Rachel, the drunken ex-wife of the man who left her for their realtor. The story begins with Rachel riding the train and passing a home where she watches the husband and wife appear madly in love with each other. You are then introduced to the house two doors down that used to be Rachel's before she was divorced and before her home was overtaken by the realtor as the new wife, along with a new baby.  Blunt's character is a completely depressive woman. Immediately, the audience doesn't trust her perception of anything. Rachel appears drunk and out of sorts without comprehension of how her behavior affects everyone around her. It takes a while for you to learn to trust Rachel. This is due not only to the screenplay and the plot of the movie but also Blunt's acting skills.  Blunt portrays the character impeccably and every emotion from an intoxicated person to one trying to get sober, to the frustration when she realizes that she can't be trusted but is trying to help, comes through in her acting and on screen. This is a character that you feel sorry for, root for, and hope that she's telling the truth. You want her to be a better person and, at the end, as a viewer, you feel vindicated.

Anna (Rebecca Ferguson; Mission:  Impossible- Rogue) is the realtor who stole Rachel's dream life. She married Rachel's ex-husband and had his child. Anna believes that Rachel is an unstable person and her husband feeds that lie by pretending that Rachel constantly text and calls him from an unknown number. The audience doesn't realize that the husband has created this problem until the very end of the movie, which is a classic twist but is actually unforeseen by the audience.  The fact that Anna is paranoid that Rachel is dangerous, and her feelings are supported by her husband, only perpetuates the continuous mistrust of Rachel portrayed in the film. Without the mistrust between Anna and Rachel, the movie would lose some of its dynamic.   Ferguson does an exemplary job creating paranoia out of what appears to be an intelligent and sane woman. She portrays a woman who absolutely trusts her husband and makes the audience feel sorry for her being put in the position of having the ex-wife constantly harass her, despite the fact that she was the woman who broke apart Rachel's marriage and stole her life.

Haley Bennett (The Magnificent Seven) plays Megan, the unhappily married neighbor two homes down from Anna, who happens to be Anna's nanny. Predictable, but yet still surprising, Megan is having an affair with Anna's husband. After all, once a cheater always a cheater or, as Anna says in the movie - "he's a good liar".  Megan is the woman that Rachel sees from the train every day who seems in marital bliss but, clearly, this is not the truth. It could be that in Rachel's drunken state she misinterprets Megan's life or it could be the presentation of every moment when Rachel's train passes Megan's home.  Bennett's portrayal of this Mata Hari type character who betrays her husband and her employer is very convincing. She is seductive, yet charming; quiet, yet flamboyant.  The affair she's having with Anna's husband is not revealed until the end and, again, while not surprising, was still interestingly enough not clear during the movie until it was actually revealed.

Director Tate Taylor had a bit of a job translating the raw emotions and internal struggles of these three women from page to screen.  Many times, great novels fail as great movies. In this particular instance, Taylor did an immense job of courting the right talent to portray these women. While the movie flowed, it was not seamless and a little slow at times. One of the reasons not to hit the pause button was for the content of the movie and the story behind these three women. Wanting to know how they were all tied together and what the real reason for the film will hold your attention just enough to make it to the end.

The video was presented in 4K Ultra HD 10, while the Blu-ray was presented in 1080p High Definition, both in widescreen with an aspect ratio of 1.85:1.   The 4K UHD presentation is always an incredible experience. The crispness and detail of the picture that comes through on your TV screen is worth the purchase of a 4K TV alone. The Girl On The Train's video presentation was no less of an immersive experience.  If you don't have a 4K UHD, you will still receive an amazing picture quality without blurriness on the Blu-ray.

The audio was presented in DTS:X Audio. The sound was crisp and clear and dialogue was heard over and above any background music presented to set the tone and mood. You could hear the emotion in the actors' voices, which propelled the storyline through to the end.

Overall, The Girl On The Train is a suspenseful thriller-mystery movie. The combination of all three women's stories melded together create a surprising and the film. As an audience, you know where the film is going but when you finally reach your destination, it still comes as a surprise.  The train has a couple of unexpected stops along the way that delay you getting to the final destination, but the ride is the only way to get where you need to be. 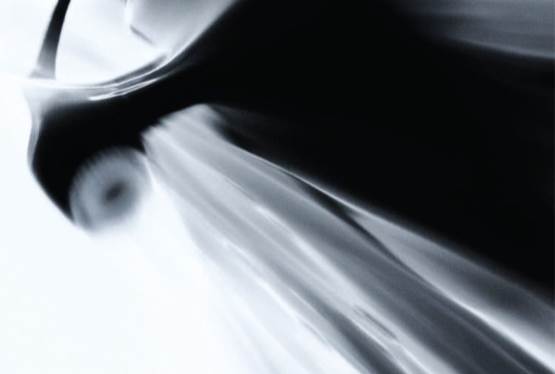 jvalenza
The book was amazing- Emily Blunt is perfect for this role! #flickdirect #thegirlonthetrain
10/1/2016 9:13 AM EST

vfedele
#thegirlonthetrain #flickdirect So can't wait to see this movie- haven't seen a great thriller in years!
10/1/2016 9:08 AM EST