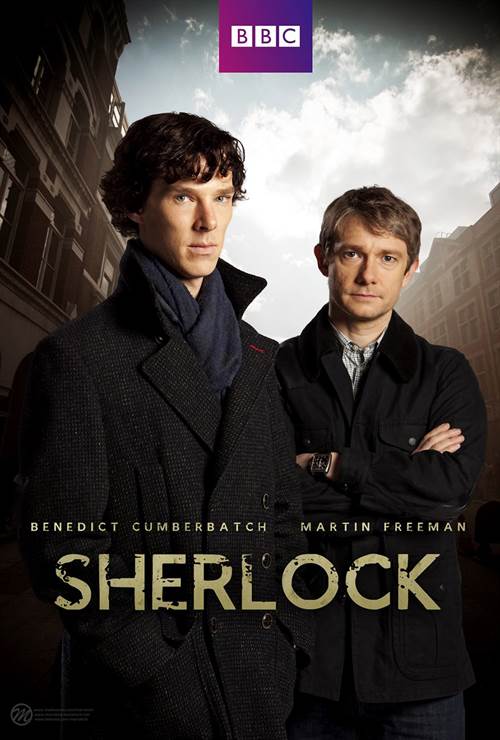 Stream Sherlock in Digital HD/4K from the AppleTV store.


BBC Sherlock Writers and Producer Team To Tackle Dracula  6/20/2017 3:47 PM EST
The writer and producers of the hit television show Sherlock have announced their latest endeavor, Dracula. The new show will follow the same feature length mini-series format as Sherlock and they are already in talks with the BBC regarding broadcast rights in the United Kingdom.While Mark Gatiss and Steven Moffat plan to write Dracula no real work has actually begun as the two men are currently c...  More>>

Fathom Events Gives Sherlock A Proper Send Off With an Added Sho...  1/17/2017 2:26 PM EST
Is this is the End of Sherlock?  Fans around the world are wondering if this could be the last episode we will see of this mystery-psyche thriller crime solving series starring Benedict Cumberbatch (Doctor Strange) as Sherlock Holmes and his sidekick, Dr. John H. Watson, cleverly played by Martin Freeman (Fargo, The Hobbit).   Sherlock's series (season in the U.S.) finale that aired on television ...  More>>

Didn't get enough of Benedict Cumberbatch? Catch him this week ...  1/16/2017 10:05 AM EST
Don't wait another two or three years for Sherlock!Fathom Events will air the Series Four Finale on January 16 and 18th in theaters across the country.  Didn't get enough of Cumberbatch on screen as Doctor Strange?  Here's your opportunity for more of him on the big screen!Sherlock is one of the most watched U.K. series and is rapidly becoming one of the more popular series in the U.S.   Playing S...  More>> 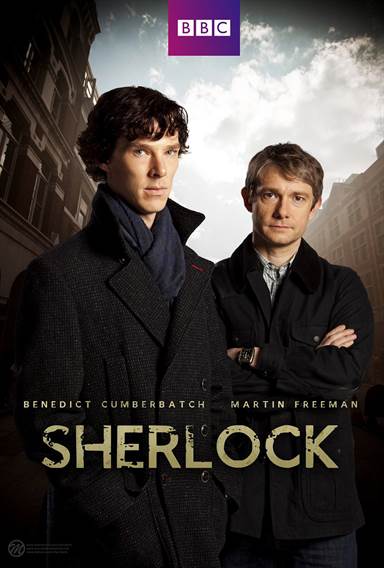 Sherlock is an U.K. production starting Benedict Cumberbatch (Dr. Strange) and Martin Freeman (The Hobbit) as Sherlock Holmes and his companion, Dr. John H. Watson.  Quite possibility being the last series (we hope not) in this show, due to the actors very busy outside schedule, Series 4 brings more emotion, more mystery closer to home than ever seen before in this series.  It also brings a new hairstyle for Dr. Watson and much improved I must say.

In Episode One, "The Six Thatchers" Sherlock is certain that Moriarty is dead and he seems to rely on Mary Watson (Amanda Abbrington; Mr. Selfridge) a lot in his analysis of his thoughts.  Mary has developed as the female Sherlock- they always seem to connect with each other and are able to work together, almost separating themselves from John Watson.  It's almost clear why John is attracted to Mary- her being a sociopath like Sherlock, and all.   It's a threesome marriage and a threesome working relationship, as Sherlock is present for the birth of the Watson's child and is Godfather to the baby.   While the caption for the episode indicates that the Watson's face their biggest challenge- becoming parents- that's not quite the story of this episode.  This episode really starts to fall together when Mary's past comes to the surface.  During her last job when A.G.R.A. was supposed to free hostages, the job went down wrong and Mary thought her three other "brothers" were dead.  Fortunately- or unfortunately for Mary, we find out that one soldier was still alive and tortured for six years - and he's not the least bit happy that Mary is still alive.  While Sherlock made a vow at their wedding to protect the couple, he can't always keep his word, despite his best efforts and best intentions.  For the first time in this series, we see Sherlock fail and while he catches the mastermind manipulator responsible for the failed hostage retrieval, the consequences for failing to keep his vow, leave Sherlock out on the doorstep facing a door not allowing his through.

"The Lying Detective" is the series mid-point, being the second episode in this three episode series.  Toby Jones joins the cast as formidable Culbertson Smith, possibly one of the most maniacal characters that Sherlock has ever come across.   Clearly, in this episode, there is something wrong - more so than ever before- with Sherlock.  He seems to be in a drug induced living state- albeit while this is been a motive for catching criminals in a prior episode- this time, it's not humorous - it's more dark and deep - a foreshadowing of something yet to come.  Sherlock and John Watson's character is also wrong this episode.  While usually the only reason present in Sherlock's narcissist mind, John's emotional psyche is going through the stages of grief after Mary's death-albeit talking to her ghost for much of the episode.   Sherlock's drug induced stated throughout this episode bring a new dynamic to the series although as usual, it's all about Sherlock.