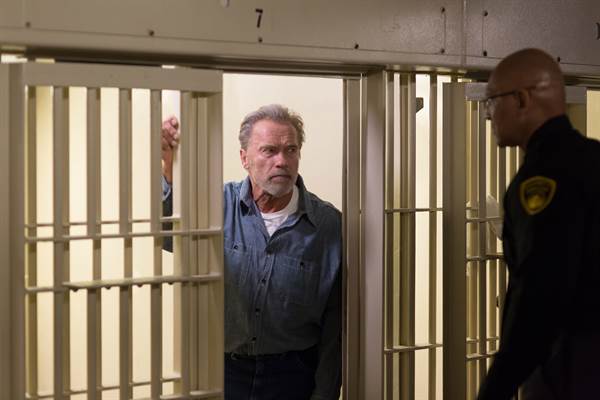 Download Aftermath in Digital HD/4K from the iTunes store. 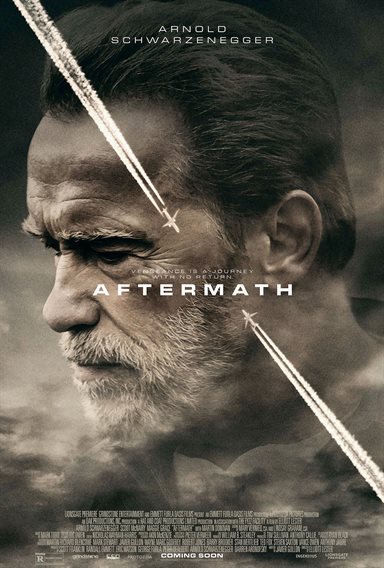 When most people think of the name Arnold Schwarzenegger, they think of explosions, hardcore action, and a high body count. However, with the actor, turned governor turned actor again, getting up there in age, the type of roles that Schwarzenegger is accepting are tending to be more dramatic. A  prime example of this is his latest film, Aftermath.

Based on a true story, Aftermath tells the tale of a father, Roman (Schwarzenegger; Terminator 2, True Lies), who loses his family in a mid-air plane collision while on their way home to him. Once the shock wears off, he has to deal with the brutal aftermath (hence the title) of the loss of his family and coming to terms with how his life will go on from there. While Schwarzenegger gets top billing for being, well, Schwarzenegger, his story is mirrored by actor Scoot McNairy (Batman v Superman), who is suffering from the guilt of not being on top of things and causing the incident to occur on his watch. His grief causes him to implode and push away his wife (Maggie Grace; Taken) and son in the process.

While not being one of Schwarzenegger's best roles, the film shows that there is more to "The Terminator" than just muscles and one-liners. He has certainly come a long way from his days of Hercules in New York and fans might be surprised as he takes on this serious role. Through all the years of blood and guts, the big man from Austria gained some pretty decent acting skills. He even gained some fat and lost some of his muscles to play the aging Roman. You truly feel for Schwarzenegger's character and you feel all the pain that he is now left to deal with day in and day out.

With a run time of just 94 minutes, Aftermath still felt like too long of a film. The pacing was very slow and drawn out. Even showing the dichotomy between Roman and Jake and how they were going through the same thing in different ways was a nice touch to the film but, ultimately, did not help move it along.  Perhaps because it was a depressing drama, it felt weighed down by the seriousness of the story.

After a very shocking climax, Aftermath had the perfect point to end the film. However, instead of doing this, director Elliott Lester (Sleepwalker) chose to continue on the film with an exposition that takes away from a more powerful and thought provoking ending. Ultimately, we are now provided with a less intense ending that provides closure for Roman and for the audience but lacks the powerful punch needed to make the movie more thought provoking.

If you are looking for an Arnold Schwarzenegger action film, you should skip seeing this. There are no special effects, no blood squids, and no supernatural elements. This is as real and raw as it gets. Schwarzenegger truly shines in this film, as do his co-stars; however, the pacing and drawn out conclusion of the movie take away from it's overall enjoyment.

During the promotional tour for this movie, Schwarzenegger has been talking about yet another Terminator film, another Conan and a sequel to the Twins film, which should delight his core audience.  However, it is also nice to see him stepping out into more dramatic roles.  While he and the other actors, along with the script, were very good, the direction and cinematography made it a less than stellar offering.