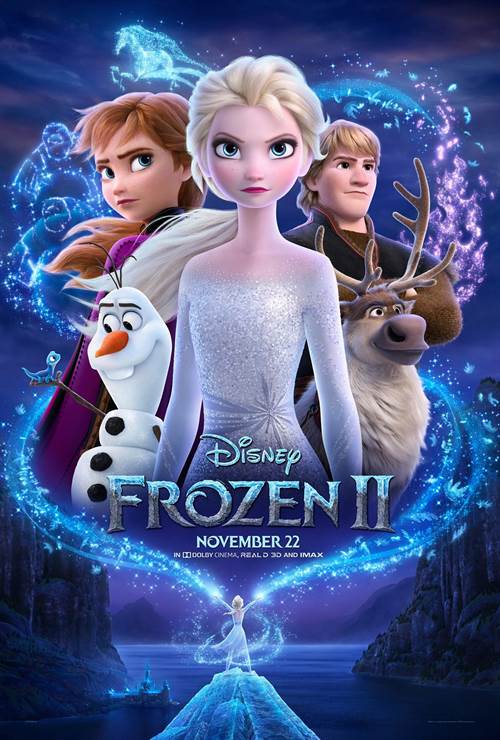 Why was Elsa born with magical powers? The answer is calling her and threatening her kingdom. Together with Anna, Kristoff, Olaf and Sven, she'll set out on a dangerous but remarkable journey. In "Frozen," Elsa feared her powers were too much for the world. In "Frozen 2," she must hope they are enough.

Stream Frozen II in Digital HD/4K from the AppleTV store.

Listen to the Frozen II soundtrack on Apple Music.


Disney Plus to Release Frozen 2 This Weekend Three Months Ahead ...  3/14/2020 9:47 AM EST
Disney has announced that they will be releasing "Frozen 2" on Disney+ three months ahead of schedule beginning Sunday, March 15."‘Frozen 2' has captivated audiences around the world through its powerful themes of perseverance and the importance of family, messages that are incredibly relevant during this time, and we are pleased to be able to share this heartwarming story early with our Disney+ s...  More>>

Frozen 2 Sing Along Coming to Theatres January 17  1/10/2020 1:53 PM EST
Walt Disney Animation Studios has announced that a "Frozen 2" Special Sing-Along Engagement will be hitting theatres on January 17 for a limited time. To get in the spirit of the special engagement, check out the sing-along version of the full "Some Things Never Change" sequence from Disney's "Frozen 2" featuring the original song performed by Kristen Bell, Idina Menzel, Josh Gad, and Jonathan Gro...  More>>

Frozen II Breaking Pre-Sale Records  11/19/2019 4:40 PM EST
According to Atom Tickets, Frozen II pre-sales are breaking records. The film has sold more tickets during its pre-sales period than Toy Story 4 and Incredibles 2 combined (in the same time period), it beats pre-sale ticket volume for live-action remakes of classic Disney films including this summer's The Lion King and Aladdin, and it also continues its trend as Atom's 2nd largest pre-sale film fo...  More>> 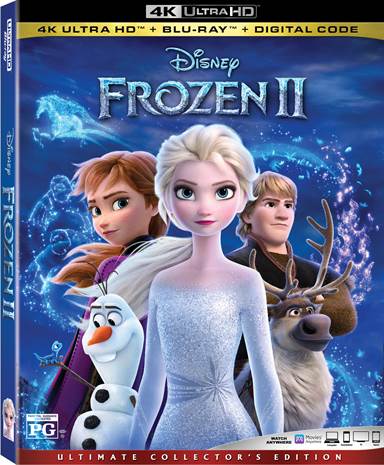 Cultural phenomenons are rare. Disney, while certainly no stranger to creating them, found something special in 2013's ‘Frozen'. Even if you've never seen the film (do you people actually exist?), It's likely you've been treated to an impromptu rendition of its Oscar-winning song "Let It Go" by an enthusiastic young "Elsa" dressed as the ice princess in the grocery store checkout line.

With so much previous success, and anticipation sky-high for its successor, Disney looked to pull out all the stops for ‘Frozen II.'  Interestingly, the original ‘Frozen,' while earning a cool 1.2 billion at the box office, really found its stride after being released on home video.

Arriving now on 4K UHD  Blu-ray and Digital HD, itself having earned over a billion at the box office, ‘Frozen II' is a worthy successor and one whose message, and soundtrack, your kids won't be able to "let go" of anytime soon.

We pick up the action with a flashback to our main protagonists Elsa and Anna as children being told a story by their parents about an ‘enchanted wood'. In the epic tale, mysterious people who live in the woods welcome the townsfolk of Arendelle (the kingdom where Anna and Elsa hail from) to share in their magical abilities in order to harness the power of the natural elements - wind, fire, water, and earth.

According to the story, the people of Arendelle are ambushed and attacked by the mysterious "Northaldra" people which enrages the natural spirits who seal off the woods in a colorful mist, trapping all those inside and keeping all others out.  Elsa and Anna's Grandfather, the king, is lost in the skirmish while their father is saved by a mysterious force inheriting the throne.

Fast forward to the present day where Elsa and Anna are now ruling over the kingdom of Arendelle. It's no secret, after the adventures of the first film, that Elsa has "Ice Powers" which allow her to conjure and control subzero manifestations. One day she begins to hear a mysterious voice that sings a familiar tune and seems to be calling out to her.

As she grapples with this unknown entity, the Kingdom begins to be overcome by supernatural forces in the form of the four elements -wind, fire, water, and earth. Recognizing that these spirits are the same as the ones who enchanted the wood and killed their grandfather,

Elsa and Anna set out on a quest "into the unknown" to unlock the mysteries of the elements and their connection to the spirits that call to Elsa.

The look and feel of the film take on a more colorful palette than its predecessor which focused on the "white" of ice and snow. Here a "fall" theme is present with various tones of purple, orange and red foliage contrasting against the gray mist. The theme of "change" exemplified by the season is prevalent throughout the film and the colors of fall really shine in 4K UHD release.

Where the film absolutely hits its mark is in the soundtrack. While "Let It Go" put the original Frozen on the map, the new songs are heartfelt, catchy, and just very good music. The songs "Into The Unknown" and "Show Yourself" are real standouts here.  If you haven't already heard them (once again, do you exist?) it's almost worth the price of admission for the songs alone. And if you have, there is a "Sing-Along" version of the film included in this release that'll have you belting out the lyrics in no time.

There is real laugh out loud humor throughout the film, mostly from the character Olaf (a snowman who Elsa created). Olaf again gets his own solo song and becomes the linchpin between Anna and Elsa when things go wrong in the third act of the film.

While the story is a bit hard to follow, especially for little ones, there is no shortage of ‘wow' moments and set pieces to keep them engaged throughout. Frozen II takes everything that was good about the Original and dials it up a notch. It will require multiple viewings to really take it all in and make sense of it all, but with the stunning visuals, grandiose songs and iconic characters captivating young eyes that won't be a problem. Don't hesitate to go "Into The Unknown" and watch it now! 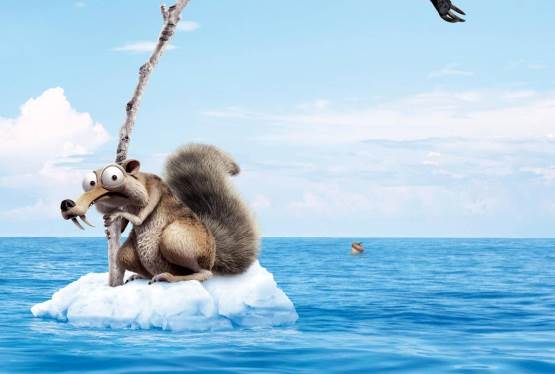