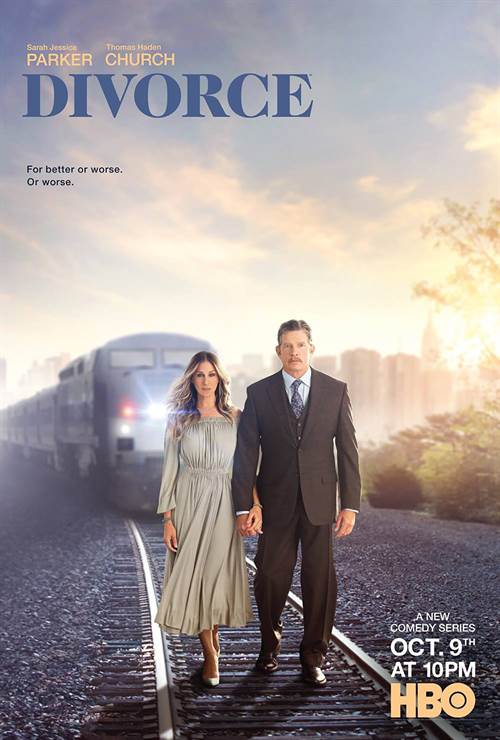 Sarah Jessica Parker returns to HBO in the new comedy series, Divorce. Parker stars as Frances, a woman who suddenly begins to reassess her life and her marriage, and finds that making a clean break and a fresh start is harder than she thought.

Stream Divorce in Digital HD/4K from the AppleTV store. 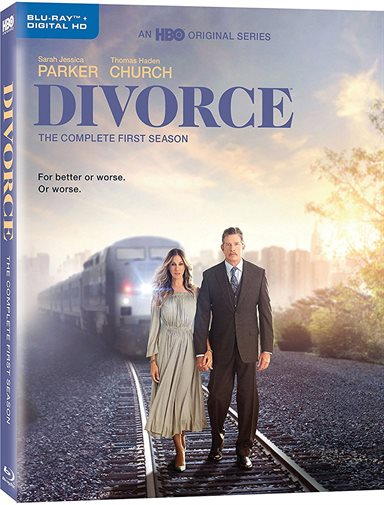 HBO has more original programming than ever before and the majority of it is top notch, award-winning fare.  This year, they added another show to their line up and it seems to want to continue the tradition of excellence they have put forth.  Divorce debuted on October 9, 2016, and by November it had been renewed for a second season.  This cast of characters will be back for even more of what we witnessed in Season One and from the look of things from the finale it may even become more over the top.

Frances (Sarah Jessica Parker; Sex and the City) and Robert (Thomas Hayden Church; Easy A) are your typical 40 something couple with a home and two kids.  If the lust has gone out of their marriage it's not that uncommon.  When they attend Frances's friend's, Diane (Molly Shannon; Me and Earl and the Dying Girl), fiftieth birthday party, things go awry and set off a series of events that steamroll into Frances's and Robert's ultimate separation.

In the first episode, Diane gets drunk at her birthday party and threatens her husband with a gun that ends with him having a heart attack and in a coma.  This sets Frances into a whirlwind and makes her ask Robert for a divorce.  Shell-shocked, he is at a loss.  The next day, she visits her lover and tells him she asked for a divorce, but when she doesn't get the reaction she planned she rescinds her request from Robert and he is relieved until he finds her phone and learns about her lover.  Suddenly, the tables have turned and Robert is all too happy to divorce Frances.  By the season finale, their somewhat "amicable" separation has turned rather volatile with Robert purposely tricking Frances and calling the cops to have her arrested.

One of the best parts of this show is the cast.  Parker is spot on as the mother of two, working woman who is unhappy enough to seek lust from some other means outside her marriage.  Church is the yin to her yang as the (at first) blissfully ignorant husband who gets blindsided by his wife's affair.  Shannon portrays Frances's annoying, self-centered friend well and Talia Balsam (Mad Men) balances out the trio of women who comes across the sanest of them all (for the moment) despite her husband's infidelity.

HBO touts this show as a comedy and therein lies my problem.  I find very little to be funny about it except perhaps Church's ridiculous 80's porn ‘stache.  Maybe because I've been through (and continue to deal with) a messy divorce, I just can see the humor in it or maybe the writers' attempts at lightheartedness feels too over the top for me.  I'm not sure what it is but I rarely laughed or cracked a smile at this show.  Even the ridiculous opening sequence at the party and Diane's husband's heart attack couldn't produce a laugh no matter how Shannon played it.

The Blu-ray is presented in 1080p High definition video with an aspect ratio of 1.78:1.  The colors are strong and true and the black tones are deep.  The DTS-HD Master 5.1 audio is clear and sharp and the dialogue doesn't get lost at all.  The only extra offered is audio commentary on a few episodes from Sarah Jessica Parker and Executive Producer Paul Simms (Girls).

Divorced is well produced and well-cast with the kind of quality one has come to expect from HBO. It also is entertaining and possibly even funny for the right demographic.  Unfortunately, I am not that demographic and I didn't enjoy the comedic view of marital strife and its impending outcome.