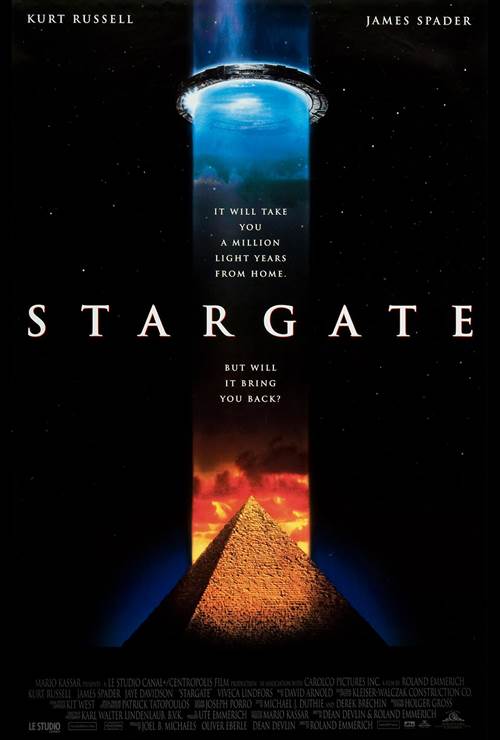 Egyptologist Daniel Jackson is brought to an underground military base where he decodes the symbols on Egyptian cover stones as star constellations. That allows a alien device known as the Stargate to be opened and a team led by Air Force Colonel Jack' O' Neil and Jackson to travel across the known universe to a distant planet. Arriving on the planet, they find a culture ruled by someone pretending to be the Egyptian sun god Ra. Soon, Ra captures the team and takes control of a nuclear weapon brought to the planet in case of the discovery of hostile aliens. Jackson and O'Neil escape and must fight Ra and his army of warriors to save Earth from being destroyed by Ra.