Home / Movie Database / George A. Romero's Land of the Dead 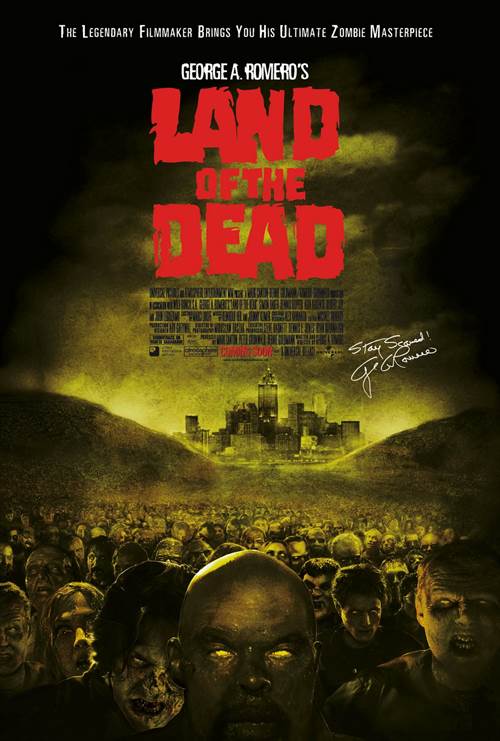 George A. Romero's Land of the Dead Synopsis 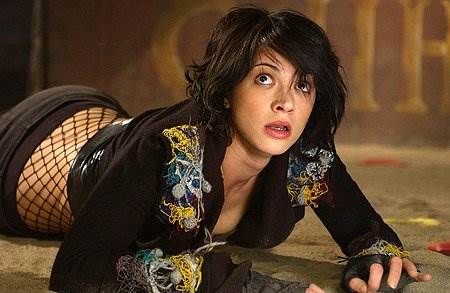 George A. Romero's Land of the Dead is the acclaimed director's long-awaited return to the genre he invented, beginning with the seminal Night of the Living Dead and continuing with Dawn of the Dead and Day of the Dead.

In Romero’s harrowing newest vision, the world (as humankind has known it) is merely a memory. In its place is the never-ending nightmare existence of us -- the living -- versus them -- the “walkers.” What’s left of mankind is cordoned off behind the walls of a fortified city while the walking dead roam the vast wasteland beyond. The few wealthy and powerful try to maintain an illusion of life as it was, dwelling high above the city in the exclusive towers of Fiddler’s Green, the last bastion of the ruling class. On the streets below, however, the remaining, less fortunate of the city’s inhabitants eke out a hard-scrabble life, seeking what little solace they can in the vices available -- gambling, flesh trade, drugs -- anything that offers even a fleeting respite from the hell their lives have become.

Both the lofty heights of Fiddler’s Green and the demoralizing lows of the city below are lorded over by a handful of ruthless opportunists, led by Kaufman (DENNIS HOPPER), who keeps his hands in everything, from real estate to less above-board pursuits. To bring food and other essential supplies to the occupants of the city and to allow the Green’s well-to-do to acquire the scarce luxury items to which they were once accustomed, a hardened group of mercenaries -- headed by Riley (SIMON BAKER) and his second-in-command, Cholo (JOHN LEGUIZAMO) -- run retrieval missions outside the city, protected by their massive armored vehicle, Dead Reckoning. Riley and Cholo, like Kaufman, are in it for the money, which they hope to use for their own escapes -- Riley to the North, with promises of “a world without fences” and freedom, and Cholo to the luxury of Fiddler’s Green, far away from the violent life he has known.

While Kaufman and his employees concern themselves with commerce, life is changing both within and beyond the walls of the city. Unrest and anarchy are on the rise among the city’s disenfranchised and outside, the army of the dead is changing, evolving, learning to organize and communicate.

When Cholo commandeers Dead Reckoning, intent on extorting millions out of Kaufman and his cronies, Riley and his ragtag group -- including Slack (ASIA ARGENTO) and Charlie (ROBERT JOY) -- are called into action to stop Cholo and, in the process, protect the city and its population from the growing army of evolving zombies storming its weakening perimeter.

George A. Romero's Land of the Dead images are © Universal Pictures. All Rights Reserved.


Weinstein Company Picks Up George Romero Diary of the Dead  9/13/2007 11:00 AM EST
According to The Hollywood Reporter, Diary of the Dead, the new film by George Romero, has been picked up for distribution in North America and Mexico by The Weinstein Company.The latest zombie movie by Romero will chronicle the beginning of the livi... | Full Article

Zombie Film Maker, George Romero, Prepares New Horror Film  8/25/2006 1:04 PM EST
"George Romero's Diary of The Dead", a zombie horror film, will begin shooting October 11th in Toronto. George A Romero (Night of The Living Dead) will write and direct. The story will focus on a group of college students who stumbles across a real z... | Full Article