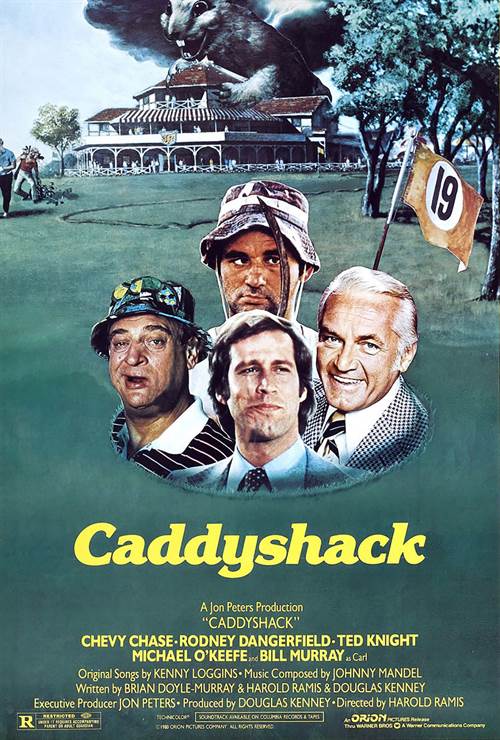 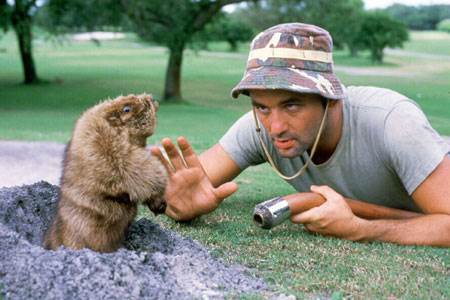 Comical goings on at an exclusive golf club. All the members are wealthy and eccentric, and all the staff are poor and slightly less eccentric. The main character is 'Danny'; he's a caddy who will do almost anything to raise money to go to college. There are many subplots, including the assistant green keeper's pursuit of a cute (obviously stuffed) gopher.

Download Caddyshack in Digital HD/4K from the iTunes store. 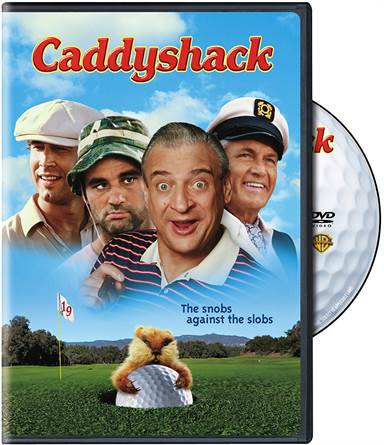 I am by no means biased against the "zany" genus of comedy. The Airplane! movies and Hot Shots! movies I consider classic films among any form, and Mel Brooks's Robin Hood: Men in Tights I still consider on a level with the recent Robin Hood, as good as I may have granted that.

These films, however, cloak their zaniness in an alternate universe where surrealism is the rule. So they should, because surrealism gives you all the license you need to take "zany" to new and unexpected levels. This is not the style of beloved classic Caddyshack. This film is set in the real world, albeit a world with a sentient gopher, one of the few sops to the surreal, and a terrible picture of humanity they have painted for us in our real world. It is a place where hatred, pain, destruction, betrayal, and pursuit of self-gratification above all else reign. The people in Caddyshack do not interact with each other; they inflict themselves on each other. Anyone who questions this state of affairs is treated to more of the same, and we, the audience, are expected to sympathize with these monsters, and find great humor in the worst of them.

I can find very little comedy in this movie, and therefore on content I must give it a C. But you're not looking at Caddyshack because you want to know whether it's any good; you probably already have some idea yourself. The question at hand is whether, as an existing fan of Caddyshack, this recent re-release is worth your time. So never mind my qualms with the content of the film--let's look at the technical form this new version takes.

The video is exceptional, given the source material. Fine detail is the rule, and the film noise appears to be a reproduction of the source, not a substitute for genuine detail. Plenty of bits are allocated to avoiding blocking and blurring issues you see with some lower bitrate video. It also manages to avoid a chronic problem transferring older movies with desaturated colors, especially red; only in a couple places is a desaturated red or blue overlooked.

The newly remastered audio is decent, but doesn't earn quite as high marks as the video. You usually don't get that "lo-fi" feel so common to older films, but a little more suppression of the midranges would have done the intent of the soundtrack justice.

This release includes a new making-of featurette with the special features. After the exhausting Valentine's Day Garry lovefests, it was nice to see people talking about a beloved classic with at least a little perspective. To be honest, though, perhaps it was simply a relief to see characters who weren't entirely horrible. I give the non-content a B.